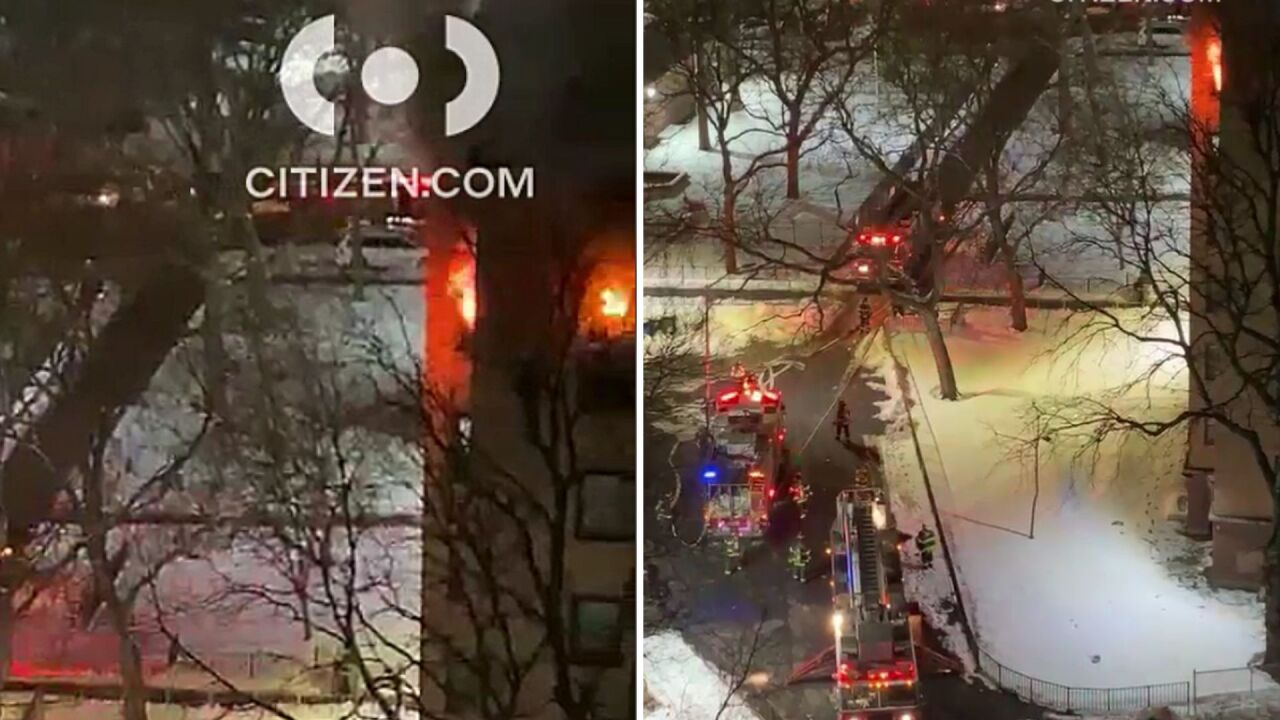 Citizen App
One person was injured when flames tore through a Bronx apartment on the seventh floor of an eight-story building on Story Avenue in the Soundview section early Sunday, Dec. 20, 2020, according to the FDNY.

SOUNDVIEW, the Bronx — One person was injured when a fire broke out in a Bronx apartment early Sunday, according to the FDNY.

Fire officials said units responded around 2:15 a.m. after reports of flames in an apartment on the seventh floor of an eight-story building at 1800 Story Ave. in the Soundview section.

Video from the Citizen App showed large flames shooting out two windows of the residence as crews worked to get a rescue ladder up to one of the windows.

Authorities said 78 firefighters battled the blaze, which was officially placed under control just before 3 a.m.

The extent of the victim's injuries was not released.