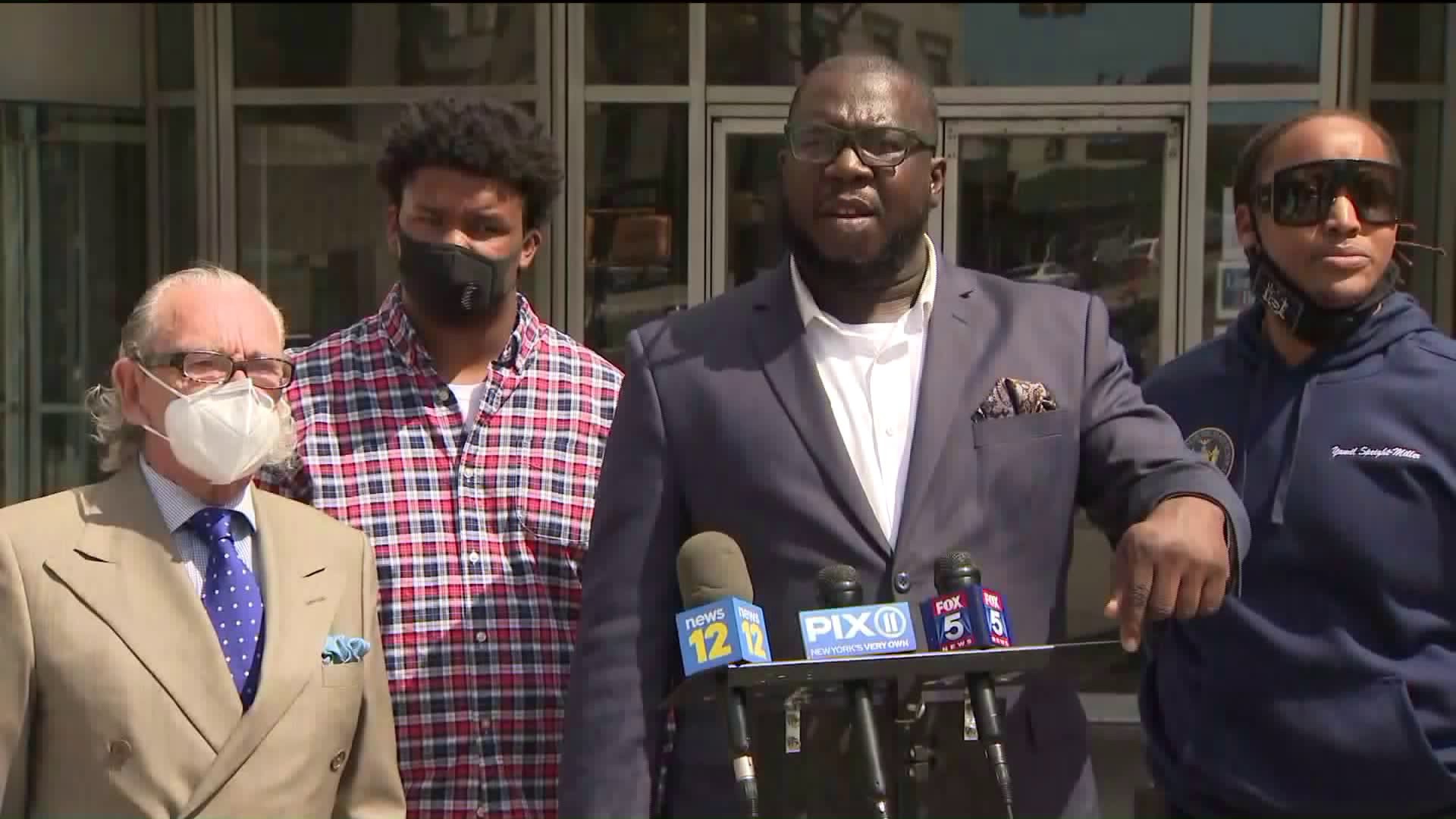 One young Bronx man and his family are suing the NYPD over an incident that sent him to the hospital.

THE BRONX — A Bronx teenager and his family are suing the NYPD over an incident during a protest that sent him to the hospital.

Jahmel Leitch's family and attorneys say there are two very different, important issues in this story: the before and the after. They were meeting with the Bronx DA Thursday about the after.

The before pertains to what the 16-year-old was doing on the night of June 1. The NYPD says he was taking part of looting and may have been part of the looting of a T-Mobile store. His family says he was not and was just in the wrong place at the wrong time, just walking by.

The main issue, according to the family, is how he was treated when police got to the scene.

According to family, cops used a Taser three times on Leach, to his head, leg and shoulder, on the night of June 1 while taking him into custody in the Bronx. Family said the boy was also in danger of "losing all of his teeth."

The teen's family released the above photos of the teen in the hospital after the incident to show the severity of his injuries.

Mayor Bill de Blasio tweeted Wednesday night saying he's aware of the incident and is "troubled" by what he heard after talking to the family.

"We're going to get them answers," the mayor wrote, adding that the NYPD had launched an investigation into the incident.

Police confirmed to PIX11 that the matter is "under internal review."

According to police sources, the NYPD alleges the boy was arrested on Fordham Road after he was seen running in and out of a looted T-Mobile store and attempting to set a pile of trash on fire, all amid rampant looting and rioting in the area that night.

Leach's family deny the claims and said the teen was not involved in any acts of violence.

The teens family also claim police arrested him and brought him to the hospital without notifying his mother, despite that he is a minor.

NYC Schools Chancellor Richard Carranza tweeted Wednesday night that he was "horrified" by the incident. "There is no place for violence against our students," Carranza wrote.

"The New York City Department of Education condemns police brutality... We are here for Jahmel and his family, and all our families, staff, and students during this painful time and beyond," he wrote in a series of tweets.

At a press conference Thursday, attorneys for the family were on the attack.

"This has nothing else to do with anything but the injustices and the misconduct and the brutality and the thugs of the New York City police department."