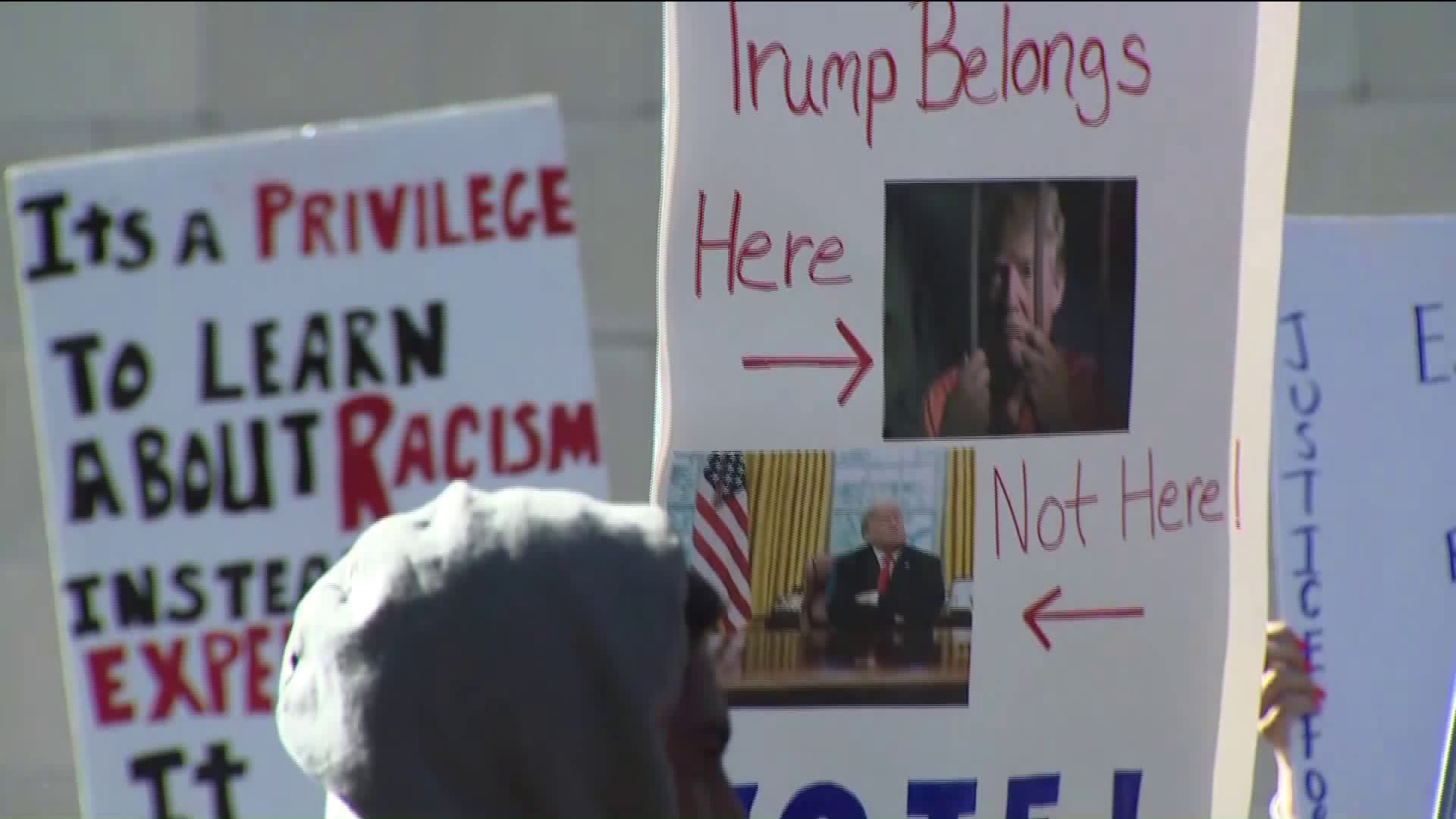 Families of loved ones who’ve been killed by police officers came together today in a massive rally encouraging citizens to get out and vote. 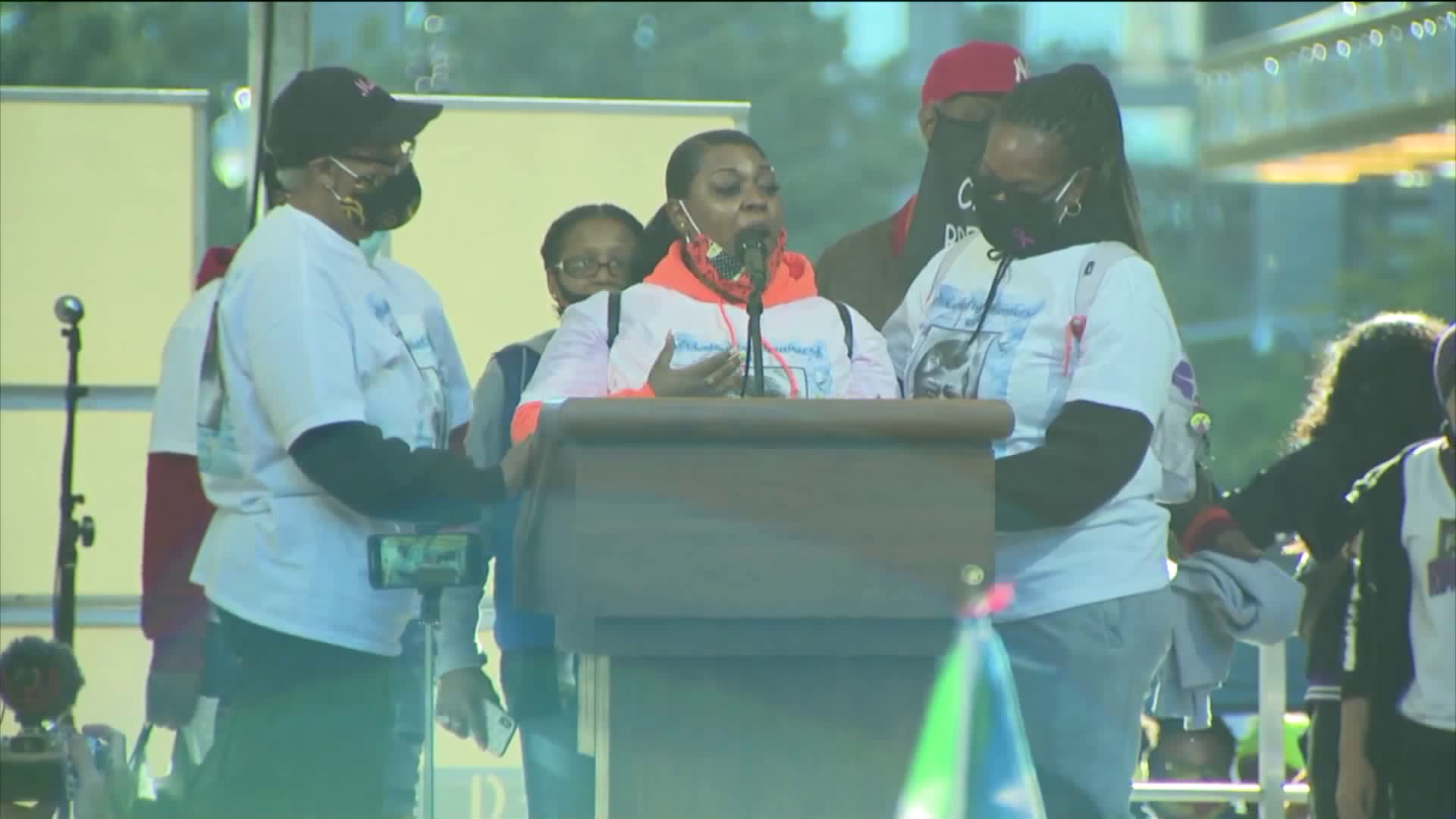 UPPER WEST SIDE, Manhattan — Families of loved ones who’ve been killed by police officers came together today in a massive rally encouraging citizens to get out and vote.

The rally outside of Trump International and Central Park West was called "State of Emergency Get Out The Vote.”

Organizers from “Until Freedom” started the tour in Breonna Taylor’s hometown of Louisville and made its way to the streets of New York, alongside dozens of elected officials.

The rally lasted three hours and it brought together people of all backgrounds, with similar cries for justice and a strong push for voters to change in the way justice is being served.

Breonna Taylor's mother, Tamika Palmer, and the family of Eleanor Bumpurs, helped lead the rally. Both Taylor and Bumpers were killed by police officers. Taylor died in March and Bumpers, a Black disabled elderly woman, died in New York, in 1984.

The granddaughter of Bumpers, also named Eleanor, spoke on behalf of her family.

“When does it stop? When we do become somebody that somebody thinks about?“

Palmer says she doesn't want anyone else to lose a loved one at the hands of police or violence, so she's putting her attention on the election season, asking others to join in her fight for justice and peace.

Organizers from “Until Freedom,” also declare the current national climate an emergency.

“So we believe going to the ballot boxes in massive numbers in a collective unified voice to talk about changing this nation in moving forward,” said Rev. Stephen Green, of Queens.

“Until Freedom” is planning more tours around the east coast and southeast until Election Day Nov. 3.