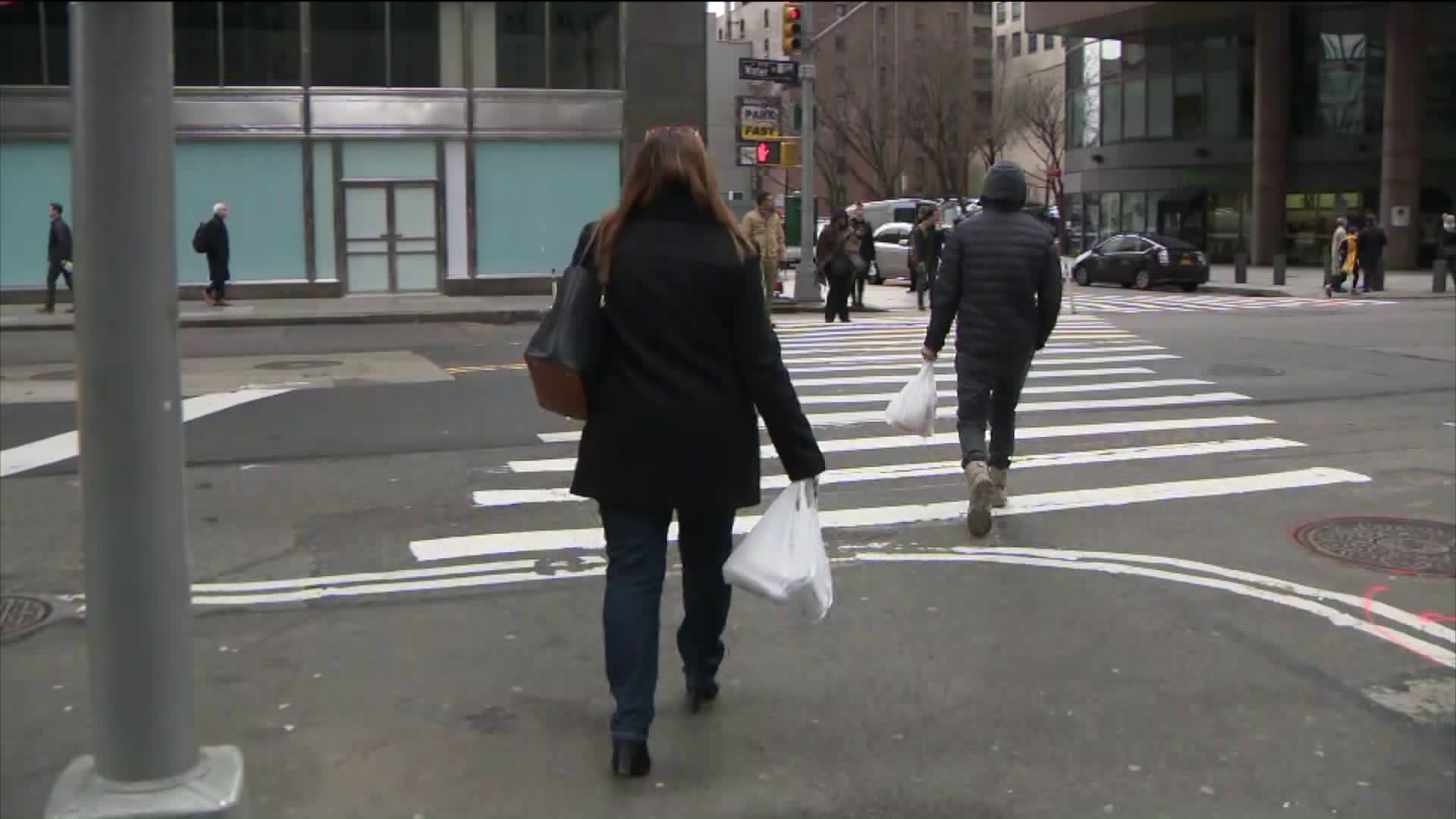 Single-use plastic bags are on their way out from city stores starting March 1 when a statewide ban goes into effect and bodega owners and some shoppers are not happy.

CITY HALL, Manhattan — Single-use plastic bags are on their way out from city stores starting March 1 when a statewide ban goes into effect and bodega owners and some shoppers are not happy.

Customers can either pay an extra nickel for a paper bag or bring a reusable bag from home.

Mark Cjonaj, chair of the Committee on Small Businesses, called out the change at a 'Plan the Ban, Stop the Chaos' rally on the steps of City Hall on Thursday.

“March 1st is just around the corner," he said. "New York is not ready for this. Supplies are not ready. We need more time."

Bodega owners, supermarket workers, activists and clergy members said small business owners and communities of color will be the most adversely affected by what they call a lack of planning by Gov. Andre Cuomo and the New York State Legislature.

“Governor Cuomo, when you want to run for higher office, what questions will be asked? That you hurt the small bodegas that are the heartbeat of New York?” Frank Garcia, the national chair of the Association of Latino Chambers, said that the rally.

Governor Cuomo just announced a statewide educational and outreach campaign, which includes reusable bag distribution, being done by the Department of Sanitation for all city residents.

So far, 700,00 of these orange reusable bags have been given out and one was even worn as part of the costume by a rally counter-demonstrator.

“We have every reason to believe the state will focus on public education and get people to switch to reusable bags and not pay for the paper bags,” Eric Goldstein, environmental director of the Natural Resources Defense Council, told PIX11 News.

The city’s sanitation department is giving out the free, reusable bags. To find an event in your neighborhood, go to the DSNY website of take the Zero Waste Pledge online and the city will mail you one.