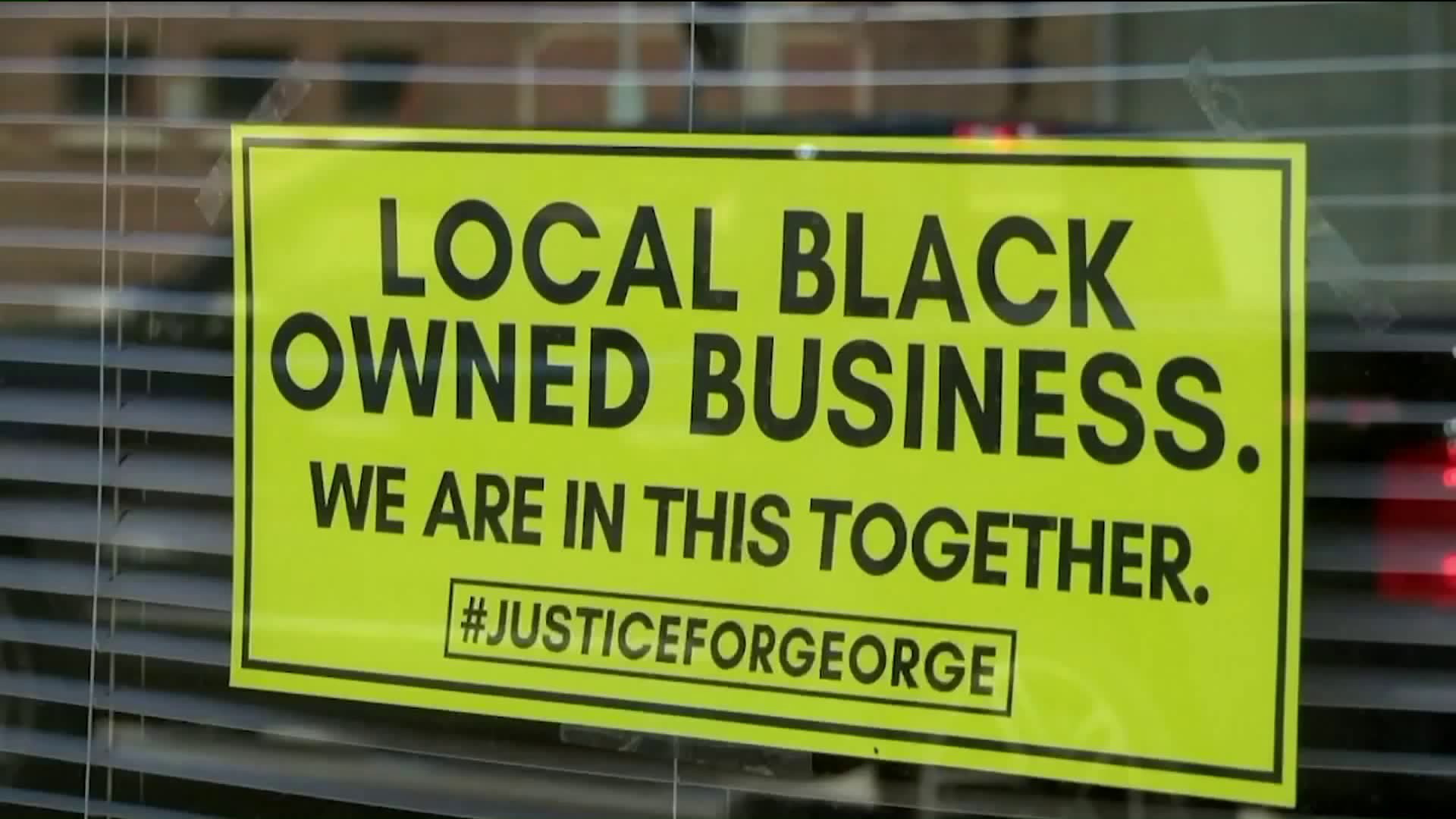 Protesters demanding an end to systemic racism flexed their economic muscles on Tuesday for Blackout Day 2020; people were urged not to spend any money.

NEW YORK — Protesters demanding an end to systemic racism flexed their economic muscles on Tuesday for Blackout Day 2020; people were urged not to spend any money.

Blackout Day creator Calvin Martyr urged people to spend at Black-owned businesses, like Seasoned Vegan in Harlem, if they needed to buy something Tuesday.

In 2018 alone, Black American spending on consumer goods added up to $1 trillion, according to Nielson. Seasoned Vegan co-owner Aaron Beener noted Black Americans have "such an enormous purchasing power."

"We could have taken our business to any neighborhood in the city, but we did it here because the need is here in terms of just our own community health," Beener said.

"Use it as an opportunity to embrace financial literacy, financial education, promote black business, promote investments, so that way we can start creating wealth," Burnett said.

College senior Bryce Council is getting a life lesson in Black-owned business. He turned his passion for fashion and basketball into clothing bran Cyisoon.

"I saved up the money I had, I brought my first 12 shirts and since then I’ve just been reinvesting," he said. "The 'CYI' stands for 'count yourself in' and the 'soon' stands for 'something out of nothing.'"

Council saved up money from a summer job to launch the company.

"I learned that, you know, I'm a fighter, and that I'm gonna get things done," he said.

Support from Black clients have encouraged him to keep going and growing.

"That's what the brand is all about: just believing in in myself," he said. "And inspiring other people to believe in themselves."