'Black Lives Matter' to be painted outside Trump Tower 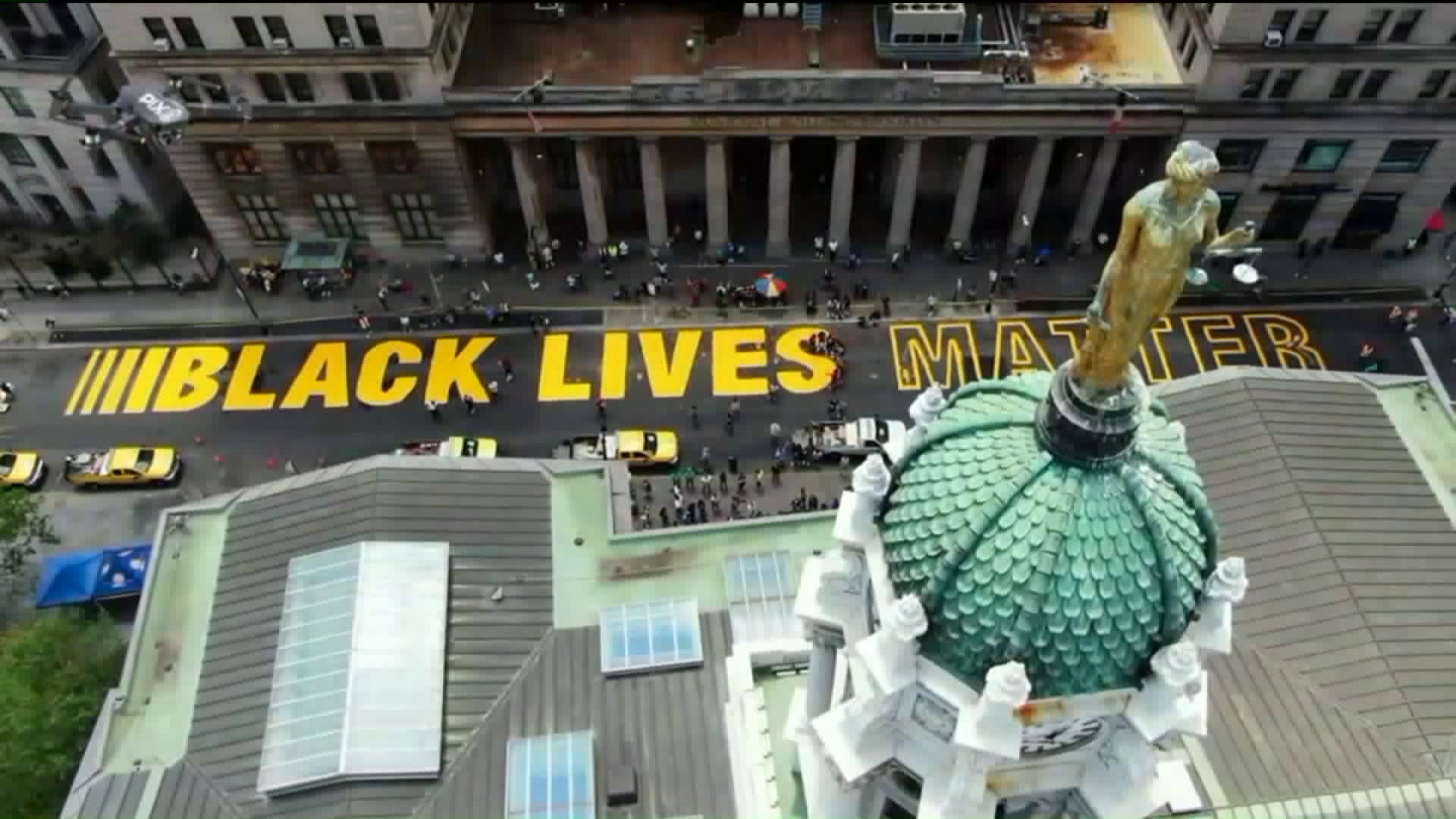 De Blasio says there's a purpose behind the plan.

"Painting 'Black Lives Matter; outside his home is a message to him that in fact black lives do matter, that black people built New York City and they've never been compensated for all they did."

On Twitter, President Trump slammed de Blasio's plan to paint the message on "the fabled and beautiful Fifth Avenue." He then referenced ongoing tensions between protesters and the NYPD, including protests that have called for less funding for policing and more to support communities of color.

In Brooklyn, volunteers worked together to create the city's latest Black Lives Matter mural. The bright words are now directly in front of Borough Hall.

"All the movement that happened over the past few weeks wasn’t just a one time thing," said Assemblywoman Rodneyse Biochette.

"It went from the back alleys of conversation to the main roadways of our country," he said. "It keeps it at the forefront of our thinking and psyche, so when the marching may stop, people will still have to march across these roads."