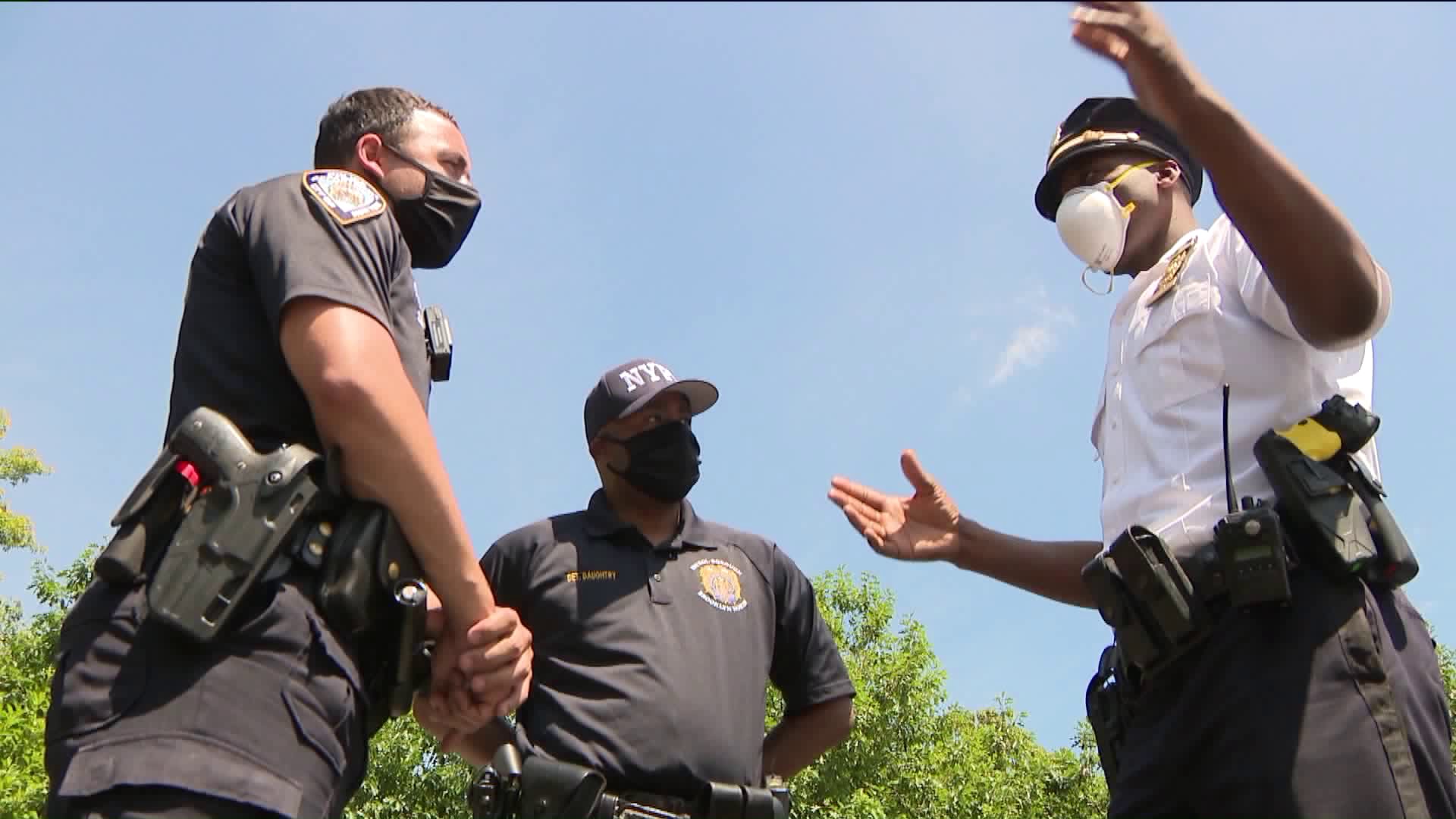 NEW YORK CITY — As the call for police reform grows throughout the country following the death of George Floyd at the hands of police, NYPD black and Latino officers are finding themselves caught in a different kind of conflict, one between doing the job they were sworn to do and their identity as people of color.

Daughtry said at that moment, he knew it was no longer a peaceful protests, but he and his colleagues of color realized protesters weren't attacking them specifically, but their uniform.

What was coming was an internal battle between upholding the law and being true to themselves and their personal experiences growing up around white privilege.

Badge aside, as Black and Latino men, these officers have a deeper understanding of the protesters plight.

“When we come to work, we don’t forget who we are," Capt. Sheppard said. "The unfair treatment, the racism, the prejudice when we take off this uniform”.

Then, there is the reason why they chose to wear the uniform.

“I grew up on the Lower East Side in the Smith Houses and lived there all my life," Officer Jonadel Dorrejo said. "Wearing this uniform makes me feel proud. I have two kids and they see me as a superhero.”