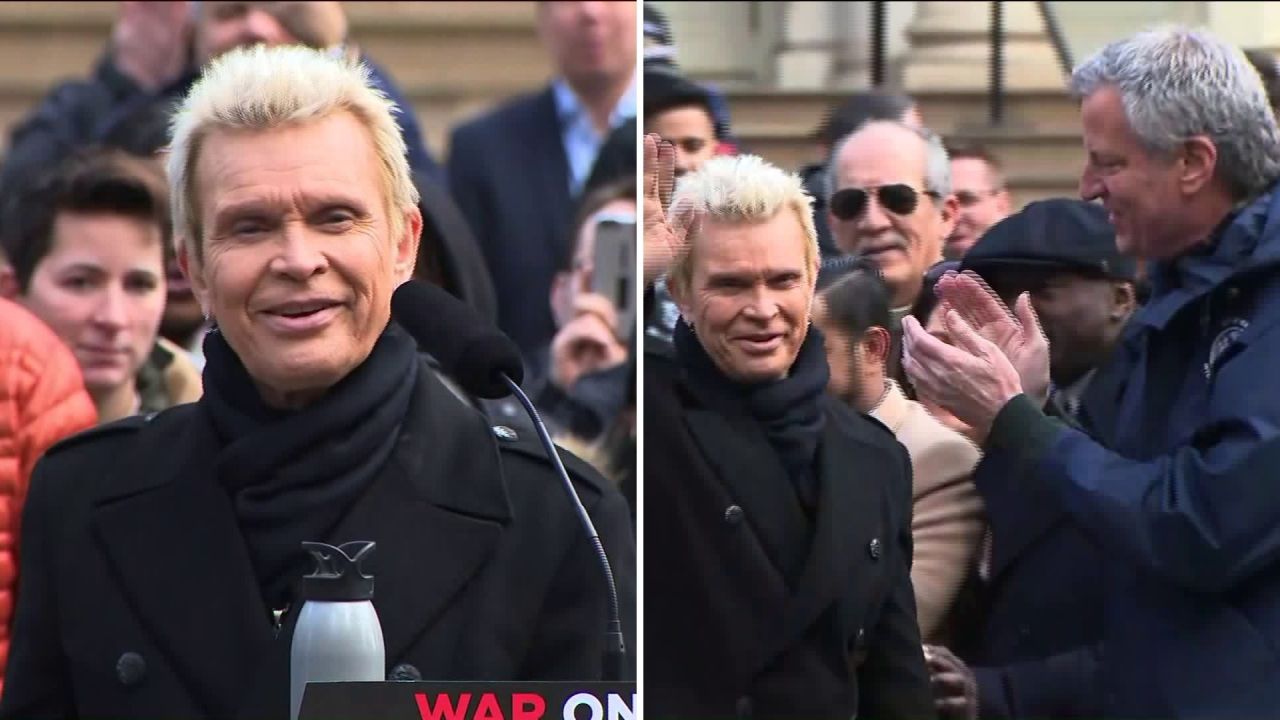 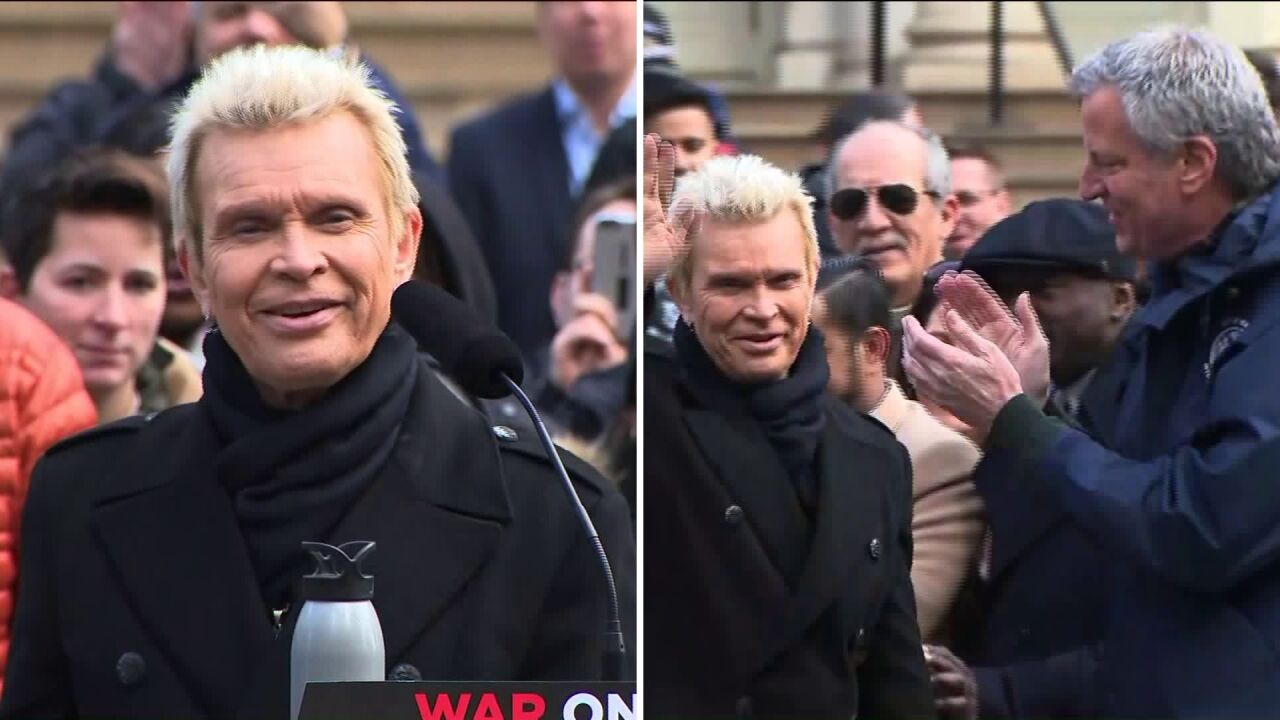 Musician Billy Idol is throwing his support behind an anti-idling vehicle initiative.

The million-dollar awareness campaign is called “Billy Never Idles” encourages people to avoid idling their vehicles for more than three minutes, which is the law.

The singer, born William Michael Albert Broad, joined the mayor for the city hall announcement Thursday morning to chants of “shut it off” and “Billy never idles.”

So far, the city has focused its enforcement efforts on commercial vehicles, even giving — “Mony Mony” — more than $350,000, to citizens who’ve reported illegally idling vehicles through an online portal.

“Idling is just stupid,” Mayor de Blasio said. “We all do it, but we don’t need to. Sitting there in a car, not going anywhere, and polluting the environment... it makes no sense.”

Idol currently lives in Los Angeles and primarily gets around by motorcycle, However he was a big part of the city’s punk rock scene in the 80s, and often took the subway. He joked he would clutch his guitar tight so no one would take it.

Idol said the mayor’s staff approached him about the punny initiative, and he thought: why not?

“When I heard about this campaign, I know it’s amusing, but at the same time it’s very serious,” he said.

The city said reducing idling can have the environmental effect of taking nearly 20,000 cars off the city streets every day. So far the enforcement efforts have been limited to commercial vehicles, but private vehicles will begin getting citations soon.