Backpacks for the Street aim to help, talk to the homeless 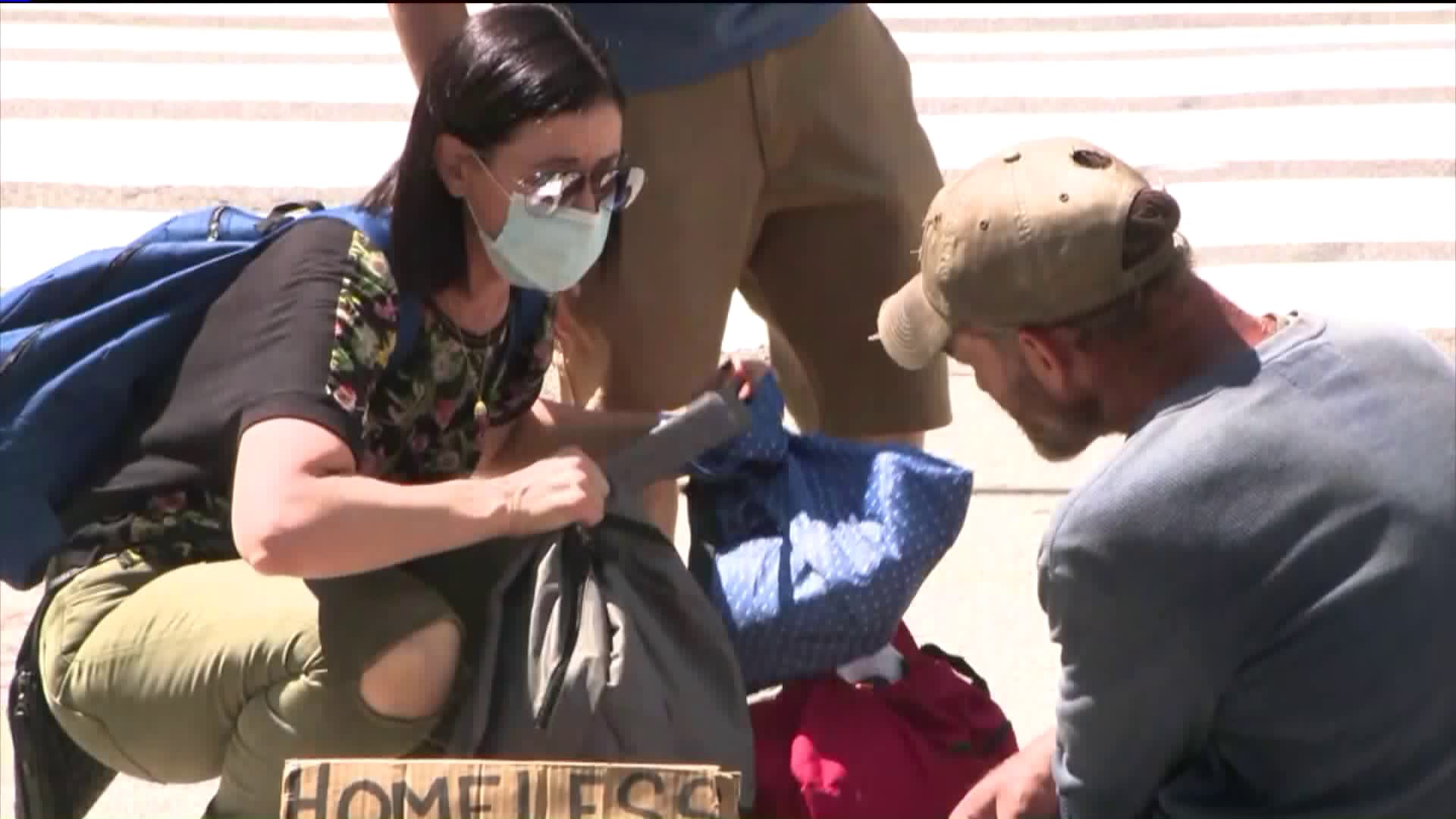 The number of homeless men and women on the street appear to be growing and now one organization, Backpacks for the Street, is handing out supplies to give the homeless some hope and dignity.

MIDTOWN, Manhattan — You see them everywhere, the number of homeless men and women on the street appear to be growing.

One organization, Backpacks for the Street, is handing out supplies to give the homeless some hope and dignity.

“Alot of them just feel very lonely,” Jayson Connor, a co-founder of Backpacks for the Street, told PIX11 News. “Because so many treat them like they are the lowest form of humankind, even lower."

Connor is one of so many of the unsung heroes of the homeless outreach movement handing out backpacks to the city’s most vulnerable and their jobs are getting tougher and more demanding every day.

Because of the pandemic, the number of homeless men, women and children is growing and now another blow. The NYPD’s Homeless Outreach Unit was just disbanded after the City Council and Mayor de Blasio took the responsibility away from the department entirely.

“It’s more like a lunch to the guy,” Jeffrey Newman, President and CEO of Backpacks for the Street said. “They’ve been kicked out of Grand Central, Penn Station and the subways where they used to take shelter. And now the city isnt’t even trying to get services to them."

The co-founders of Backpacks for the Street work 15-hour days, seven days a week, giving out napsacks of food, essential clothing and COVID-19 supplies of masks, hand sanitizers and gloves.

On this mission outside Grand Central Terminal, they were joined by four volunteers.

“I had COVID back in March,” said Michelle Landry. “And since I recovered, I feel an obligation to get out on the front lines and help because I can."

It is not known exactly how many people are living on the streets, but with the rent due and unemployment rising, the volunteers say there is no doubt the numbers are growing and compassion is needed.

“This is fine,” Regina told PIX11 News. “it’s the best thing anyone can do for me today."

Another homeless person outside of Grand Central took the business card for the volunteers from Backpacks for the Street and said he would call them for help with housing.

“I need to get off the street before it gets too cold,” Winston Kingston said.

And Jayson Connor, who used to be homeless himself, told PIX11 News that “a lot want to speak to someone. They want to be heard."