At least 8, including a pedestrian, suffer minor injuries in collision involving bus: officials 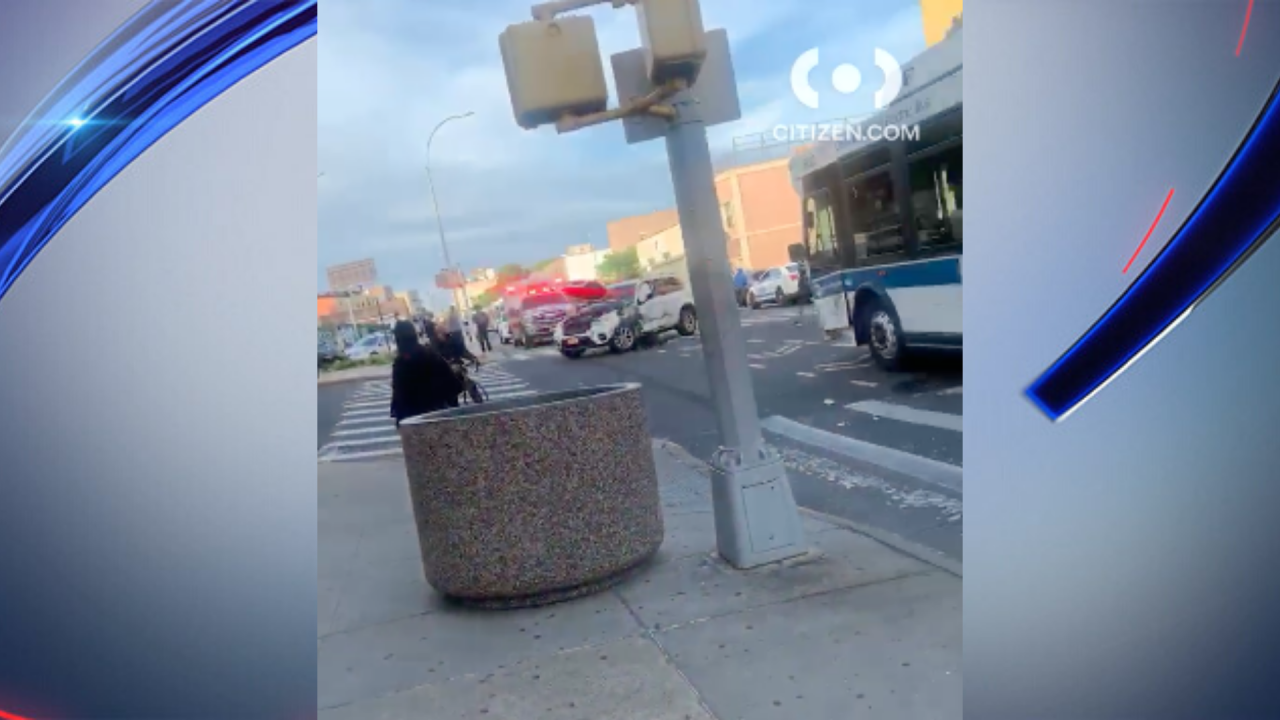 EAST FLATBUSH, Brooklyn — Multiple people were injured when an MTA bus was involved in a collision in East Flatbush Tuesday, including a pedestrian, according to authorities.

Video from the Citizen app appeared to show the bus in question, along with another damaged vehicle believed to be involved in the collision at 98th Street and East New York Avenue.

The NYPD later told PIX11 News the driver of the bus suffered a medical episode and collided with an occupied car, parked cars and a pedestrian

An FDNY spokesperson said at least eight people were being treated for minor injuries. Three refused medical attention, and other were being evaluated. Nobody suffered life threatening injurues, the NYPD said.

The MTA said on Twitter that buses were delayed at East New York Avenue and Ralph Avenue due to a car crash but did not specify that a bus was involved. E 98th Street is a block away from Ralph Avenue.