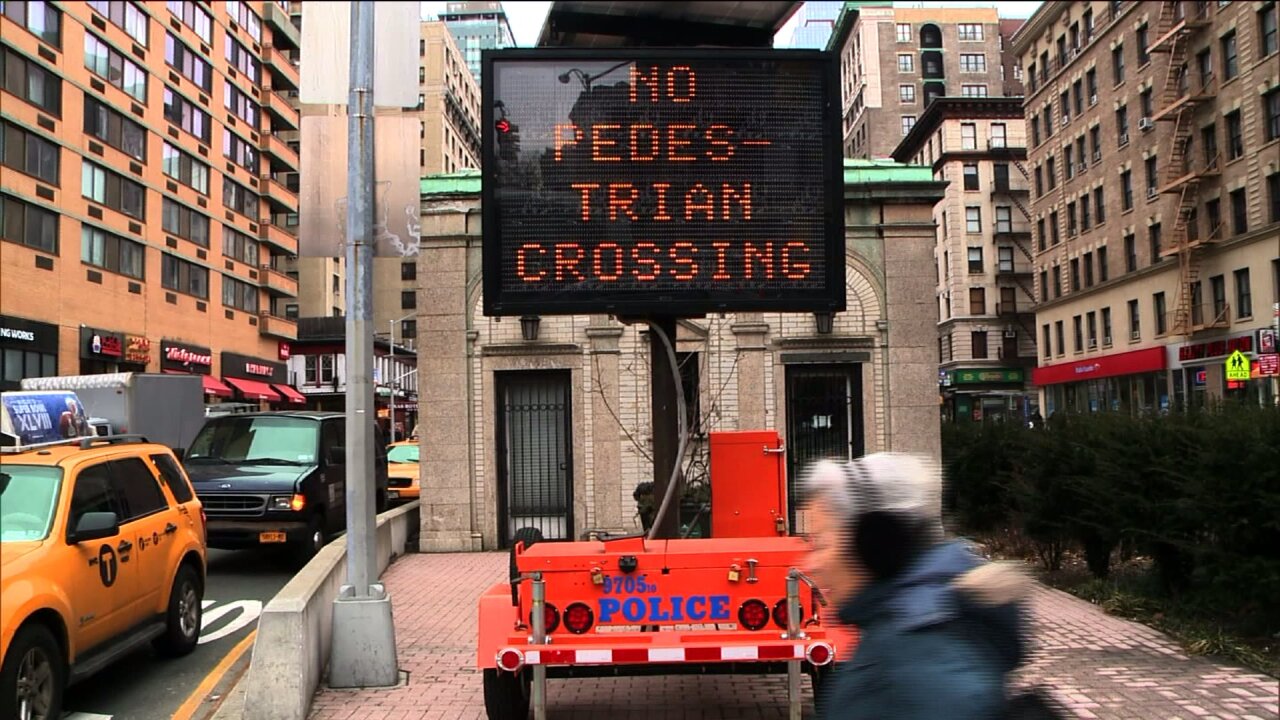 NEW YORK — New Yorkers are known for darting into traffic without heeding crosswalks and traffic lights.

It's a habit that's largely ignored by law enforcement, but the NYPD can and does hand out hundreds of summonses for jaywalking each year. Last year, about 90 percent of all tickets were issued to black and Latino pedestrians, according to city data first reported by Streetsblog.

Mayor Bill de Blasio was questioned about the data at an education event Tuesday.

"I want to see it addressed. And this is a nonstop effort to ensure that policing is fair across all communities," he said. "It doesn't mean that there isn't a place for a jaywalking ticket in this world. We've got to figure out with real challenges with busier and busier streets how we use enforcement for everyone the right way, but it has to be fair. So, I think that the Council is trying to ensure that that’s fair. I commend them and we'll work with them."

"Anyone who lives here and says they don't jaywalk is lying," he tweeted. "It makes no sense to randomly ticket people for it."

Less than one jaywalking summons is issued per day by the NYPD, a spokeswoman said. Police have discretion when it comes to tickets.

"Officers enforce jaywalking if a specific condition exists, at that moment, that would require that enforcement action without consideration of race or ethnicity," the spokeswoman said. "The Department is committed to Vision Zero and keeping our streets safe for all New Yorkers."

But Anthony Posada, the supervising attorney of the Community Justice Unit at The Legal Aid Society, called the statistic "disgusting and indefensible."

“This speaks volumes to how NYPD officers choose to spend their time and what orders they receive from their superiors, and the mere fact that the NYPD still spends resources on enforcing jaywalking is mystifying," Posada said. "It makes clear that the overall agenda of the institution is to keep communities of color in check at all times.”