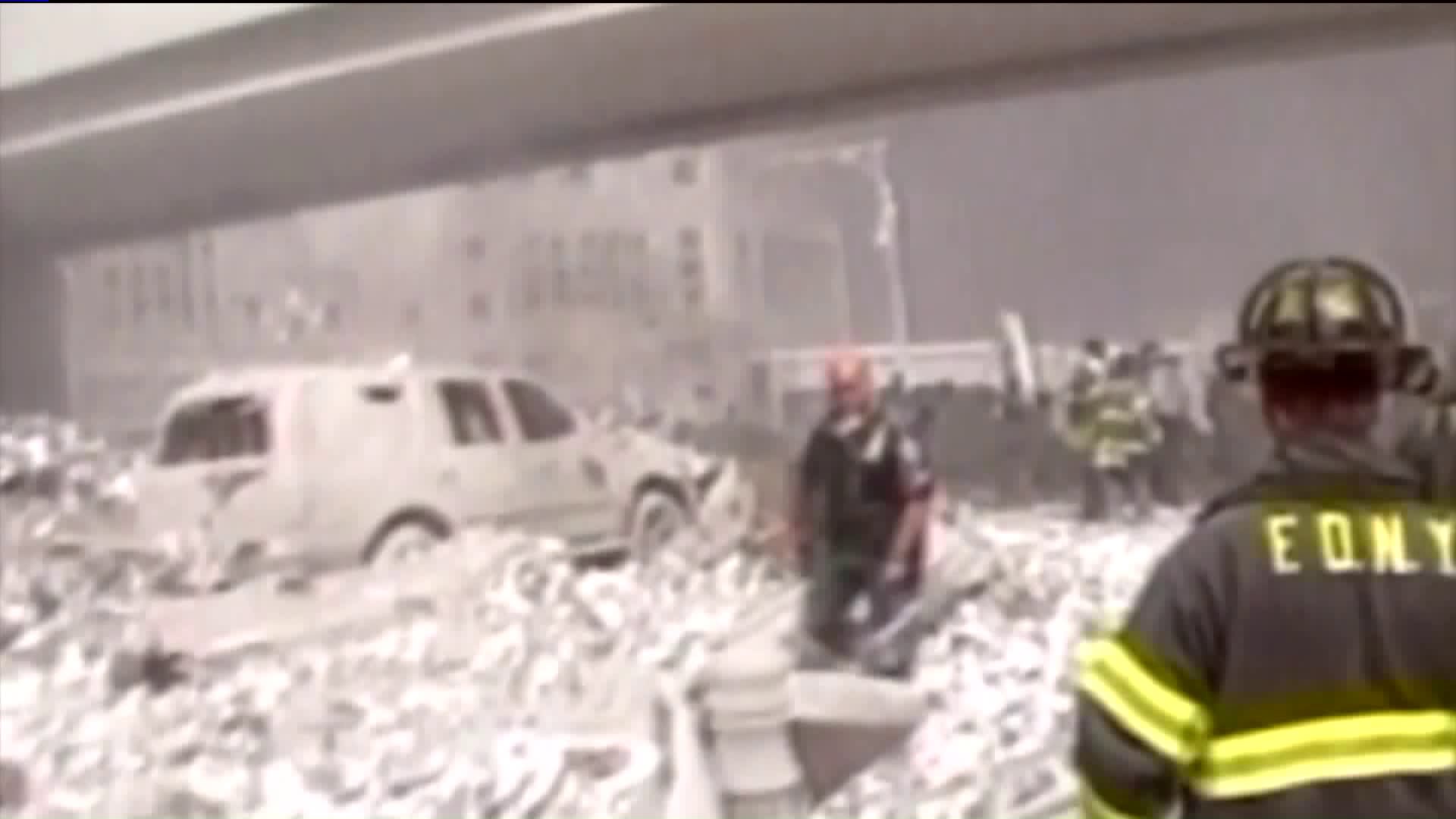 Several 9/11 survivors are at high risk of contracting COVID-19, and officials are urging them to sign up for the 9/11 VCF if eligible.

NEW YORK CITY — Wednesday marks one year since the 9/11 Victim Compensation Fund was re-authorized, guaranteeing access to healthcare and compensation for 9/11 first responders, survivors and their families for the rest of their lives.

It was a big accomplishment, but advocates said Wednesday there is still a lot of work to do in the next one year, because an important deadline looms.

The remaining people range from office workers, students, teachers and beyond. Among them, only 5% registered with the fund since last year, and some advocates worry too many remain completely unaware they and their families are even eligible for these lifelong benefits.

Sixty-eight types of cancer and a number of other illnesses are now linked to this vulnerable community, and now, COVID-19 has led to 25 deaths among them, including the death of Arthur Lacker.

“I really thought he was going to come out of it. I know he fought every step of the way,” said Robin Lacker, Arthur Lacker’s widow.

On April 2, Robin Lacker lost her husband of 38 years. After fighting illness after illness related to Ground Zero toxins he was exposed to as a construction worker after 9/11, Arthur Lacker died from COVID-19.

While his wife remains in disbelief her best friend is gone, she said one source of relief she’s had over the years was the 9/11 Victim Compensation Fund — a fund that helped her pay for thousands of dollars worth of medication.

It was one year ago a hard fight in Washington ensured 9/11 survivors like Lacker would continue to receive benefits from healthcare to monetary for the rest of their lives.

To find more information and to see if you qualify, click here.