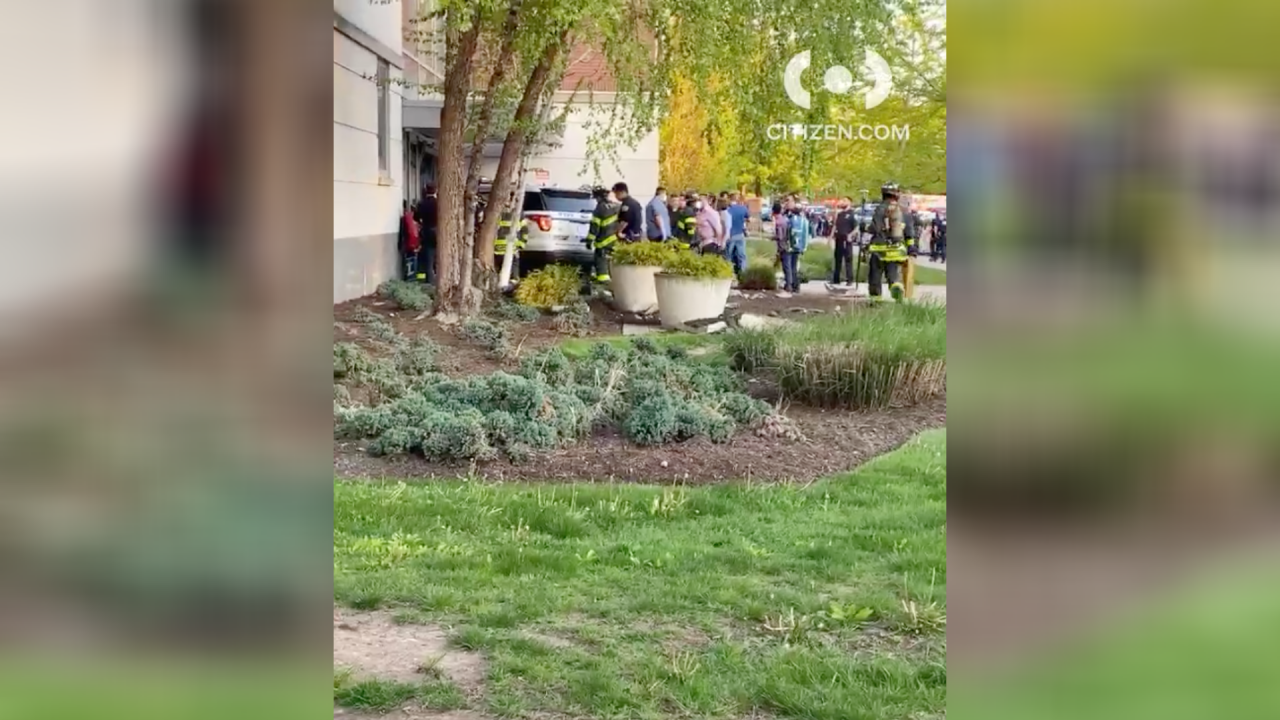 Citizen app video shows the scene where a police vehicle crashed into a Queens building, May 15, 2020.

KEW GARDENS, Queens — Two police officers were transported to local hospitals after their police vehicle crashed into a Queens building, according to the FDNY.

Video posted to the Citizen app showed the scene where the vehicle had crashed into the building of the Lander College for Men in Kew Gardens, with a large emergency response presence.

An FDNY spokesperson said two officers were taken to local hospitals, but could not give an update on their conditions.