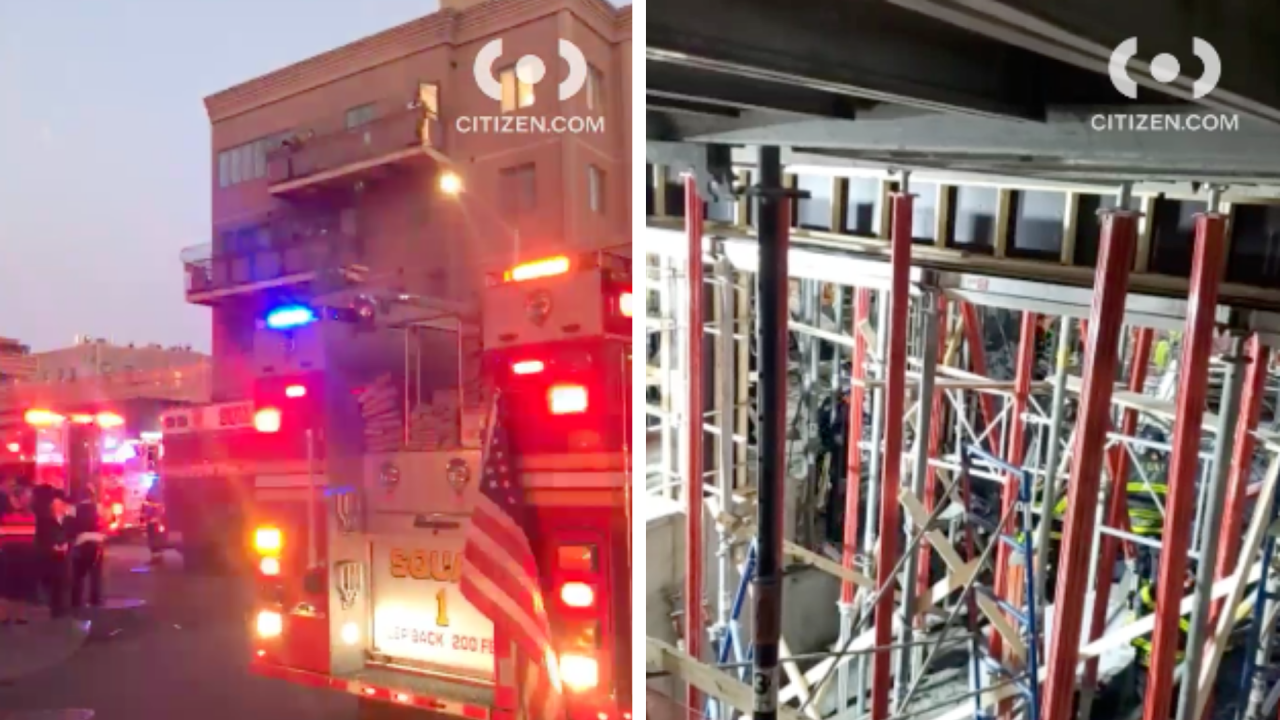 Two people were taken to a local hospital when a construction site collapsed in Brooklyn, May 21, 2020 (Citizen app).

BROOKLYN — Two people were hospitalized in a construction site collapse in Brooklyn Thursday, according to the FDNY.

Two people were taken to a local hospital, authorities said.

The FDNY spokesperson said the incident was under control Thursday night.