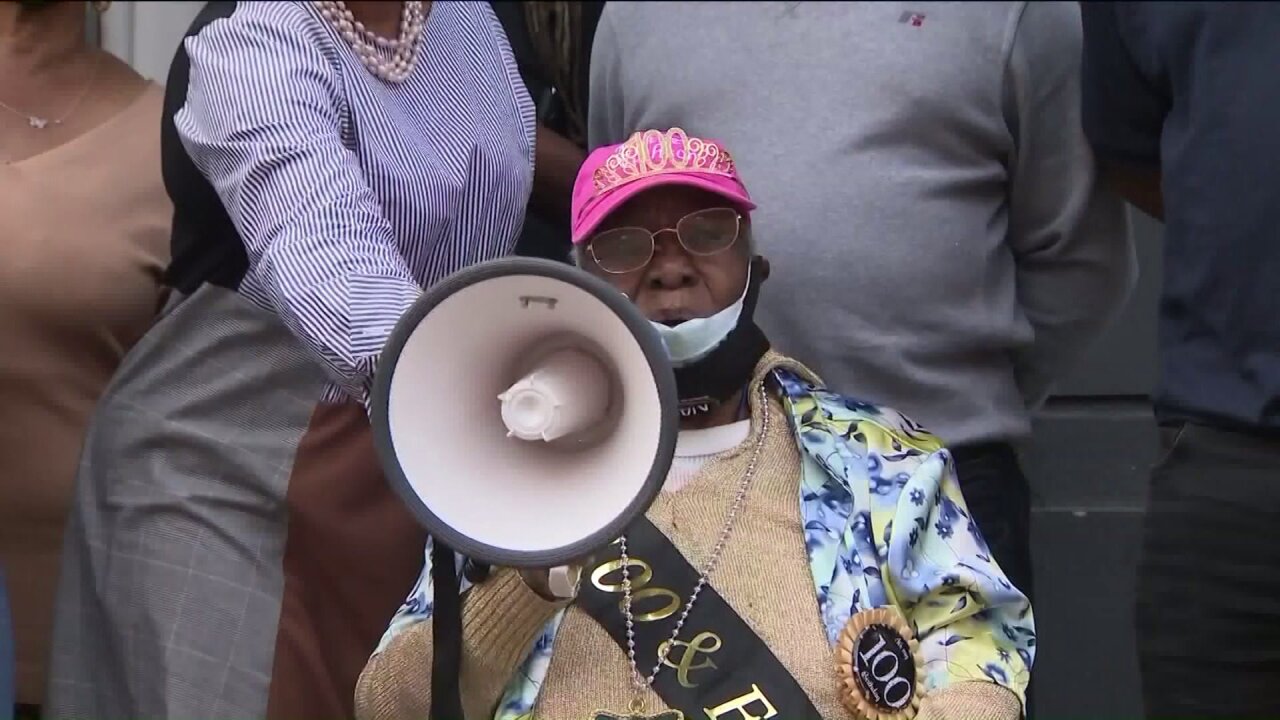 Katherine Nelms Nichson is leading the charge to get people to full out the census. 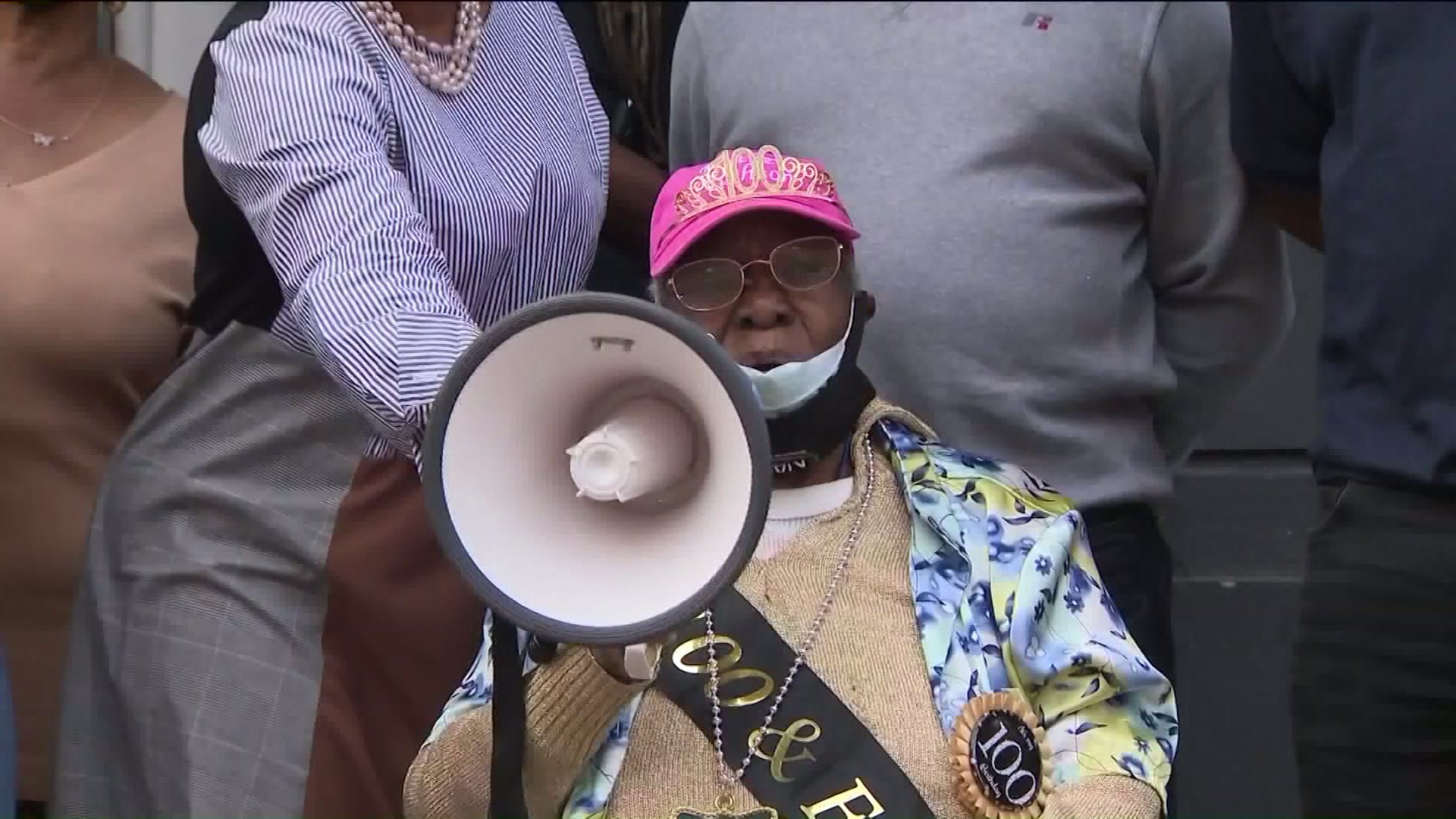 HARLEM, Manhattan — A 100-year-old Harlem woman bellowed a message to neighborhood residents on a bullhorn on Monday: fill out the census.

The deadline is weeks away. Officials said they fear New York City could lose billions of dollars in federal funding and congressional seats if New Yorkers are under-represented. So the race is on to get people to fill out the census. Katherine Nelms Nichson is leading the charge.

“Be counted in the census," she said at the corner of Lenox Avenue and 135th Street. "Come up off your butt."

Senator Brian Benjamin of Harlem said it’s not just on Nichson's birthday, but every day she's a political powerhouse.

“We need all the help we can get in NYC to encourage New Yorkers to take the 10 minutes to answer the 10 questions," Menin said. "It affects the next 10 years."

Menin said the COVID-19 pandemic has severely hurt counting efforts and New York City's response rate for the census continues to lag behind the rest of the country.

As of Friday, New York City had a response rate of 59.3 percent compared to the nationwide rate of 65.7 percent.

“The Manhattan numbers are low in many neighborhoods," Menin said. "We have an issue where people have left because of COVID-19 and we see a pattern they are not filling out the census."

The census is a survey required by the U.S. Constitution. It takes just 10 minutes to fill out and can be done online.

Why is it so important? Its results are used to determine how much money New York City gets from Washington for everything from housing to hospitals, roads, bridges, and schools. It is also used to determine the amount of representation a state has in Congress.

Keith Wright, the leader of the New York County Democrats, hopes Nichson’s energy and enthusiasm will inspire people to just do it.

The census deadline is Sept. 30.

Fill out your census here.