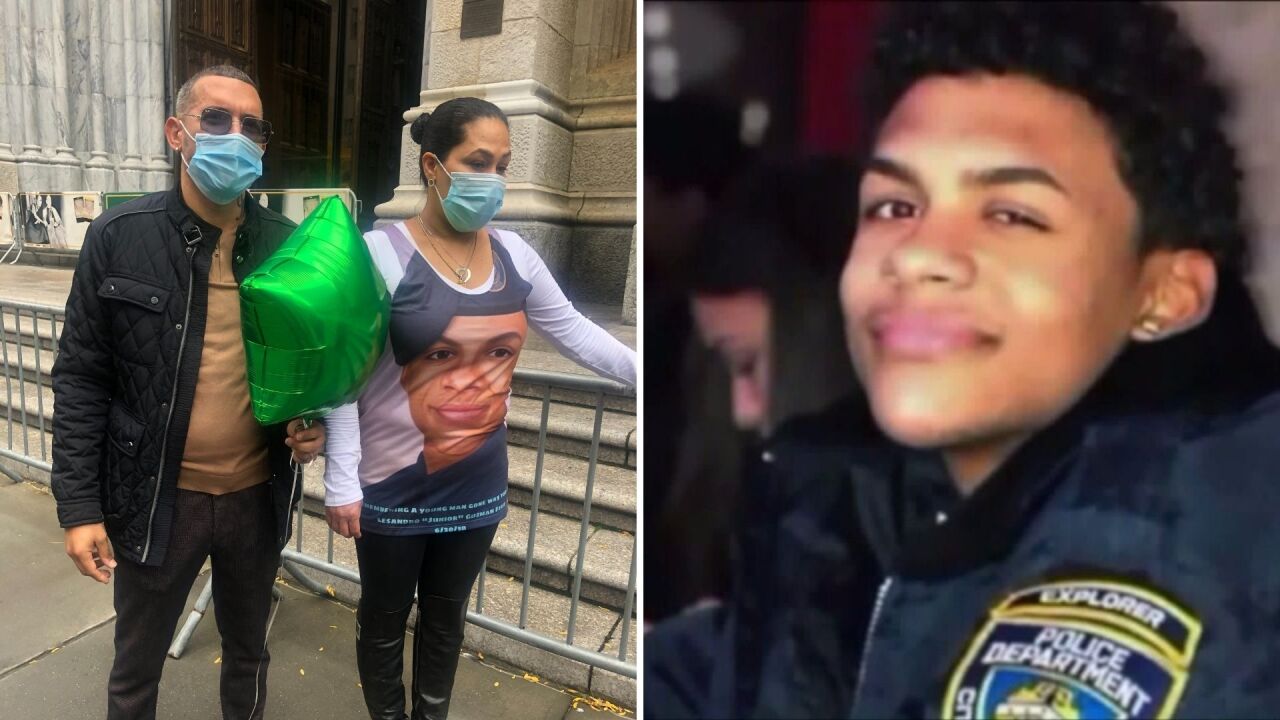 MANHATTAN, N.Y. — The parents of Lesandro “Junior” Guzman-Feliz, the Bronx teen who was murdered by gang members in 2018, released balloons outside St. Patrick’s Cathedral in Manhattan Wednesday, marking what would have been their son’s 18th birthday.

“Ready! Justice for Junior,” the teen’s mother, Leandra Feliz, called out as friends and family members let go of their birthday and star balloons.

The teen's dad, Lisandro Guzman, said he still grieves the loss of his child.

"I have to continue my life but I miss my son," he said.

When asked what her son might be doing on his 18th birthday, Feliz said he would be thinking about going to college and a career in law enforcement.

"He would be happy for his 18th birthday, because he was dreaming to be a licensed driver to drive the car," she added.

The mother of slain teen "Junior" Guzman-Feliz reflects on what she thinks her son would be doing if he were alive to celebrate his 18th birthday: "He was dreaming to be a licensed driver"@MurphyPIX has more: https://t.co/bwX0JHZd0M pic.twitter.com/81PKCo1uv3

On June 20, 2018 — in a shocking crime captured on surveillance video — “Junior,” 15, was chased for blocks in the Belmont section of the Bronx by more than a dozen members of the Trinitarios gang before he was dragged out of a bodega and repeatedly stabbed on the sidewalk.

The gang had mistakenly blamed "Junior" for being at the scene of a shooting two nights before.

Five members of the gang were convicted last year and sentenced to more than 20 years in prison, with one of the men getting life without parole.