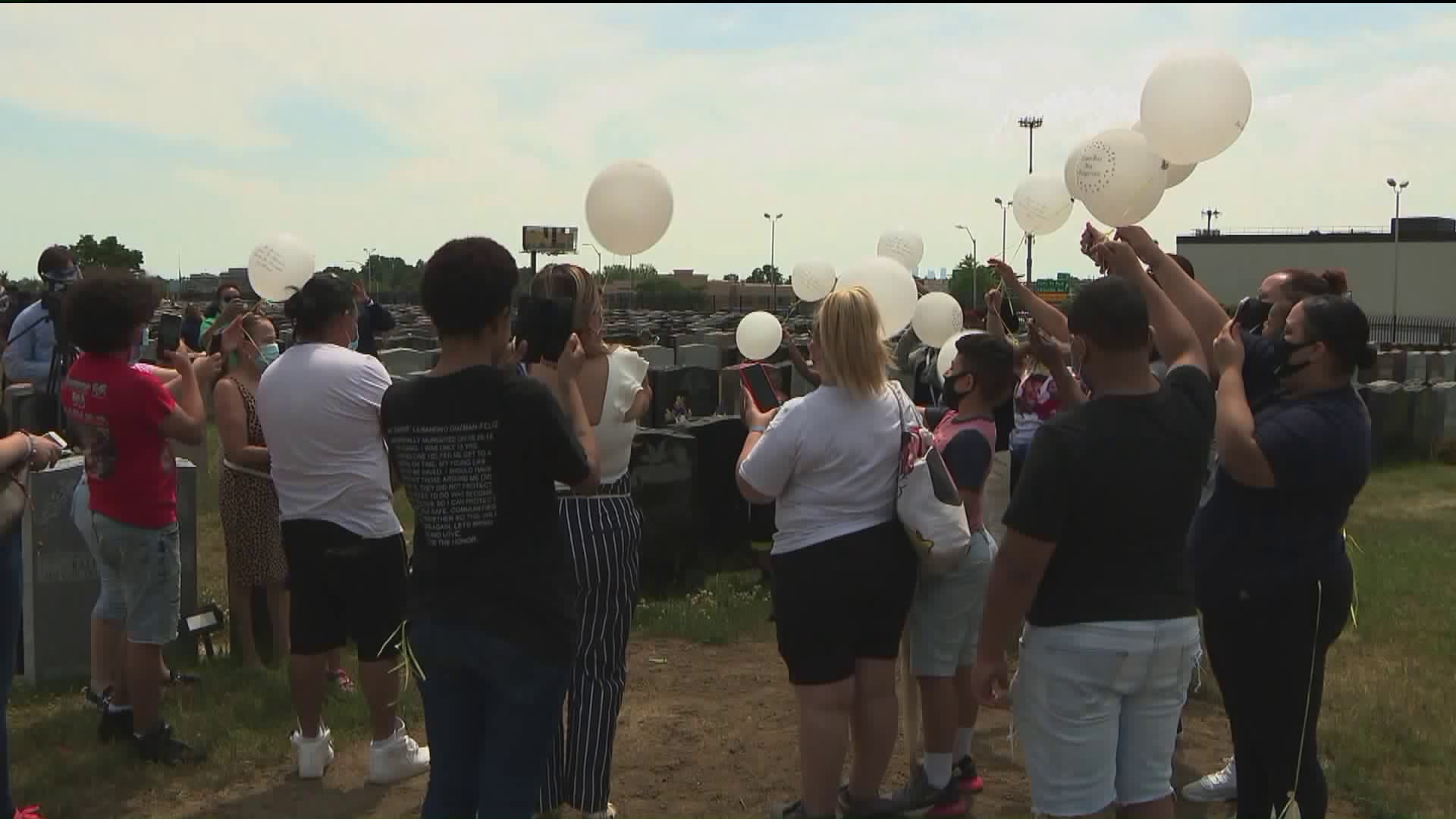 The NYPD held a graveside ceremony Saturday to honor the life of Lesandro “Junior” Guzman Feliz, a Bronx teen who was murdered in 2018. 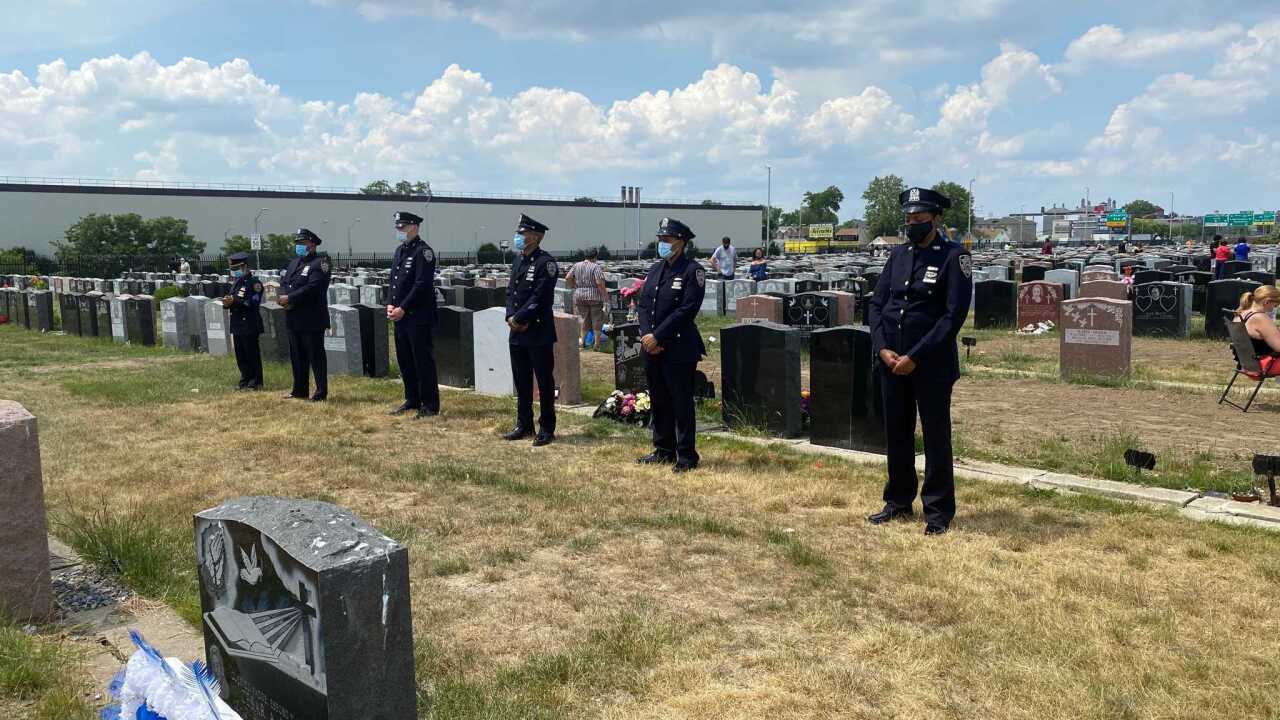 THE BRONX — The NYPD held a graveside ceremony Saturday to honor the life of Lesandro “Junior” Guzman-Feliz, a Bronx teen who was murdered in 2018.

Saturday marks the second anniversary of the 15-year-old’s death, which police have said was a case of mistaken identity — an NYPD Explorer with dreams of joining the police department who was mistaken for a gang member.

Guzman-Feliz's murder on June 20, 2018, shocked the world after the final minutes of his life were captured on surveillance cameras and shared widely on social media.

A convoy of alleged Trinitarios gang members were patrolling for rival gang members to attack late that night when they spotted Guzman-Feliz, according to police.

The group chased the teen for several blocks before dragging him from a corner bodega at Bathgate Avenue and East 183rd Street, where he had sought safety.

Five gang members then stabbed and slashed Guzman-Feliz with knives and a machete on the sidewalk and left him there to die.

Guzman-Feliz managed to get up and walk to St. Barnabas Hospital a block away, where he collapsed and died outside a security booth.

The five men who stabbed and slashed the teen were convicted of first-degree murder in 2019.

Eight additional defendants are still awaiting, which has been delayed because of the COVID-19 pandemic.