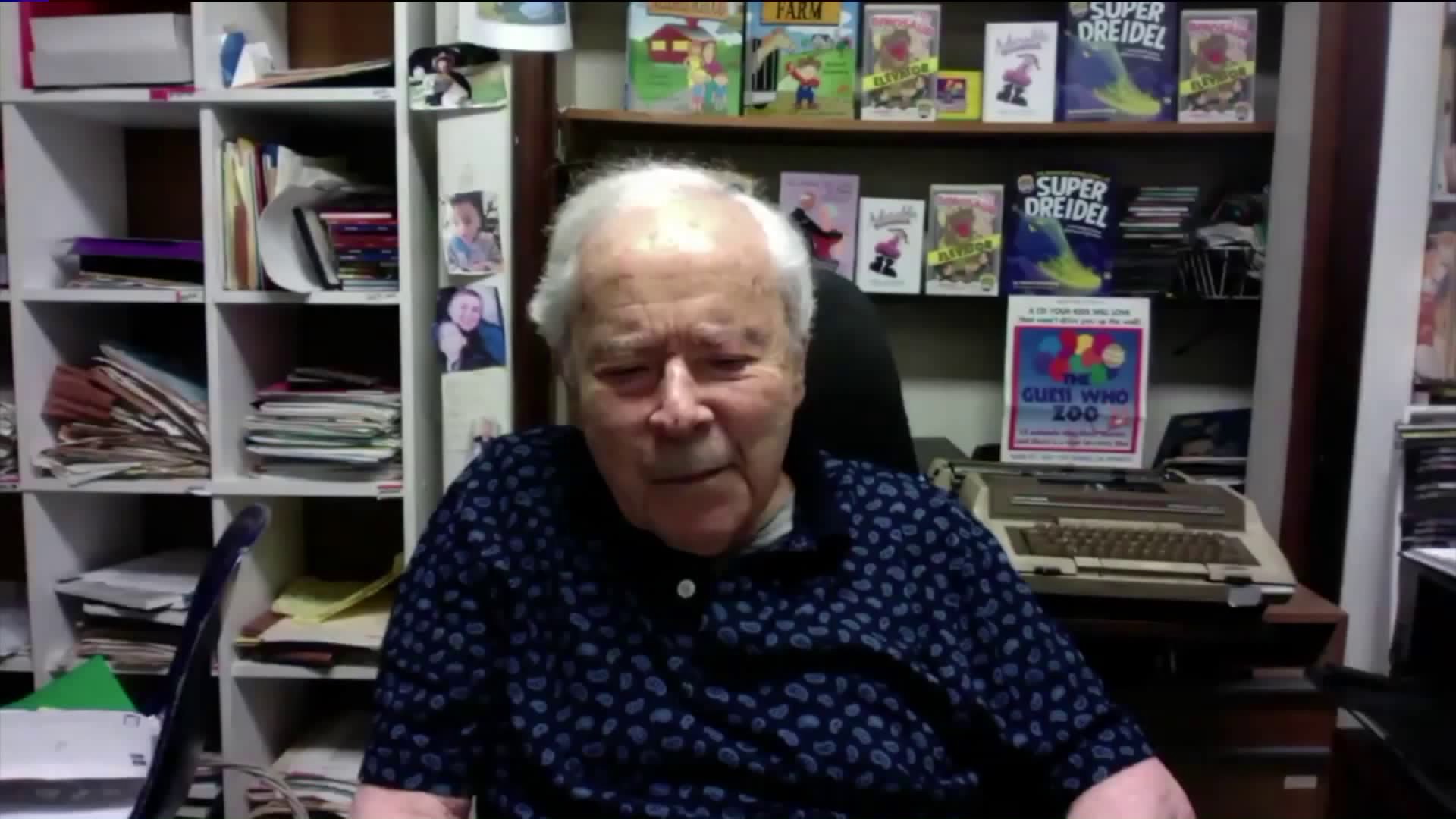 What's the fountain of youth?

Doing what you love. And no one knows that better than New Yorker Howard Eisenberg, who just celebrated his 94th birthday with a release of his newest children's book, "The Dinosaur in the Elevator."

The Dinosaur in the Elevator is the latest "write your own ending" book written by Eisenberg.

It's one of the dozens of books Eisenberg has written over his career, which started back in World WarII after he received and order from his commanding officer.

“He called me into his office and said 'Private Eisenberg, you have a couple years of college and you can write a sentence and can spell, write me a newspaper to keep these guys busy.'”

Eisenberg went on to marry the love of his life, Arlene, who later helped write the books "What to Expect When You’re Expecting" and “What to Expect: the Toddler Years” with their daughters.

That inspired Eisenberg to write his book of satirical poems called "Adorable Scoundrels."

Writing side-by-side for 50 years, working on the same typewriter, until Arlene passed away, she's always been his inspiration.

And while writing his memoir, he continues churning out children's books that are not only fun to read but educational as well.

Besides numerous children's books, Howard also wrote a dating book called "It's Never Too Late to Date: At Last a Dating Book for 50-Somethings," which is now being re-released.

And as for what the new day will bring this author, it's not retirement: Eisenberg said writing children's books is the one thing that keeps him young.