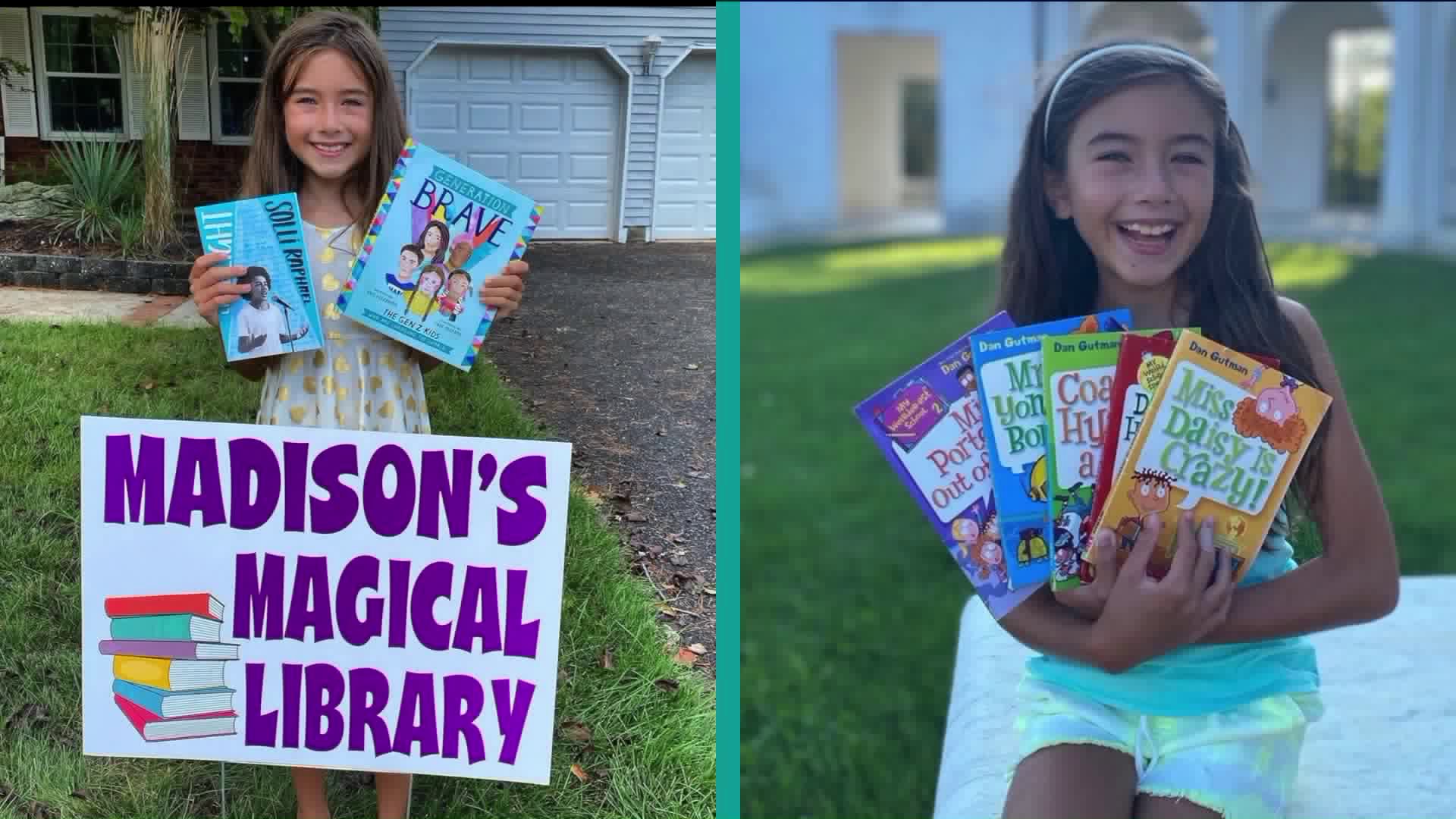 MARLBORO, N.J. — World events can affect us in different ways, and for some it sparks action.

An 8-year-old girl in Marlboro, New Jersey who saw the fight for racial equality unfold over the past few months decided she was going to educate others by creating her own diversity library.

Madison started her diversity library this summer after she watched the news of the killing of George Floyd by Minneapolis police.

“I thought it was not fair and I needed to do something about it," she said. "I thought books would be the easiest way.”

Madison and her family began encouraging neighbors to check out books from her library at a time when the public library was closed due to the pandemic. Word spread fast, as Madison's dad, Tim explains.

“We started getting books from people we hadn’t seen in years," he said. publishers and authors it just blew up.”

It blew up enough to have a socially distanced grand opening with the mayor of Marlboro and the police chief.

So far, Madison has about 200 books in her diversity library. She said she hopes to continue to inspire change and encourages other kids to start their own libraries.