Catfishing victim speaks out after being caught in online dating scam 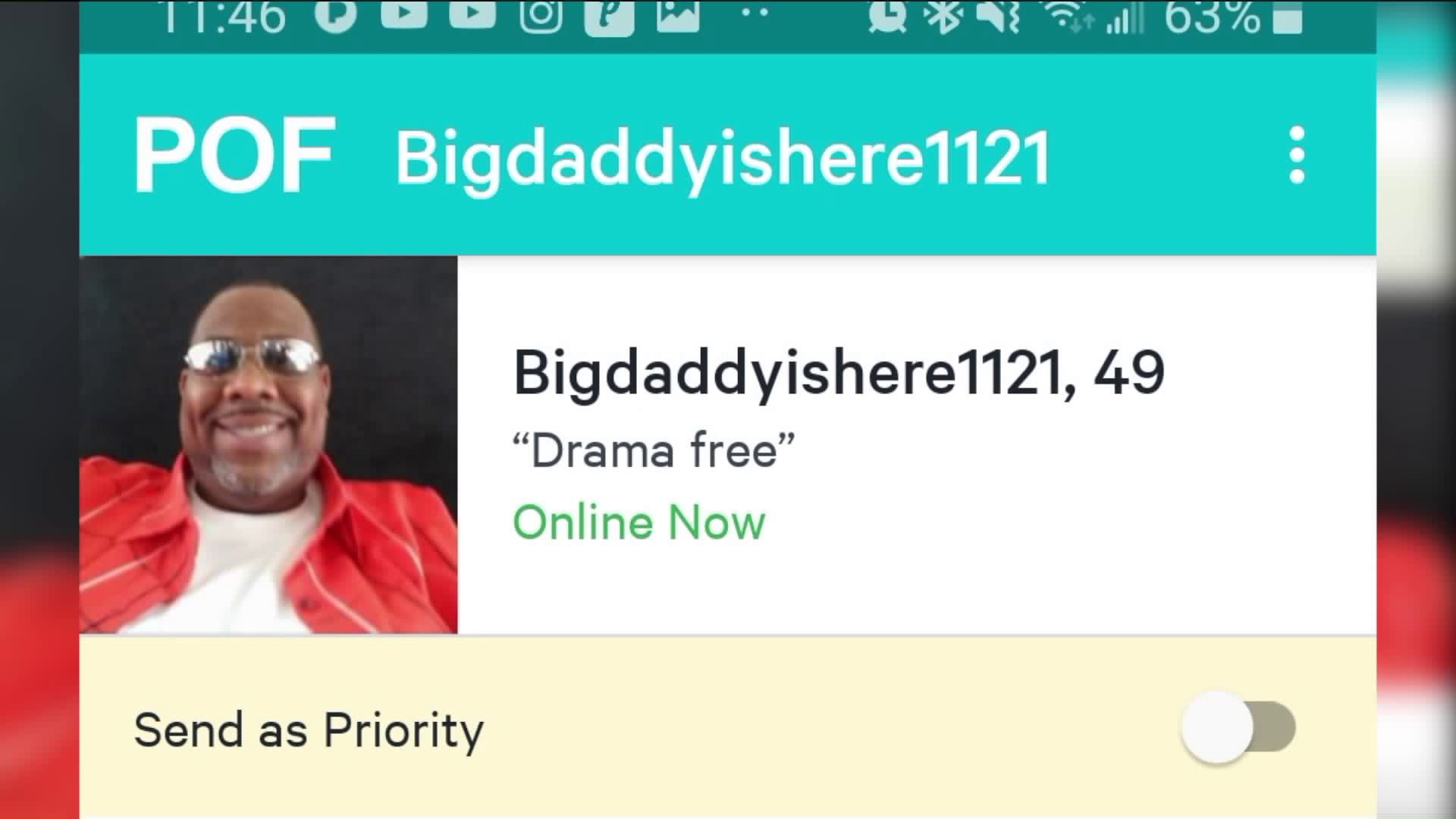 Many people have found their match on internet dating sites, but there is clearly potential danger involved when you reveal personal information to strangers. The woman we interviewed signed up with POF, Plenty of Fish. It is one of many sites that are free, with no strings attached. POF claims to have over 10,000,000 members worldwide. Like most dating sites, POF does not do background checks.

Most victims of online dating scams don’t want to tell their stories on television.

The woman who contacted us at PIX11 Investigates said she wanted others to learn from her mistake and agreed to be interviewed, though she wanted her identity withheld.

Many people have found their match on internet dating sites, but there is clearly potential danger involved when you reveal personal information to strangers. The woman we interviewed signed up with POF, Plenty of Fish. It is one of many sites that are free, with no strings attached. POF claims to have over 10,000,000 members worldwide. Like most dating sites, POF does not do background checks.

One of the men who contacted her was using the name Big Daddy is Here. According to his POF profile, he is 49, from New York/New Jersey, a retired corrections department investigator and a military veteran. He posted he had a Master’s Degree in Education, went to church regularly, loved dogs and was looking for a serious relationship. He said his real name was Kevin Brown.

Brown, it later turned out, was catfishing, meaning he used a made up profile to lure people on dating sites into a relationship, sometimes for the purpose of fraud.

He exchanged texts, phone calls and pictures with the woman who contacted PIX11 for two weeks. They agreed to meet for a date on a jazz river cruise near Newark. The pair met at Penn Station during the late afternoon. Experts say to make your first meeting in a public place during the day, in case you need to bail out early. However, she made a mistake in agreeing to drive from there to Brown's friend's house to pick up the cruise tickets.

During the drive, she said her purse, which she put on the back seat (another tip from experts), supposedly fell over and Brown reached back to straighten up the spilled contents. She was driving and not paying attention. When they reached his friend’s address, Brown told her to wait in the car while he went to get the tickets. However, after waiting for almost an hour, calling and texting Brown with no response, she left, puzzled why someone who had seemed interested in her would suddenly abandon her.

On the way home she stopped for gas and, when she opened her purse, she found the $500 she’d been carrying to pay her kitchen contractor was gone.

She later texted Brown asking for her money back and he replied that he’d send her a money order. He never did. She called the Newark Police Department, but said they told her it would take a long time before they could look into her complaint.

The next day, she received a text from a woman claiming to be Brown’s sister, saying he had been arrested at Penn Station and needed $400 to make bail. The text directed her to use a cash app to send the money to Kevin Beamon. Who is he? She’d never heard that name before and searched the internet for Beamon.

She found a mug shot of Beamon, who she said looked the same as Kevin Brown. Beamon, she learned, is a career criminal who served 21 years in prison for attempted kidnapping, grand larceny and robbery. He was released just three years ago.

She says she reported the catfishing to Plenty of Fish, based in Canada, but never heard back from them.

The site, part of a company that owns many dating sites, did not respond to PIX11’s questions. We tried reaching Beamon using the phone number on his texts, but the number has been disconnected.

Our victim said Brown/Beamon is a predator who knows exactly what he is doing. She feels foolish for having fallen for the catfishing scam, and, while she learned an expensive lesson, she’s lucky nothing worse happened.

Below are links to more information on POF and tips to avoid becoming scammed on internet dating sites.

If you have a story for me, send an email to Arnold.Diaz@pix11.com.