'We will not allow any violence': De Blasio urges peaceful election protests in NYC 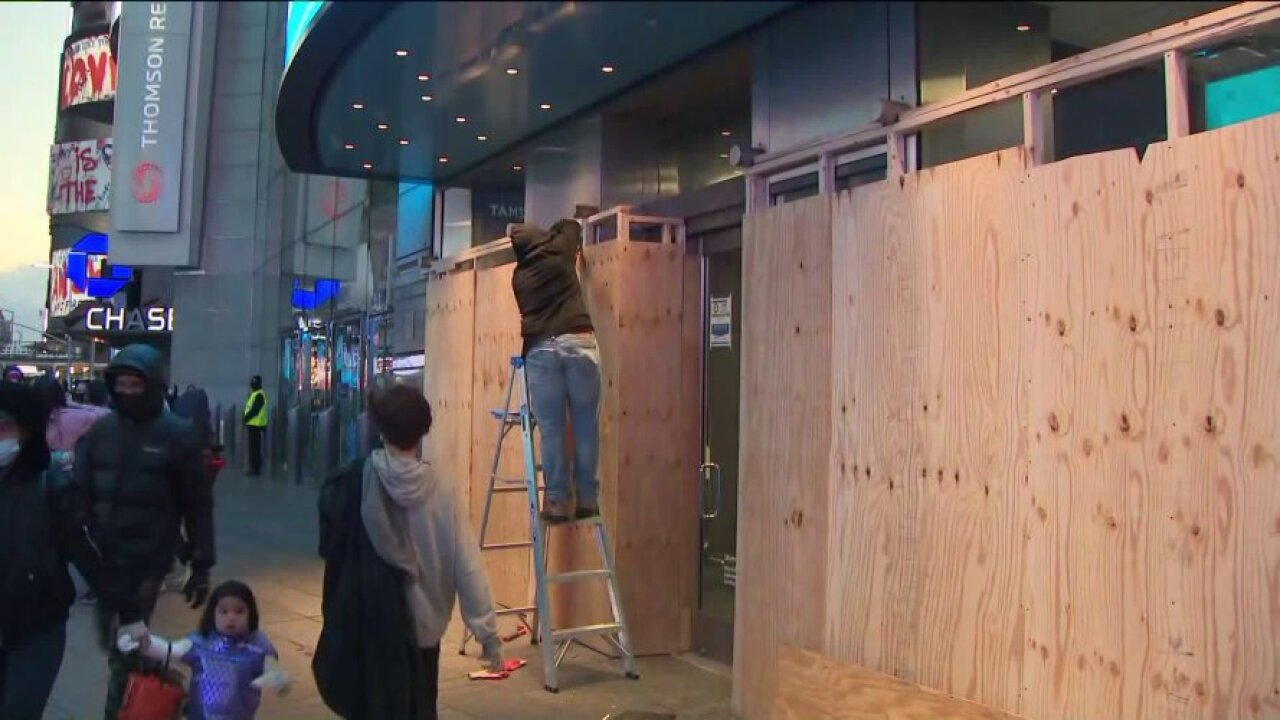 The mayor said Tuesday there are no specific or credible threats against New York City, however, the NYPD and other city agencies are prepared if the situation changes.

“We’ll be ready for any eventuality but there’s nothing specifically showing up at this moment that causes alarm,” de Blasio said during a coronavirus briefing. “There are no major protests scheduled at this point.”

If there are demonstrations following Election Day, de Blasio pleaded with New Yorkers to keep them peaceful.

“We will not allow any violence. I want to be clear once again about this,” the mayor said, adding that anyone encouraging violence should be reported to police. “It is so important to set the right tone from the very beginning and not allow anyone to hijack your protest or create the wrong atmosphere.”

Store owners in midtown and SoHo boarded up their windows ahead of Election Day over fears they may see violent protests, rioting and looting.

Political tension and anxiety is running high in the city. Several incidents during the city’s early voting period could serve as a preview of potential unrest over election results — or a lack thereof.

Tensions flared between protesters and police in Chelsea on Sunday, resulting in 11 people arrested, the NYPD said. A Black Lives Matter group had gathered waiting for a car caravan of President Donald Trump supporters that never showed.

During the first weekend of early voting, a brawl between Trump supporters and those who oppose the president broke out in Times Square.

De Blasio on Tuesday said it’s his administration’s responsibility to ensure all New Yorkers can safely make their voices heard regardless of their political leanings.