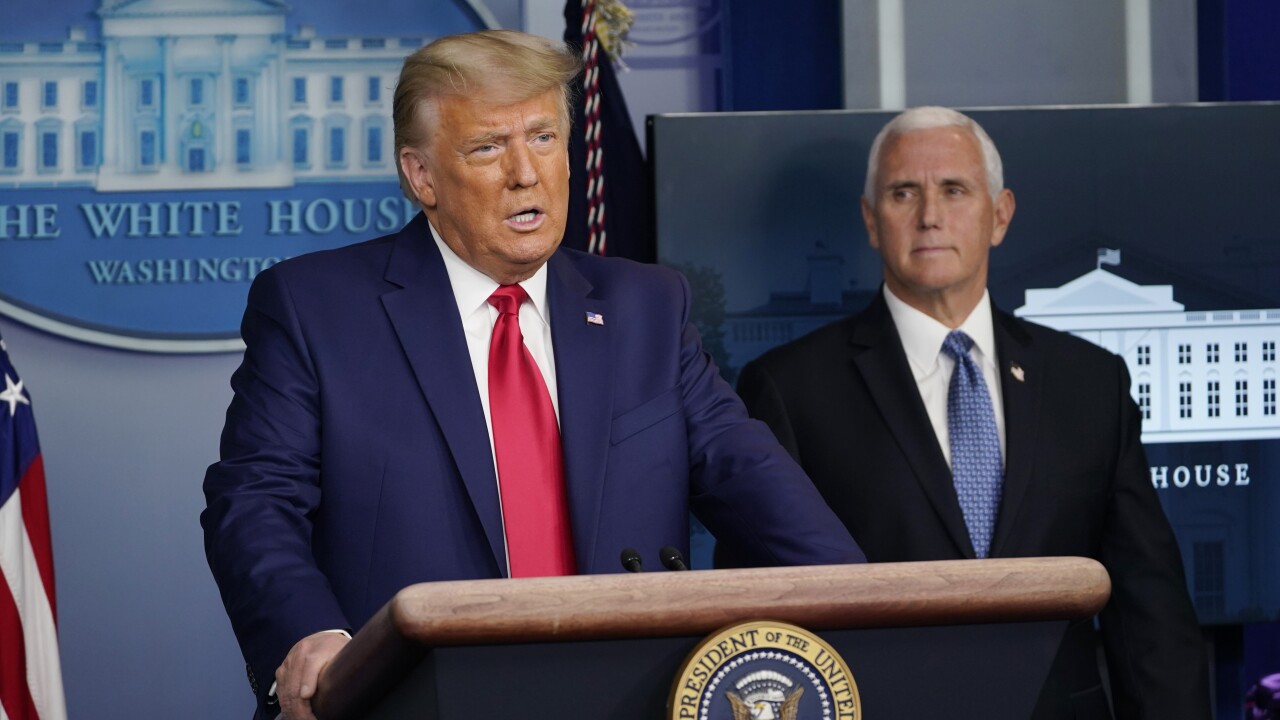 WASHINGTON — President Donald Trump says he opposes violence in a statement read on the House floor as members debate impeaching him for his role in fomenting the violent insurrection at the Capitol last week.

Trump said in the statement: "In light of reports of more demonstrations, I urge that there must be NO violence, NO lawbreaking and NO vandalism of any kind.” Trump added: “That is not what I stand for, and it is not what America stands for. I call on ALL Americans to help ease tensions and calm tempers."

The president is on the verge of being impeached for a second time in a fast-moving House vote, just a week after he encouraged loyalists to “fight like hell” against election results and then a mob of his supporters stormed the U.S. Capitol. Five people died, including a U.S. Capitol Police officer.