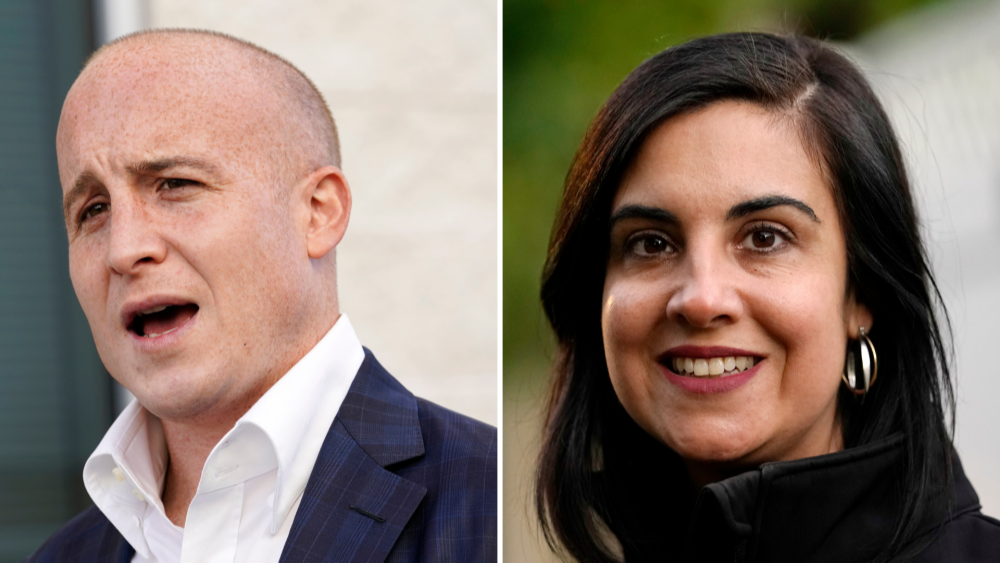 Max Rose and Nicole Malliotakis appeared in their only debate Wednesday night.

Malliotakis, a New York State assemblywoman, was critical of Rose for not doing more to push through the multi-trillion dollar stimulus packaged gridlocked in Congress.

Rose pushed back, and said he hasn't given up hope, blaming both sides of the aisle for the stalemate.

In one of her attack ads — one of many among the two candidates in this contentious campaign — Malliotakis accused Rose of not being supportive of police. He calls the ad reprehensible, and defended his position Wednesday night.

"I would never vote to defund police," he said.

Rose wanted to know why his opponent, who initially opposed President Donald Trump, now supports the man who endorsed her.

The race is one of the hottest in the nation.

Incumbent Rose is the first Democrat to represent the district in decades.