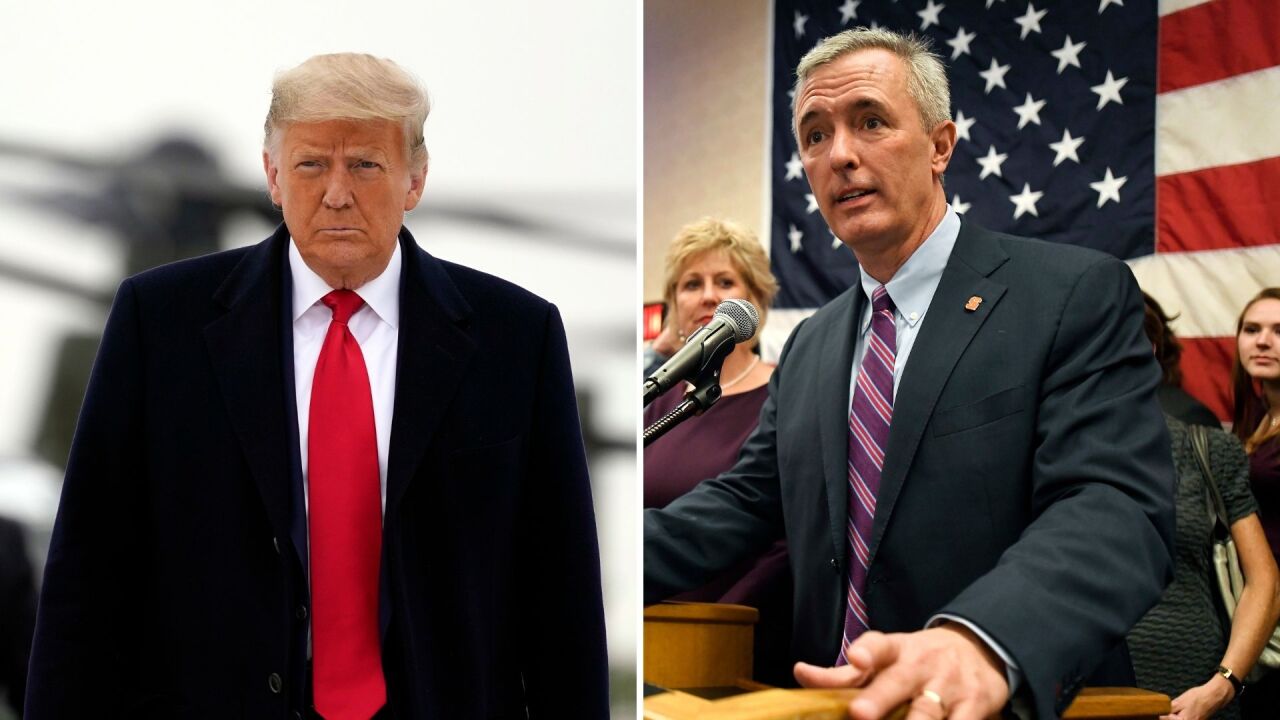 Rep. John Katko is the first Republican to say he’ll vote to impeach President Donald Trump following the deadly siege of the U.S. Capitol by a pro-Trump mob.

The New York congressman said in a statement posted to Twitter late Tuesday: “I will vote to impeach this president.”

Katko, a former federal prosecutor, said he did not make the decision lightly.

He said, “To allow the president of the United States to incite this attack without consequence is a direct threat to the future of our democracy.” He says, "I cannot sit by without taking action.”

After Katko announced his decision, Republican Rep. Liz Cheney said she would vote to impeach President Trump. The Wyoming congresswoman, the No. 3 Republican in the House, said in a statement Tuesday that Trump “summoned” the mob that attacked the Capitol last week, “assembled the mob, and lit the flame of this attack.”

"Everything that followed was his doing," she said.

She also noted that Trump could have immediately intervened to stop his supporters, but he did not.

“There has never been a greater betrayal by a President of the United States of his office and his oath to the Constitution," she said.

Cheney is a daughter of former Vice President Dick Cheney.

The House is set to start impeachment proceedings against Trump on Wednesday.

The president faces a single impeachment charge, “incitement to insurrection,” for his actions ahead of the mob attack on the Capitol, the worst domestic assault on the building in the nation’s history.