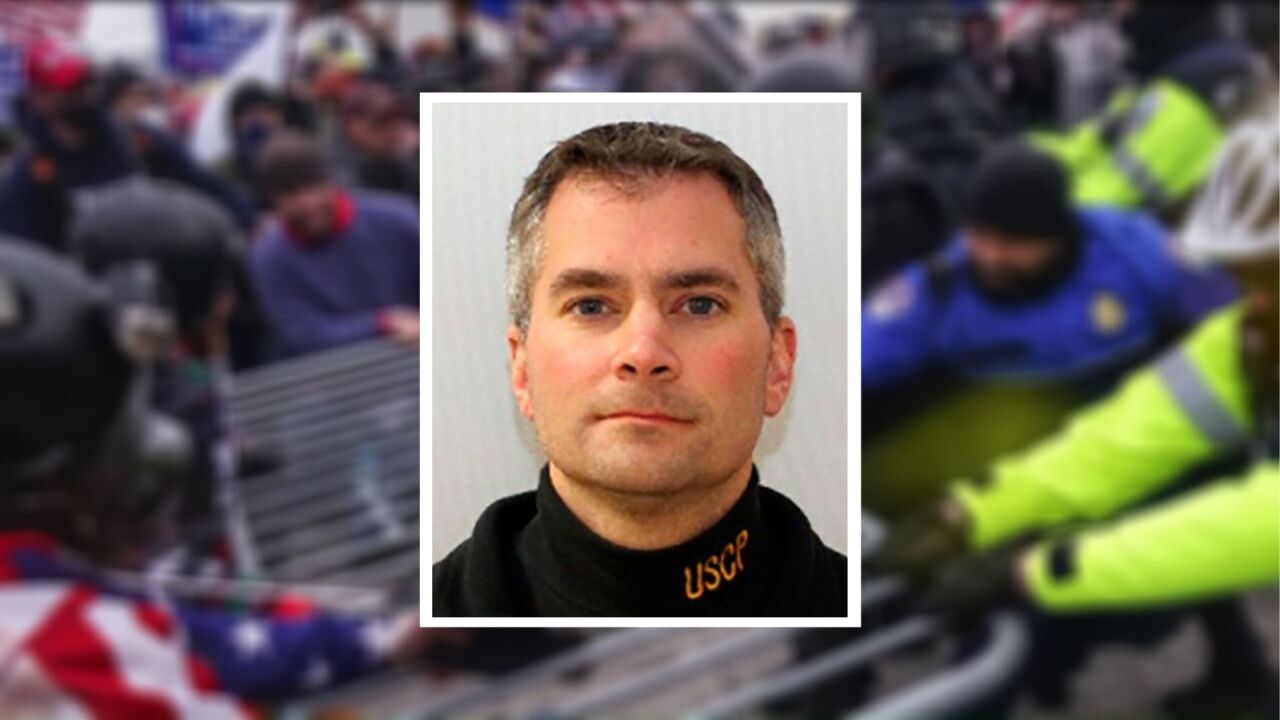 Capitol Police via AP Photo
Image provided by the United States Capitol Police of Officer Brian Sicknick, who died Thursday, Jan. 7, 2021, of injuries sustained during the riot at the Capitol. Sicknick was a native of South River, New Jersey and joined the Capitol Police in 2008.

Officer Brian Sicknick was from the New Jersey town of South River and a graduate of the Middlesex County Vocational and Technical Schools.

Prior to joining the Capitol Police in 2008, Sicknick was a staff sergeant with the New Jersey National Air Guard, and a fire team member and leader with the 108th Security Force Squadron, 108th Wing at Joint Base McGuire-Dix-Lakehurst.

His family said in a statement Friday that Sicknick wanted to be a police officer his entire life.

Sicknick, 42, was injured “while physically engaging with protesters" during the Wednesday riot. He is the fifth person to die because of violence at the Capitol that day.

During the struggle at the Capitol, Sicknick was hit in the head with a fire extinguisher, two law enforcement officials said. The officials could not discuss the ongoing investigation publicly and spoke to The Associated Press on condition of anonymity.

Sicknick had returned to his division office after the incident and collapsed, the statement said. He was taken to a local hospital where he died late Thursday.

Murphy released a statement Friday, extending his condolences to Sicknick and his loved ones, and called for the people directly involved in his death to be held accountable.

“Officer Sicknick gave his life protecting the United States Capitol, and by extension, our very democracy, from violent insurrection. His needless murder at the hands of a mob bent on overthrowing the Constitution he had dedicated his life to upholding is shocking. It is my fervent hope that the rioters whose actions directly contributed to his death are quickly identified and brought to justice.”

It is my fervent hope that the rioters whose actions directly contributed to his death are quickly brought to justice. pic.twitter.com/LWnxOEhjJw

The rampage that has shocked the world and left the country on edge forced the resignations of three top Capitol security officials over the failure to stop the breach. It has led lawmakers to demand a review of operations and an FBI briefing over what they called a “terrorist attack.” And it is prompting a broader reckoning over Trump’s tenure in office and what comes next for a torn nation.

Protesters were urged by Trump during a rally near the White House earlier Wednesday to head to Capitol Hill, where lawmakers were scheduled to confirm Biden’s presidential victory. The mob swiftly broke through police barriers, smashed windows and paraded through the halls, sending lawmakers into hiding.

One protester, a woman from California, was shot to death by Capitol Police, and there were dozens of arrests. Three other people died after “medical emergencies” related to the breach.

Despite Trump’s repeated claims of voter fraud, election officials and his own former attorney general have said there were no election problems on a scale that would change the outcome. All the states have certified their results as fair and accurate, by Republican and Democratic officials alike.