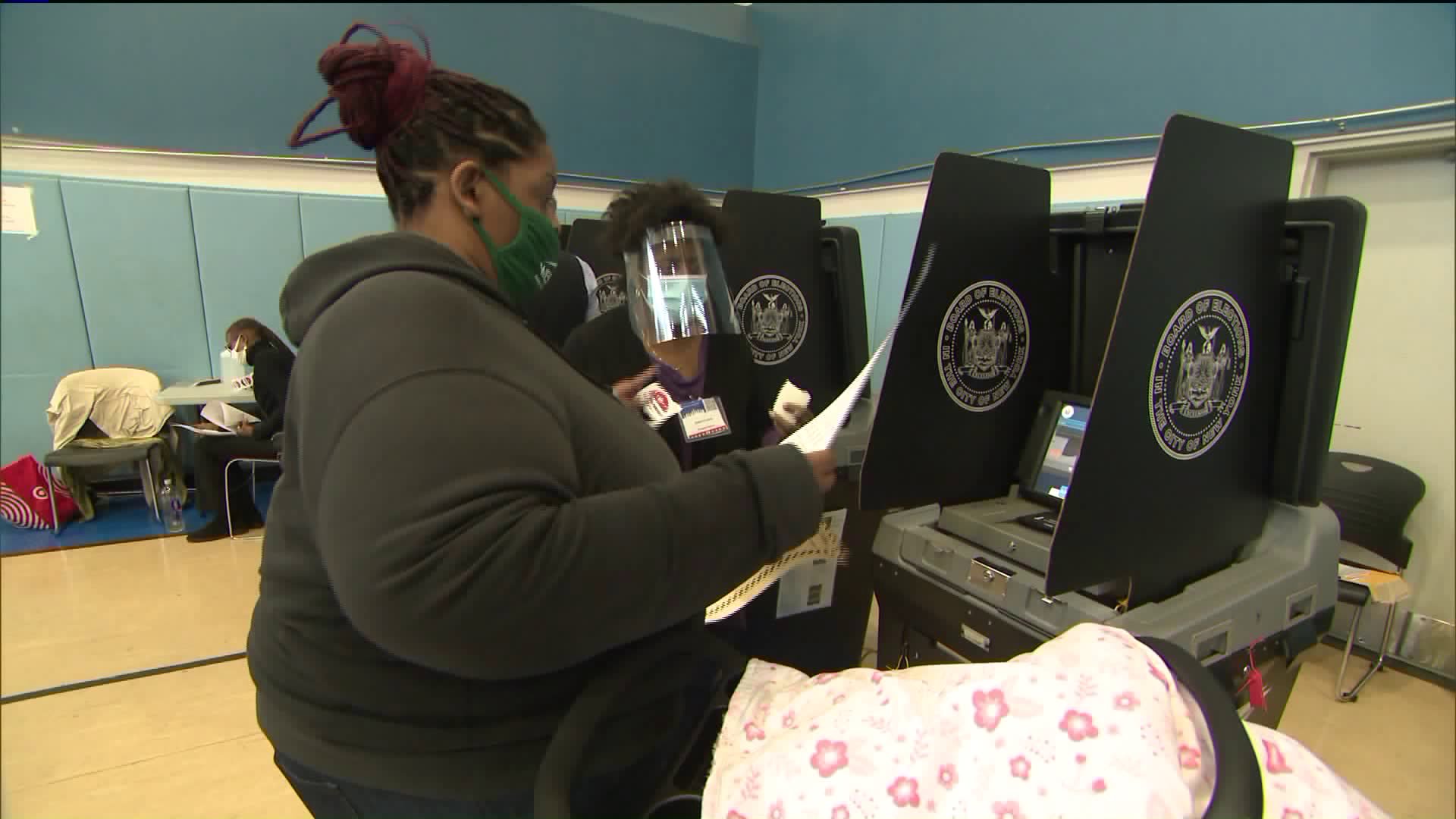 New York City public housing residents headed to the polls Tuesday to cast their ballots in the presidential election.

NEW YORK CITY — There was a big push to get over 400,000 NYCHA residents across the city to the polls on Election Day.

From the Taft Houses in East Harlem to the Ingersoll Houses in Fort Greene, NYCHA tenant leaders urged their neighbors to step up and make their voices heard.

If residents at the Taft Houses needed a ride to the polls, they got it.

MacFarlane said seniors are scared of COVID-19, but many of them pushed their fears aside, grabbed a mask and took advantage of a free ride.

“It’s time for a change. A lot of first time voters,” Commodore said.

Over at the Mill Brook Houses in the Bronx, there was quite the line to cast a ballot but that didn’t deter determined voters.

Meanwhile, Keesha Wilson brought her 3-month-old granddaughter with her to vote at the Ingersoll Houses polling site in Fort Greene.

“There is no excuse not to vote today. Everybody should get out and vote!” she said.

Outside, There was music and free empanadas for voters.

The top issues NYCHA residents said were driving them to the polls include the economy, security, and the government’s response to COVID-19.

"It’s clear, you see [I voted] stickers all around NYCHA. There is a feeling of empowerment, and they are making sure their voices are heard,” Brooklyn Borough President Eric Adams said.