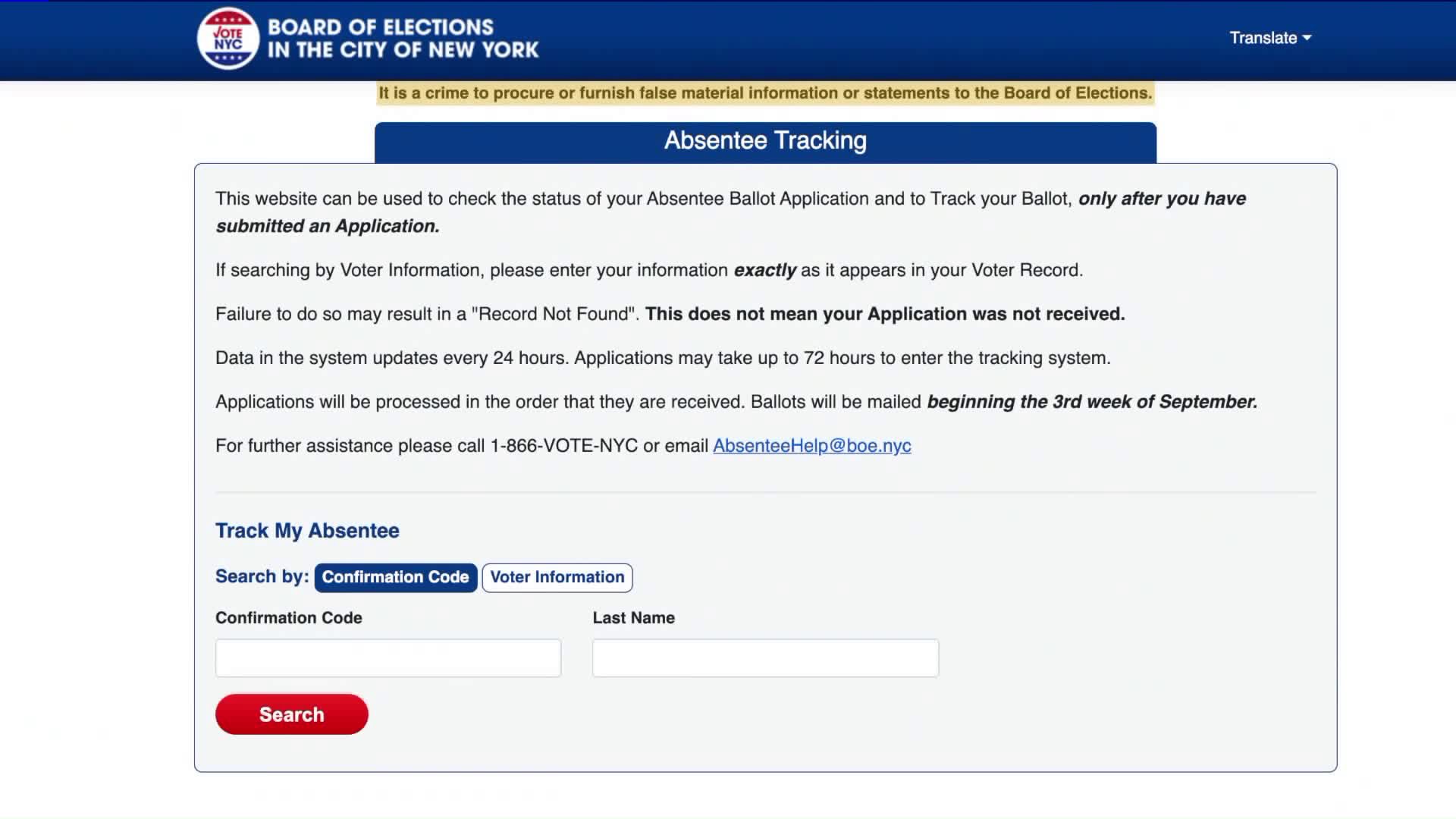 New York City expects more than 1 million people to vote by mail this election nut some people who hoped to do just that are experiencing issues with their absentee ballots.

BROOKLYN — New York City expects more than a million people to vote by mail this election but some people who hoped to do just that are experiencing issues with their absentee ballots.

During the June primary, 20% of mail-in ballots were rejected here in New York City. If that happens again in the general election, we could be talking about more than 200,000 votes that won't be counted.

New York has taken some steps to make sure that doesn't happen again, but with much higher demand, some are wondering if they've done enough.

Maya Contreras is a voting advocate and a frustrated voter. She will be out of the state for the election and still hasn't received her absentee ballot, even though it says it was sent out in September.

Contreras says she tried contacting someone through the online chat on the board of elections website.

She then reached out on social media.

"A couple weeks ago they would answer, but they have stopped answering [direct messages]," she said. "They do not return e-mails, it is hard to get through via phone calls. I faxed them too!"

When she finally got through after spending hours on hold, she started to get a clear picture of the demand at the BOE right now.

We tried calling and e-mailing the press person for the board of elections, but got the same result. No response and a full voicemail.

"I've been trying to get in touch with someone from the board of elections and I was on hold an hour and a half one time and no one ever answered," Brannigan said.

Brannigan says he returned his ballot weeks ago, but was concerned after he checked the ballot tracker on the BOE website.

"Our trackers have not updated to say it's been received."

To try and make sure every vote counts, New York State passed new legislation allowing voters to fix small errors on absentee ballots, like a missing signature, within a week. Gov. Andrew Cuomo also mandated the BOE report any staffing needs to the state in advance of the election and if people have any concern about their absentee ballot being processed, New York law allows you to go and vote in person without any penalty.

If your absentee ballot is eventually received, the BOE will see you've already voted and only one vote will count.

But Contreras says no matter how bad the situation is, the BOE needs to be more transparent so voters can prepare.

"People just want the information, even if it's bad news, even if your saying, 'listen we're just not going to be able to get these ballots to you on time unless you get the order in by this Friday.' Then people will understand and they'll deal with it. They'll get mad and they'll get frustrated, but at least they'll know what's going on."