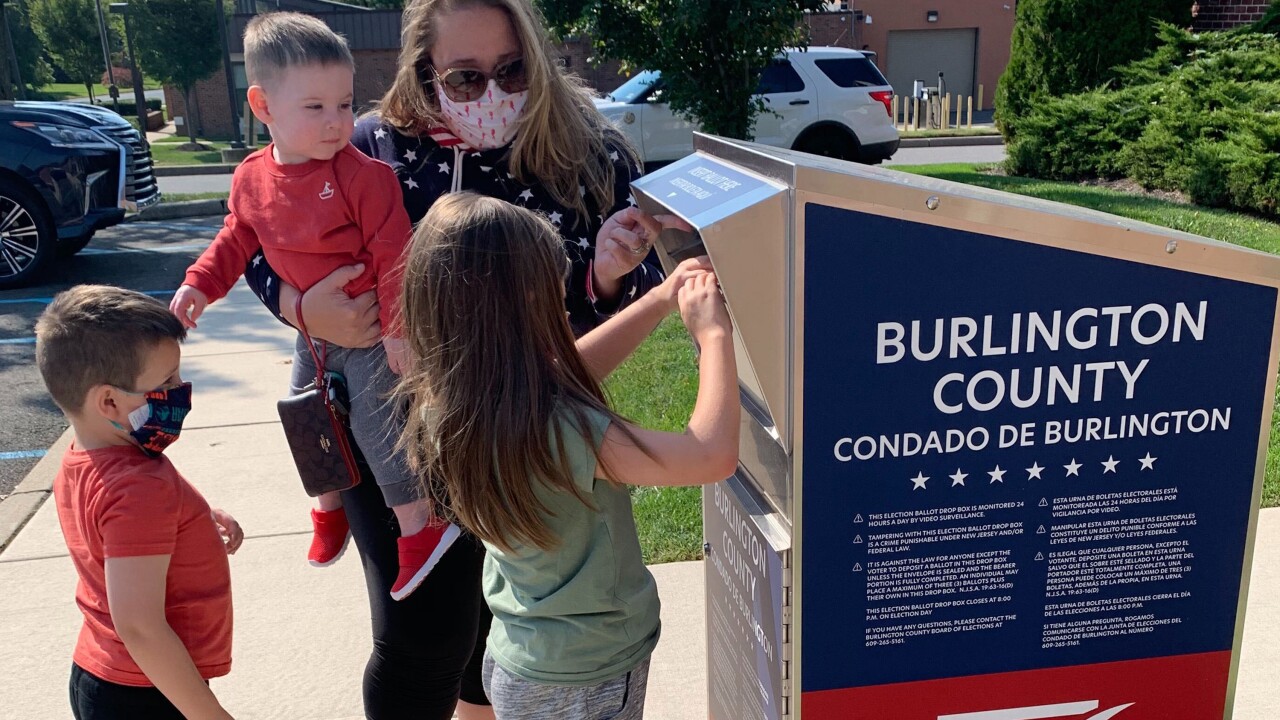 Christina Paciolla/AP
Nicole Flaherty stands with her kids as her 7-year-old daughter places her general election ballot in a secure dropbox in Cinnaminson, New Jersey on Oct. 7, 2020.

TRENTON, N.J. — State officials say more than 1 million people have cast ballots already in New Jersey, or about 30% of the turnout in the 2016 presidential.

Experts and officials say the turnout, which is typically higher in presidential years, could be headed for 2008 levels when it reached 73%.

That's a result of the state holding its first-ever mostly mail-in election.

Gov. Phil Murphy cited COVID-19 when he signed an order in August calling for all active registered voters to get a ballot in the mail.