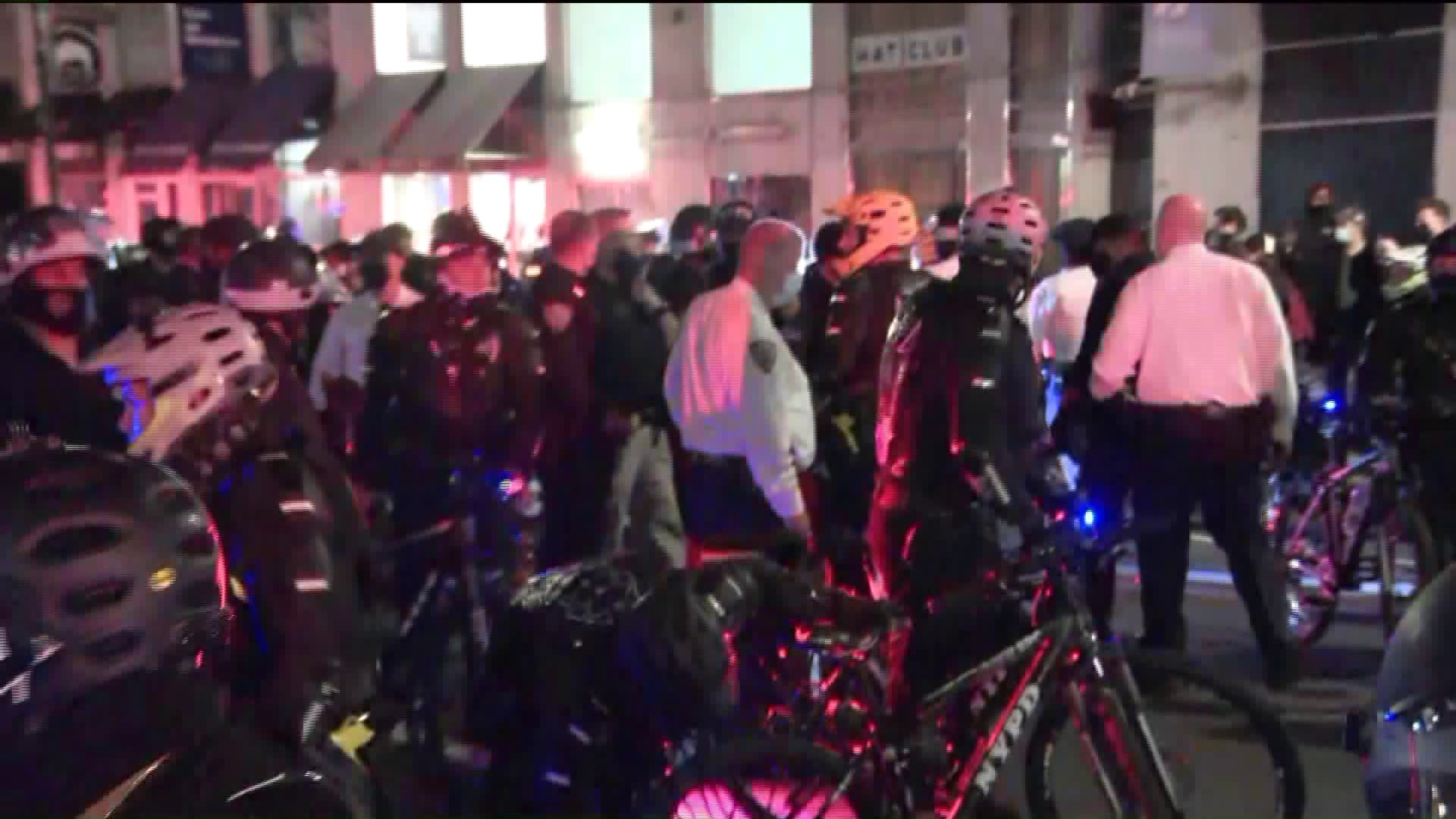 At least 18 people were arrested when peaceful marches ended in clashes with police in New York City for a second night, as the country waits for more results in the 2020 presidential election. The NYPD tangled with protesters in Manhattan Thursday, arresting 18 people at a rally that started outside the LGBTQ landmark Stonewall Inn. 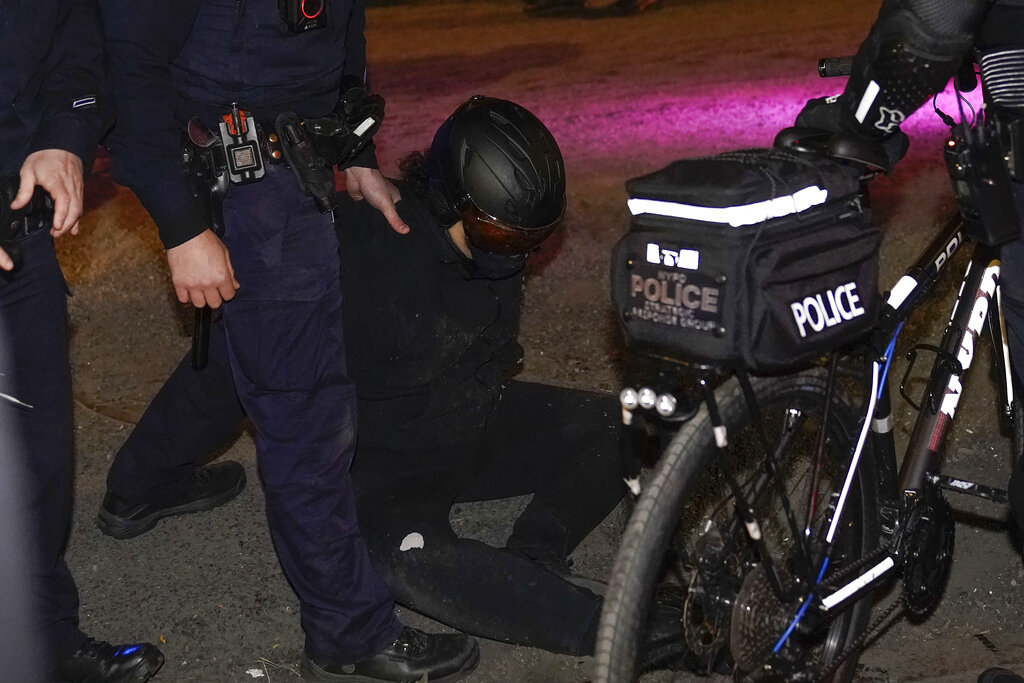 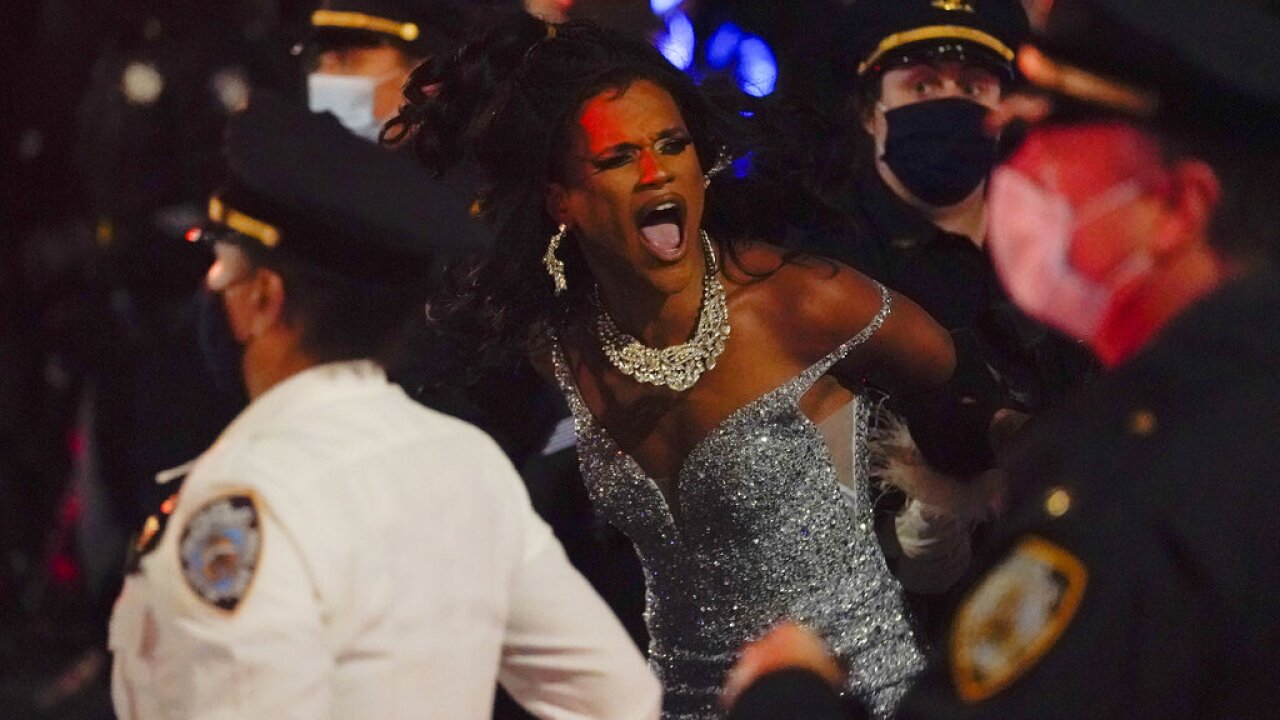 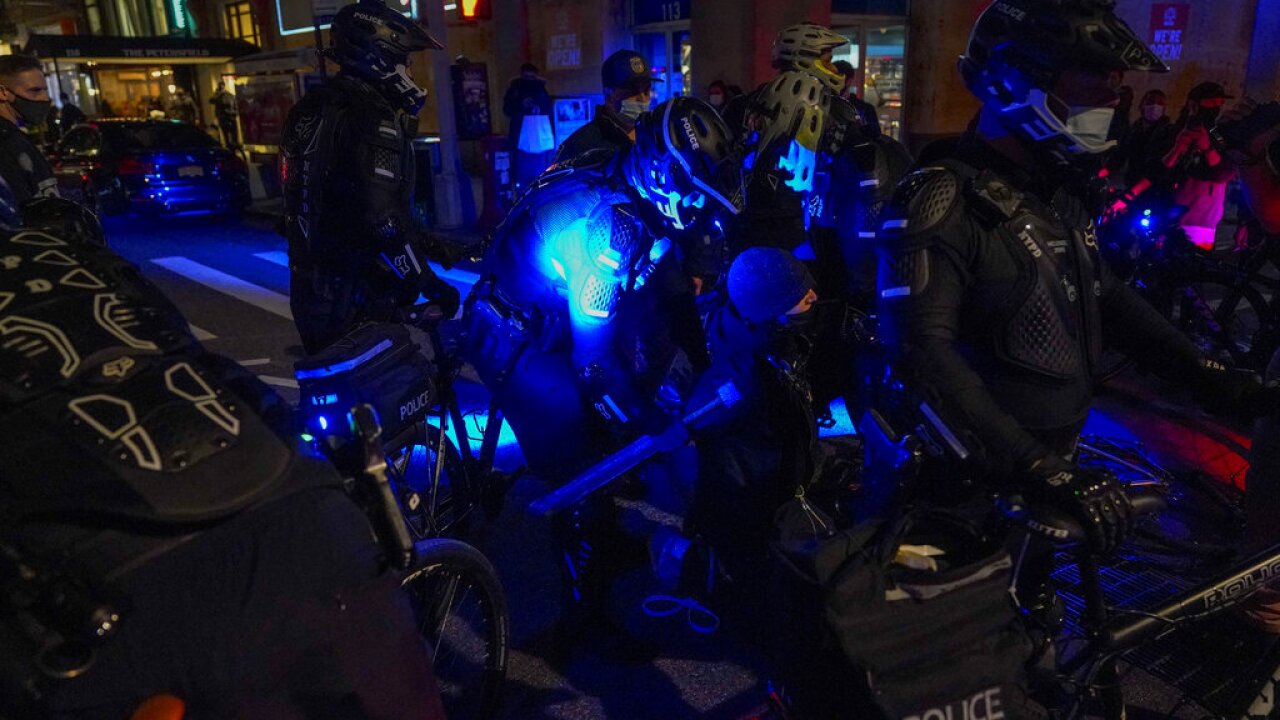 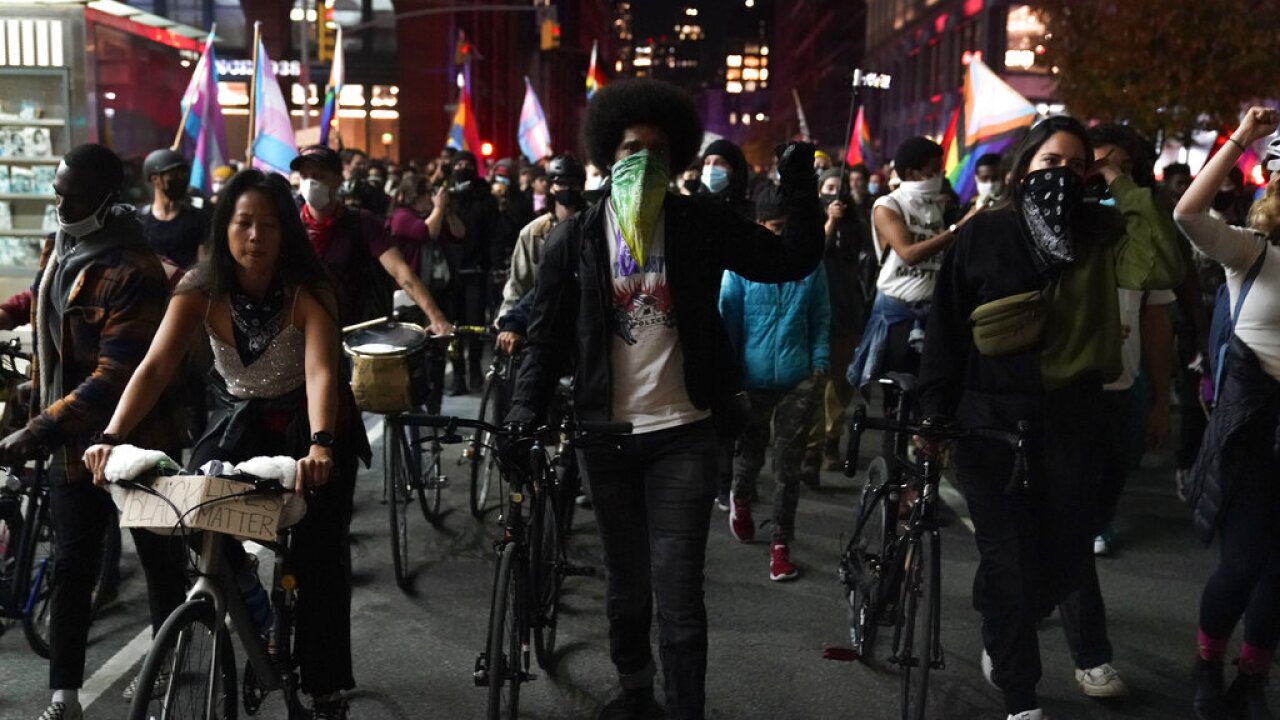 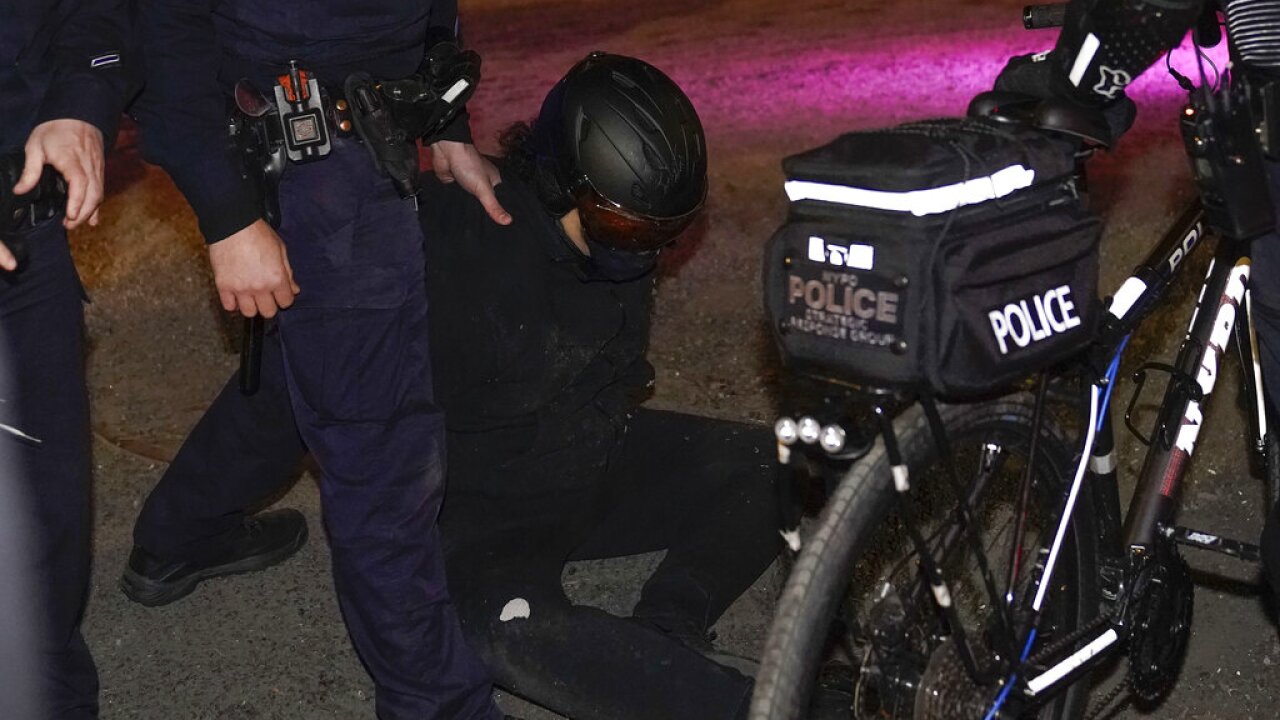 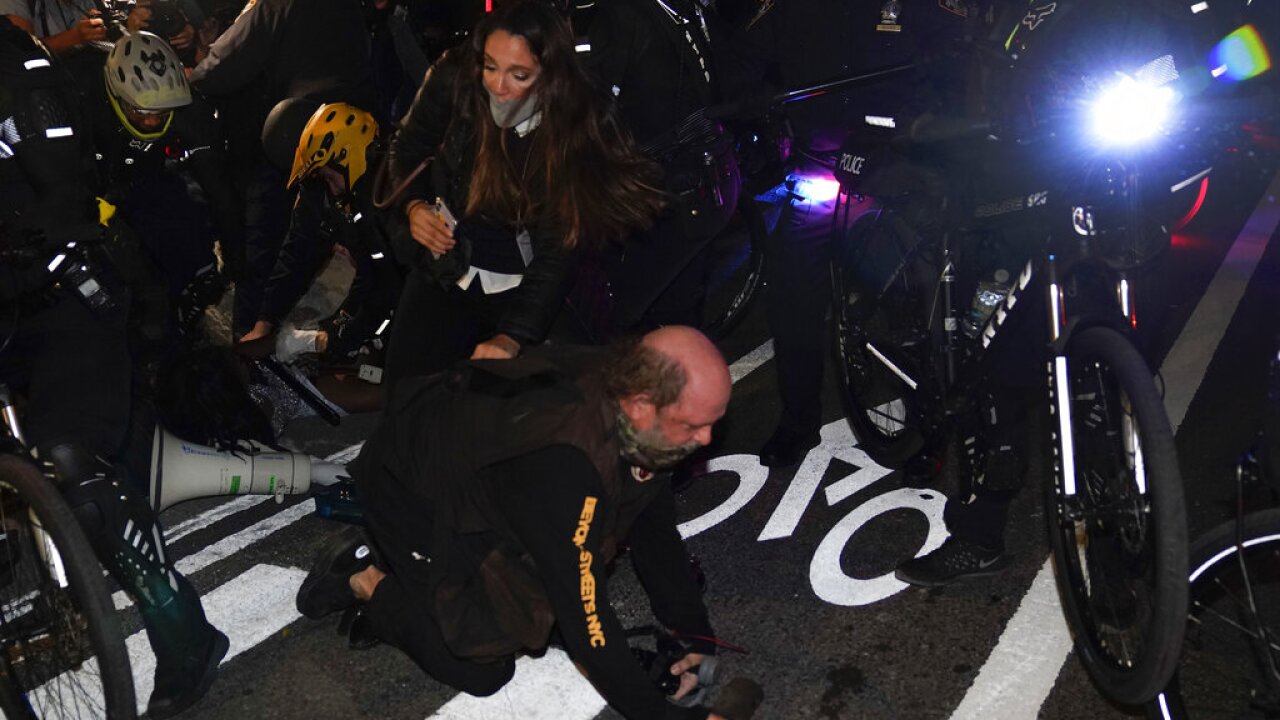 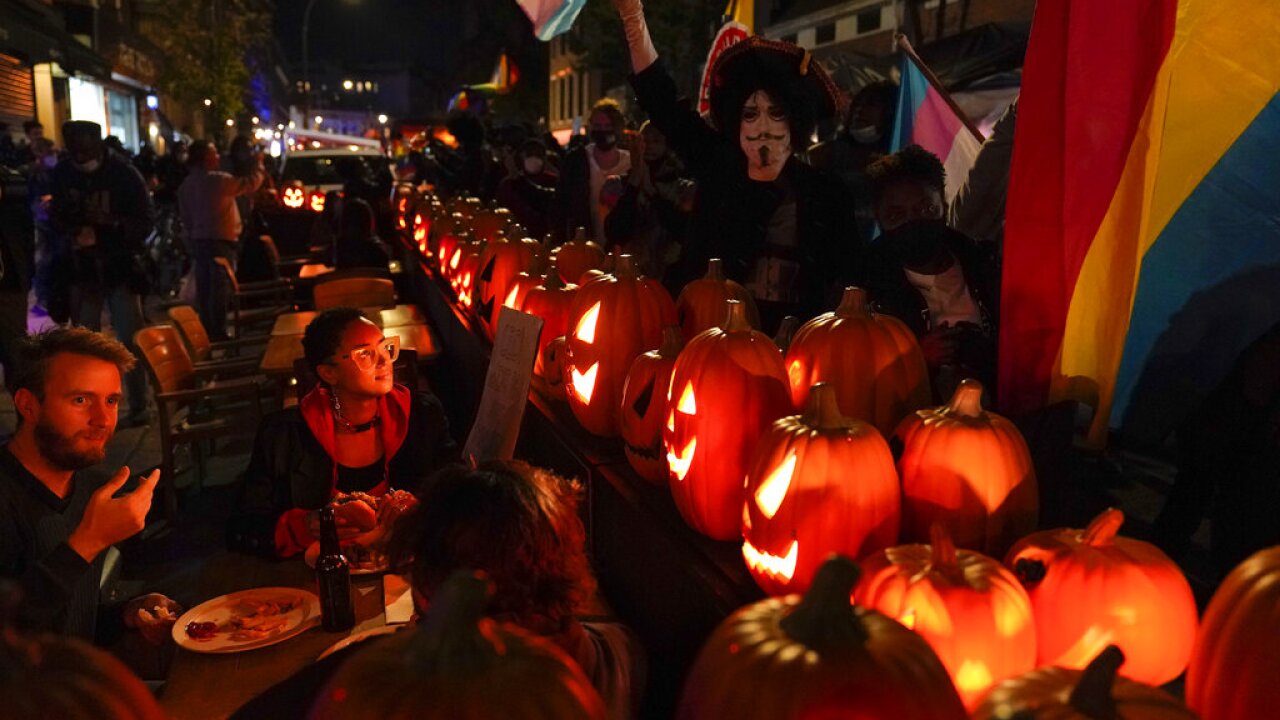 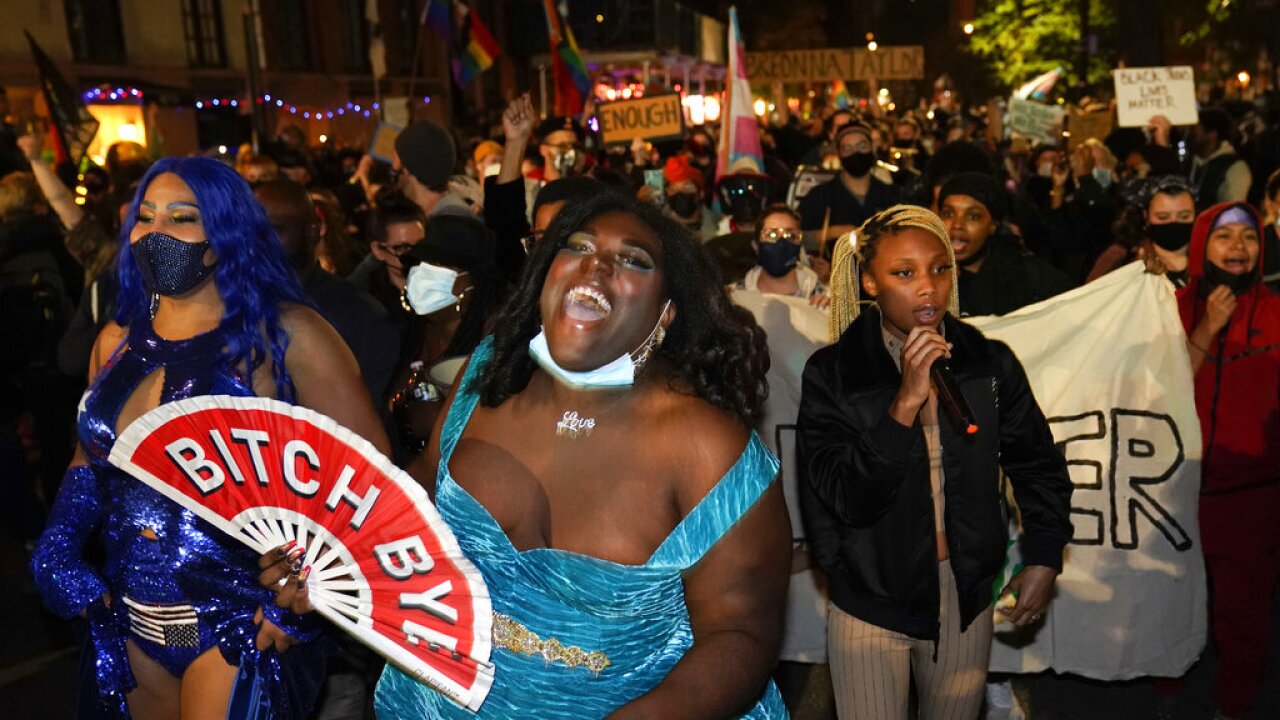 GREENWICH VILLAGE, Manhattan — For a second night, demonstrators protested in Manhattan as the election hangover continues, with a president-elect yet to be named and the fabric of the nation sitting in the cross-hairs; and for a second straight night, those protests were followed by clashes and arrests.

New York City police tangled with protesters Thursday for the second night in a row, arresting 18 people at a rally that started outside the LGBTQ landmark Stonewall Inn.

The weekly demonstration drew extra police and media attention due to its timing, coming amid continued uncertainty about the result of the presidential election.

It wasn’t immediately clear what led to the arrests at the rally, where people carrying rainbow and Black Lives Matter flags had been marching in the street advocating for transgender rights and chanting things like “all cops are bad.” It was also called a "We Choose Freedom" rally.

Police said there were some scuffles, but nothing like the trash fires and bottle tossing that marred a peaceful march in the city on Wednesday.

Officials made clear to separate the acts of peaceful protesters from agitators, the latter of whom police said were coordinated in their efforts to derail said peace.

But organizers Thursday of the Black Trans Lives Matter rally, which began in front of the Stonewall Inn in Greenwich Village, pushed back and said it was the NYPD that sparked clashes the night prior, when dozens were arrested.

"What happened yesterday was total betrayal of the people," said one activist. "We were half a block away from where we were ending and the just decided to attack us and pounce on us."

From Stonewall, protests dispersed but a group did march through Manhattan afterward.

On Twitter, officials said an officer was assaulted, and allegedly was the victim of an attempted strangulation.

Tonight, while performing their duties near Bond St & Broadway in Manhattan, an officer was pushed to the ground & had this chain pressed against his throat. The suspect was apprehended & will be charged with assault, criminal possession of a weapon & attempted strangulation. pic.twitter.com/QuWAosMAAP

Tensions remain at what may be an all-time high as final election results are awaited.

President Donald Trump stoked more division Thursday, falsely claiming the legal mail-in ballots being currently counted in swing states are fraudulent, and part of a conspiring Democratic machine. Evidence does not support those claims, and Republican leaders outside of the Trump campaign have not co-signed them.

Joe Biden's comments were much more brief, though they encouraged peace and patience, saying this is what our democracy is about.