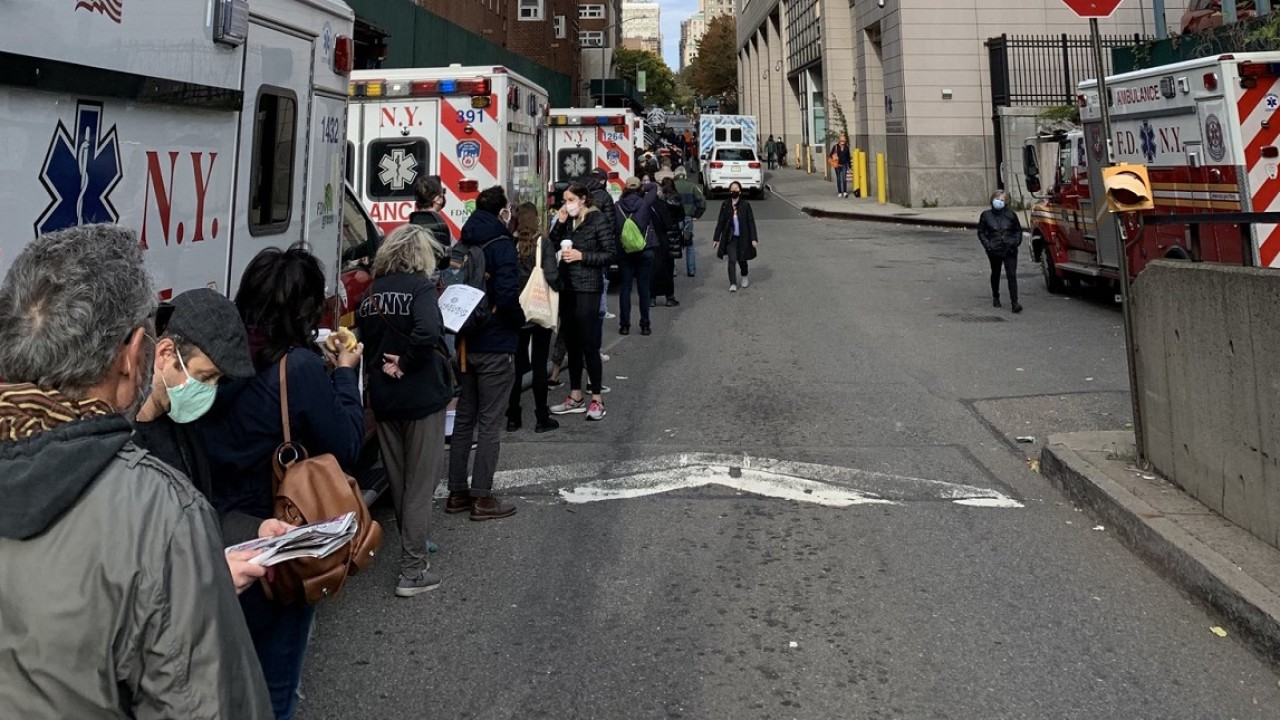 New Yorkers lined up across the city Sunday morning for the second day of early voting in the presidential election. 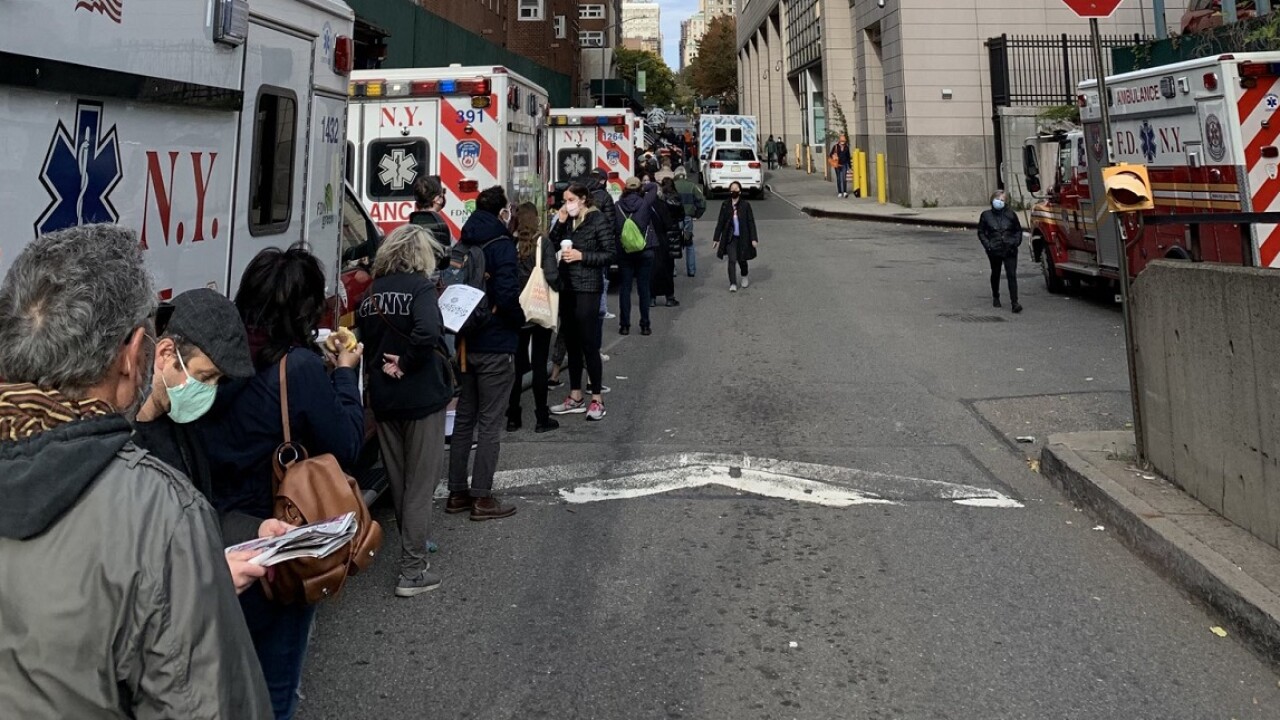 NEW YORK CITY — New Yorkers lined up across the city Sunday morning for the second day of early voting in the presidential election.

Early voting in New York kicked off on Saturday and runs through Nov. 1. Election Day is Nov. 3.

Head to vote.nyc or voterlookup.elections.ny.gov to find your early voting polling site, see hours and more.

Nearly 94,000 people voted in New York City on Saturday alone, according to the Board of Elections.

Many voters stood in long lines for several hours to cast their ballot.

Early voting in New York: What to know

the line is down the block on East 22nd & Ave I.. the polls open at 10am #EarlyVoting #Midwood #Brooklyn pic.twitter.com/s6DAizqvOG

More long lines were spotted in the city before the polls opened at 10 a.m. Sunday.

In Manhattan, one voter said hundreds of people had already lined up at the Kips Bay polling site at First Avenue and 26th Street.

The early voting site in Midwood, Brooklyn had a line that stretched down the block, video shows.

the line is down the block on East 22nd & Ave I.. the polls open at 10am #EarlyVoting #Midwood #Brooklyn pic.twitter.com/s6DAizqvOG

Going to have to do a lap of the Brooklyn Museum to vote! #earlyvoting #soworthit pic.twitter.com/sQXDJighwC

As the weekend wound down, New Yorkers continued to exercise their right to vote, waiting up to four hours in some cases to get to the front of the line.

Voters like Ed Budz say any wait is worth every minute.

“Whatever your decision, there’s so much at stake for the people to have their choice,” said Budz.

Joining residents for the long haul, Rep. Alexandria Ocasio-Cortez, who’s up for re-election.

Ocasio-Cortez kicked off her vote at the Parkchester polling place, encouraging her constituents to cast a ballot before Election Day.

“I want my vote was tallied the night the polls close so I will wait two hour just like my neighbors are to make sure that happens,” said Ocasio-Cortez.

In Manhattan, polling places were packed, including at Madison Square Garden, welcoming voters for the very first time.

New Yorkers took advantage of voting early, with a goal of avoiding even longer lines on November Third and getting their ballot in as soon as possible.