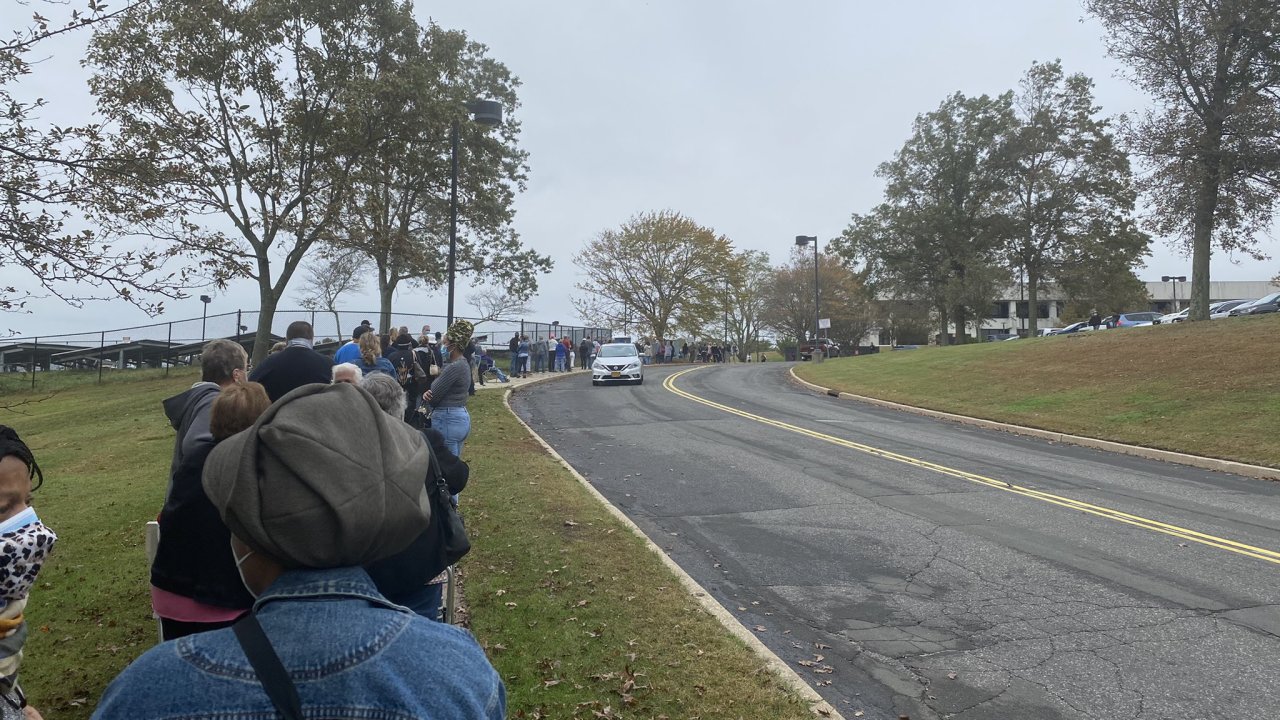 Day one of early voting in New York is officially in the books. It was a historic day because it’s the first time voters could cast their ballots early for a Presidential election. 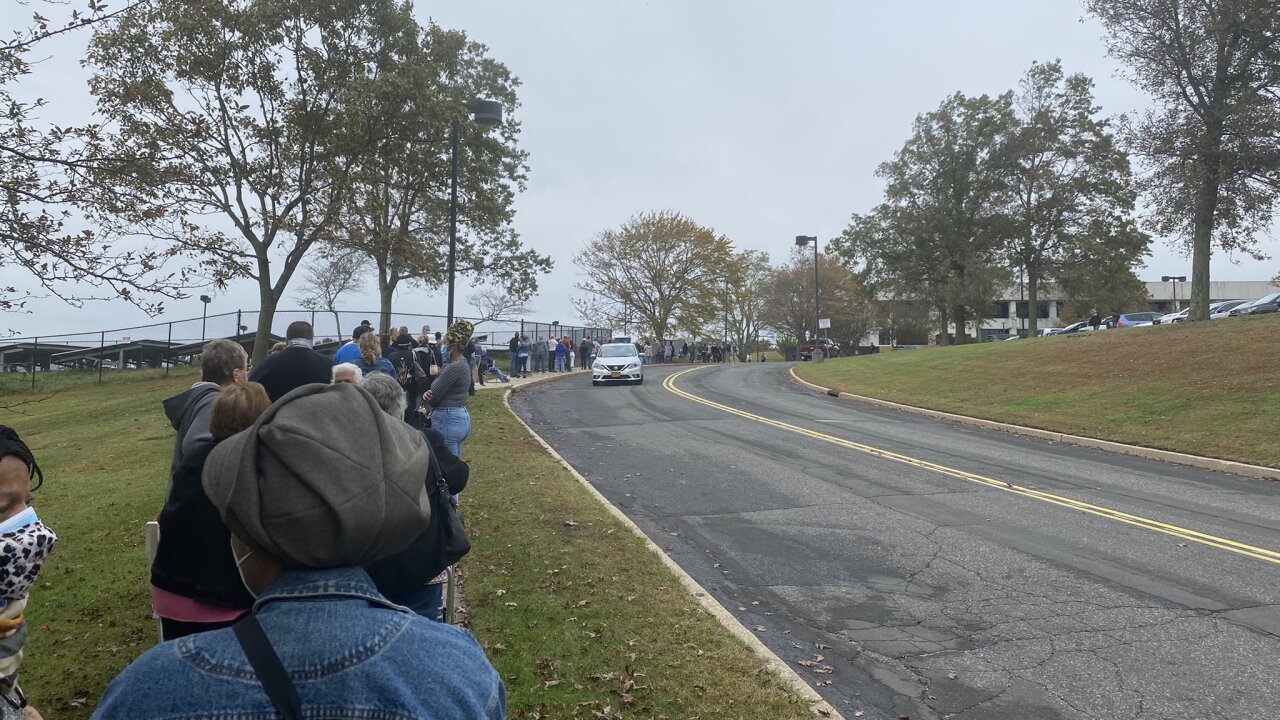 NEW YORK — Early voting is underway in New York and voters wasted no time in getting to the polls.

First Day of Early Voting in NYC. This is the line at Brooklyn College by 9:15 for 10 am poll opening. By 9:40 the line was twice as long as in this video. @thereidout @JoyAnnReid @maddow @AliVelshi @MSNBC @AliciaMenendez @allinwithchris @JoeNBC @Morning_Joe #EarlyVoting pic.twitter.com/akrIqfi9Pw

At Brooklyn College, voters were standing socially distant in a line that witness Stephen Hanks said more than doubled between 9:15 a.m. and 9:40 a.m. The polling site opened at 10 a.m.

Another long line was spotted at the Williamsburg polling site on Graham Avenue before that location opened at 10 a.m.

#earlyvoting in Brooklyn stretches 3 city blocks and isn’t even open yet pic.twitter.com/MkGe64wJHE

On the Upper West Side, the wait to vote was up to two hours long. The line of voters spanned more than three blocks.

The line to vote on 100th St. on the #UpperWestSide is two HOURS long, at least. I stopped recording after I followed it for three(!!!) blocks. @PIX11News pic.twitter.com/LqCoSCuyl6

“We’re all trying to speak up and get what we need as citizens. I want minorities in the school system to have more money in the budget so there can be things for the kids for the future,” said Brooklyn voter Sherleya Williamston.

A need for change was a common theme among thousands of registered voters outside of the Brooklyn Museum, alongside Brooklyn residents, city and state leaders who rallied at several polling places, and encouraged eligible voters to get out and vote.

“It’s democracy on demand. eligible voters to get out and vote," said State Sen. Zellnor Myrie of Brooklyn. "You come out here and see thousands of people lined up of all ages, races, creeds, ready to participate it really is emotional.”

Sen. Myrie authored the early voting bill in the state senate, giving first time voters like Chelsea Crandall, 19, a head start into having a voice for her future.

“I want us to be better as a country, I think there’s a lot of injustice that needs to be fixed,” said Crandall.

The process wasn’t as promising for those who experienced technical difficulties.

In Coney Island, a smaller line, but residents had to wait for malfunctioning machines to operate.

One of the goals of early voting is to get your ballot in as soon as possible and to avoid long lines. Although the wait is likely shorter now than it will be on Nov. 3, it’s still about a four hour wait time. Voters say it’s worth every minute.

People who prefer handing in a ballot have the option of dropping it off early at the polling places.

City leaders promise every vote will be counted.

“We don’t want to confuse with fraud, there’s no instances of widespread fraud here, move past amy difficulties, move past hurdles, cast a vote get in the system it will be safe and it will count,” said NYC Public Advocate Jumaane Williams.

Early voting in New York lasts from Saturday through Nov. 1. The general election will be held on Nov. 3.

Head to vote.nyc or voterlookup.elections.ny.gov to find your early voting polling site, see hours and more.

Lined up on Long Island to vote for @JoeBiden and @KamalaHarris #newyork #EarlyVoting pic.twitter.com/yCoFyitYuU

Before you head to the polls, make sure to bring a mask. A face covering is mandatory to cast your ballot in person.

All registered voters are able to vote by absentee ballot this year because of the pandemic.

For more information on voting by mail, click here.