Election dysfunction in NYC: 'I am voting twice ... legally. It should not have come to this.' 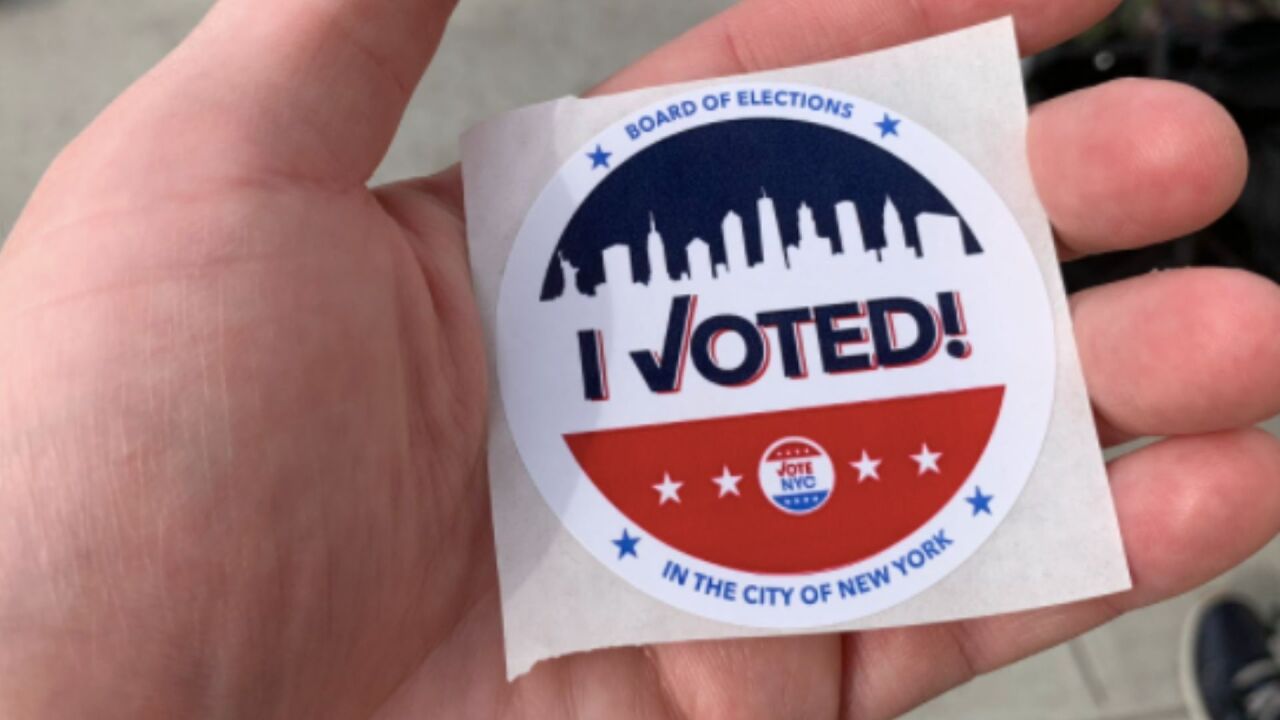 I am voting twice ... legally. It should not have come to this.

My wife and I wanted to be counted so we voted in person on Election Day. This was not part of our voting plan.

We have a child under one, busy schedules and COVID-19 concerns. So we, like many, requested absentee ballots.

With some well-reported concerns about the speed of mail, our intent was to directly drop them off at our early voting location. This has always been legal in New York, but this year, it was more directly encouraged with the presence of actual drop boxes.

There is also a new online absentee ballot tracking system designed to inspire confidence in absentee voting. The system has failed in that goal.

Our voting plan went sideways almost immediately when we were among the 100,000 people in Brooklyn who were sent problematic and unusable ballots — ballot oath envelopes to be precise.

I am glad we started this process early because it took a few weeks for us to receive our new ballots. We filled them out and took them to our early voting location on the second day of voting.

It was immediately noticeable many of the early voting locations were overwhelmed.

TIMELAPSE: Early voting location in Park Slope, Brooklyn wraps around an entire city block almost back to the entrance of the YMCA.
A two hour wait.#EarlyVoting #earlyvotingnyc #Election2020 pic.twitter.com/dpB8HnBSy7

We were allowed to skip the line to drop as promised, but only by squeezing through the door, coming in close contact to several other voters, COVID-19 concerns be damned. There should have been a separate door — this was a no-brainer.

Line at my Brooklyn polling place wrapped around a city block, poll workers estimate it’s a 2 hour wait! We dropped our absentee ballots by legally skipping the line, splitting through the front door with help from poll workers who also asked if we signed them correctly, etc... pic.twitter.com/K3NCWf793R

During the next few days we looked on the online ballot tracker to see if our ballot was in.

To this day, it has not been scanned in. We wanted to make sure our ballots were received and accepted because it was recently revealed up to 20% of absentee ballots in NYC were tossed every election for technicalities.

Voters were never told their votes did not count.

I inquired about my ballot personally, and through my capacity as a political reporter, raising broader concerns, thousands of similar ballots were falling through the cracks.

BOE officials assured me the ballots were not lost.

Amidst widespread reports of voters who have used drop boxes at early voting locations for absentee ballots, not seeing their votes show up in the new online tracker, a @BOENYC spokeswoman insists thousands of ballots are NOT falling through the cracks: pic.twitter.com/ZCgfAXspUz

A BOE worker also told me privately they were overwhelmed, devoting all staff to early voting, and my vote would be counted eventually. I thanked her for the important work she was doing.

However, as I explained to the worker, if election officials were not ready for a simple and predictable task of scanning a bar code, it’s a problem.

It is especially problematic when there is a history of disqualifying absentee ballots.

So that brings us to Election Day.

We decided we could not trust our votes would be counted. New York law allows you to vote by mail and in person. The in-person vote counts, but in most states, this is election fraud.

This is one of the main reasons New York takes so long to count absentee ballots. There must be rigorous cross-checking to eliminate double votes.

You may already know the NYC Board of Elections runs elections in the city. It is objectively a dysfunctional bureaucracy with long-standing problems with cronyism.

I have reported on it repeatedly during this election cycle and the New York Times recently did a comprehensive write up of the history.

Most politicians including Mayor Bill de Blasio and Gov. Andrew Cuomo are now calling for a new system.

However let’s not let our leaders get away with their role in all this. They have allowed party bosses to oversee the process for decades by appointing the board.

When reform comes, we should actually demand reform, not more rubber stamping of a party-driven dysfunction.