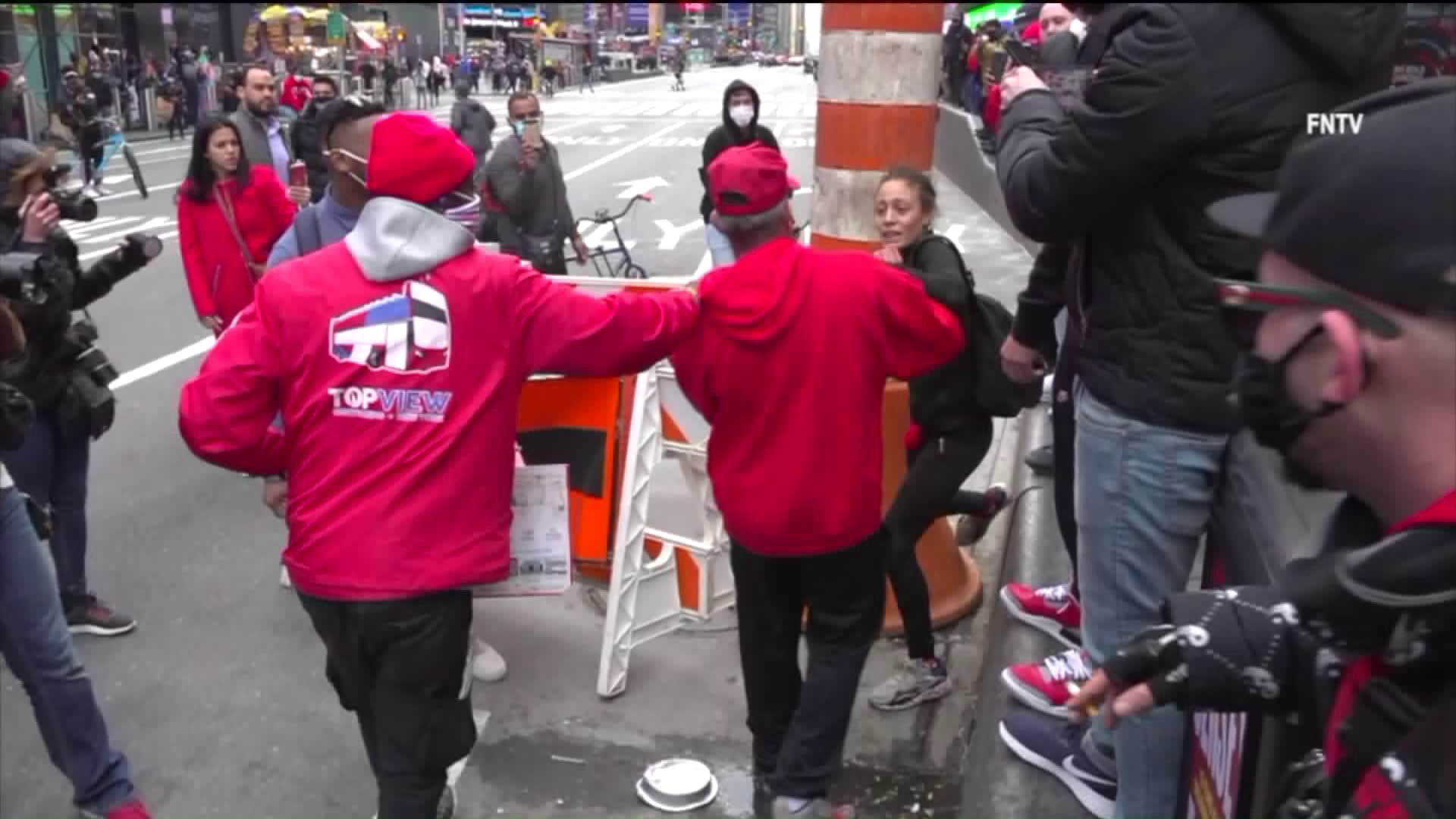 With less than 10 days until the presidential election, tension between the president’s supporters and those who oppose him are rising. 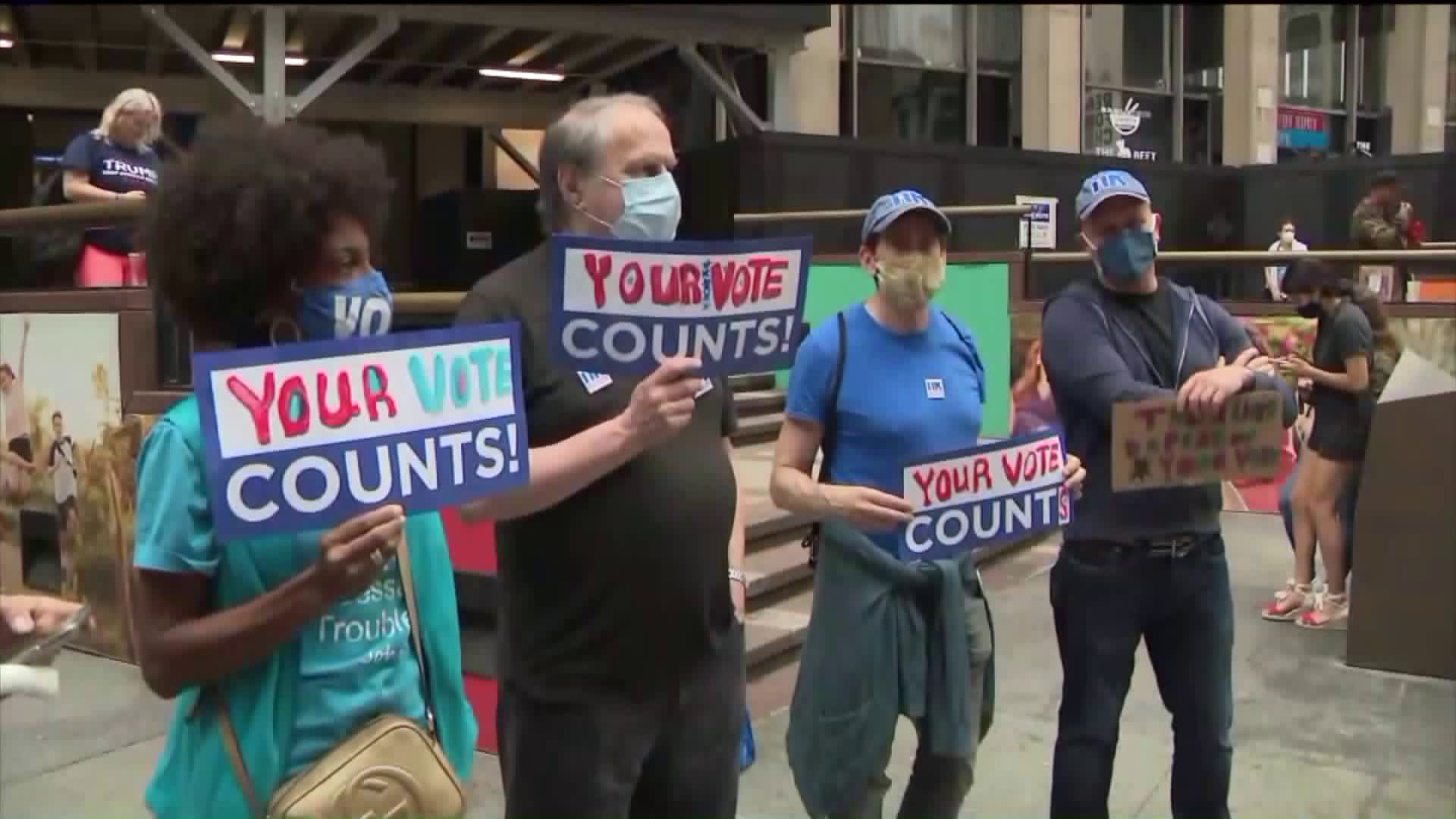 If you're feeling a little — or maybe a lot — stressed about the election, you are by no means alone.

That's the conclusion of a variety of surveys, which show that a majority of Americans are concerned about violence breaking out from supporters of whoever loses the presidential election, no matter who that is. However, there are ways to reduce election-related anxiety, and they're rooted in acting in one's own best interest, and in self-control, according to experts.

The situation is exemplified by clashes seen over the weekend.

In Times Square on Sunday, demonstrators in support of President Donald Trump and former Vice President Joe Biden clashed physically. Police separated the two sides and took a handful of people into custody.

There were other such encounters, as well, many of which were posted online.

The incidents, along with worries about accurate vote count, the Postal Service properly doing its job on mail-in voting, long lines to cast a ballot, COVID-19 affecting ability to turnout to vote, and any number of other concerns, all add up to create a stressful election season.

Gloria Browne-Marshall is a constitutional law professor at John Jay College, and author of "She Took Justice" and The Voting Rights War, both of which deal with challenges to voting.

"Because there have been so many uprisings of militia groups, and so many of these different tactics being used to disrupt protesters," Browne-Marshall said, "people are afraid that those entities are going to come out."

Doron Kempel is a security expert, former Israeli Army commander, and founder of the personal security app Bond. He said that he's well aware of the anxiety that voters have.

"People feel so tense about what may occur, irrespective of whether you're on this or that side of the aisle," Kempel said in a Zoom interview. "Everybody's concerned that whatever happens, people are going to be upset, and are going to get emotional, and maybe there's going to be a little bit of violence."

Polling bears that out.

Earlier this month, a YouGov / Braver Angels national poll showed that a majority – 56% of people agreed or strongly agree with the following statement: "America will see an increase in violence as a result of the election."

That’s far higher than the 11% who disagree or strongly disagree. Thirty-three percent of people polled said they neither agree nor disagree.

The numbers indicate that more people are stressed than not.

Research shows that there are ways to manage the tension and even turn it into action that's positive and protective.

"They should all have a voting plan," Browne-Marshall said, as she listed some ways people can reduce anxiety, by foiling any attempts to suppress voting. "And if things get disrupted by violence in the [voting] line, then don't wait till the last minute. Vote early if you can, in whatever state, vote in the way that's safest," she said.

Kempel, the security expert, also said that there are measures which all voters can take to protect themselves during election season.

First and foremost, said Kempel, there's reason to be more optimistic about the social and political climate, despite the fact that there's great tension.

"I don't think that Americans in general want to hurt each other," Kempel said. "So the fact that somebody's very upset, and is shouting, even is getting too close to somebody else's nose, and is being very vocal, that does not mean that he or she wants to hurt their counterpart."

Dr. Steven Stosny is a psychologist who specializes in emotional issues and couples therapy. He coined the term election stress disorder, or ESD, and said that people in our region are experiencing it strongly.

To counter it, said Stosny, "The most important thing you can do is connect with your family, your friends, people you love, even if you have to do it by Zoom."

"If you're living with someone whom you love, hug that person six times a day," Stosny said. "That gives you a hormone that naturally regulates anxiety, makes you feel close, more trusting."

"The second biggest thing," Stosny continued, "is exercise. That's the great reliever of stress. Walking 30 minutes a day has been shown to be as effective for many people as anti-anxiety agents and antidepressants, with none of the side effects, and lots of benefits."