Do Trump's denial of defeat and claims of fraud pose a danger to democracy or national security? 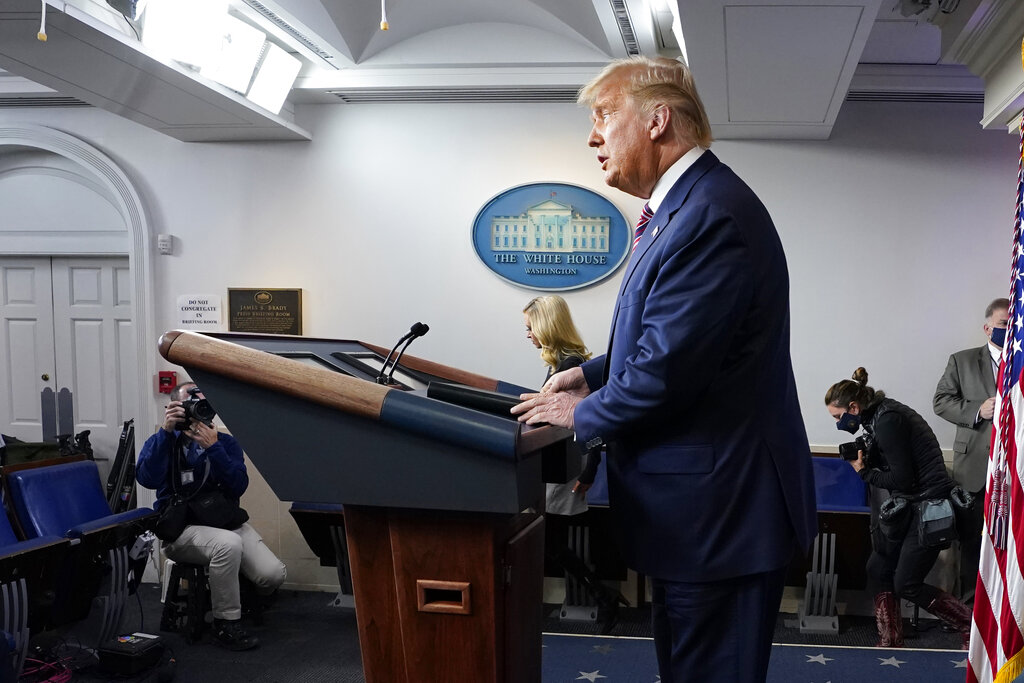 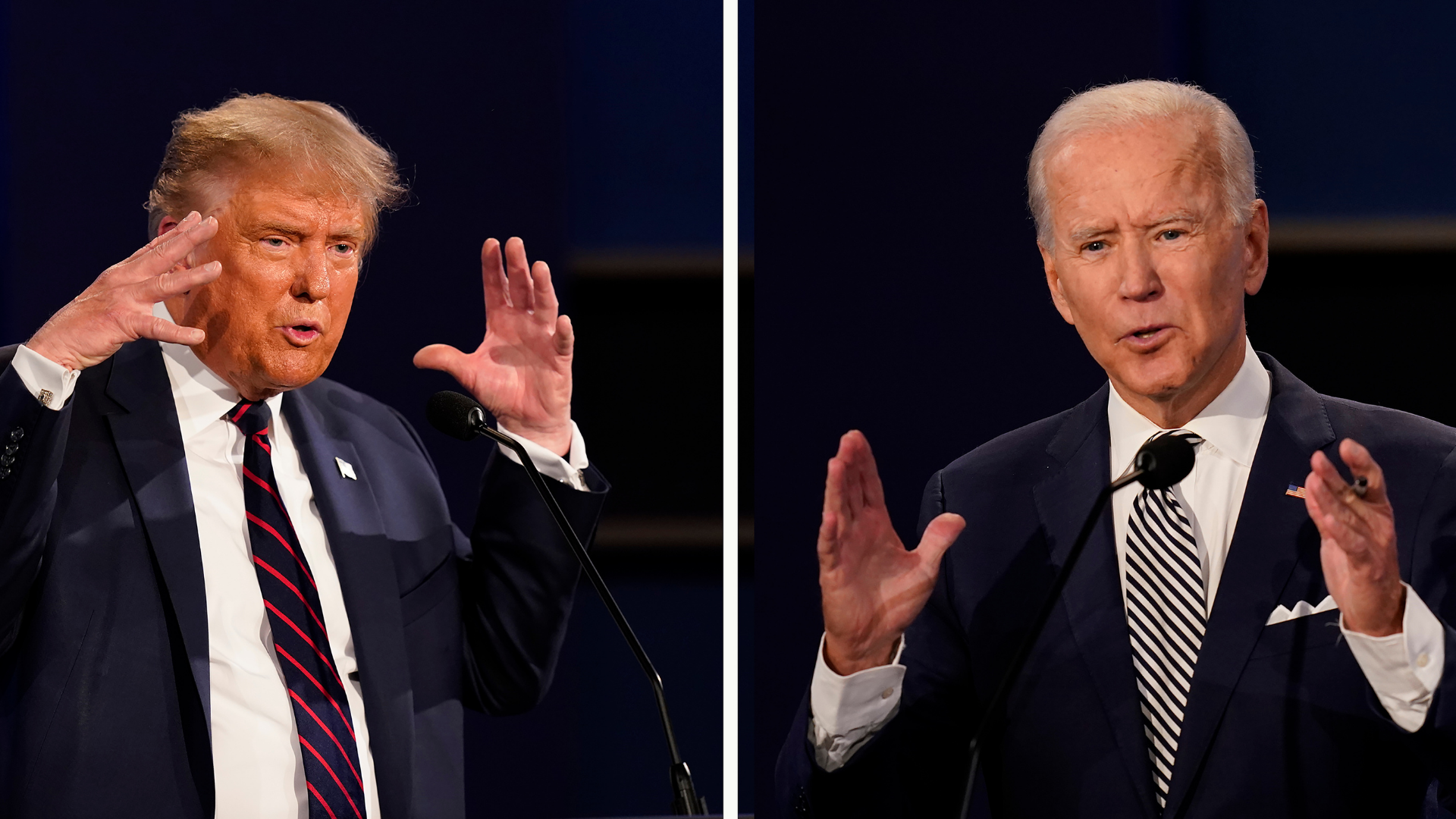 NEW YORK — Three days after several projections showed that Americans had determined Joe Biden would be the next president of the United States, the current president still won't acknowledge the win.

President Donald Trump's challenge to the election results has left the Biden-Harris transition team restricted from access to federal resources that are usually made available as one administration passes to another. Still, on Tuesday, President-elect Biden said that the situation is not slowing his team down.

"The ability for the administration in any way [to fail] to recognize this win does not change the dynamic at all in what we're able to do," Biden said during an afternoon news conference.

Despite his optimism, the Trump administration was uncompromising.

Secretary of State Mike Pompeo said, while addressing reporters, "There will be a smooth transition to a second Trump administration."

He later seemed to walk back his comment, implying it was a joke.

"I am very confident that we will count, and we must count, every legal vote," Pompeo said. "We want to make sure that any vote that wasn't lawful not be counted.

"We'll get it right. We're in good shape," the secretary said.

Still, for now, only four Republican senators — Susan Collins of Maine, Lisa Murkowski of Alaska, Mitt Romney of Utah, and Ben Sasse of Nebraska — have publicly acknowledged that Biden is the president-elect.

Off the record, however, is a different story, according to Sen. Chris Coons, who represents Delaware and is a friend of Joe Biden.

He said in an interview on Tuesday that Republican senators "call me to say, you know, 'Congratulations, please convey my well wishes to the president-elect, but I can't say that publicly yet.'"

In contrast, the leader of the Republican Senate Majority Leader Mitch McConnell repeated on Tuesday what he'd said the day before -- that President Trump's challenge of the election results is legitimate. And this time, McConnell added what appeared to be words of reassurance.

"It's not unusual," he said, about Trump's campaign challenging the outcome of the election. "It should not be alarming. At some point, we'll find out who was certified in each of these states."

In response, Biden said, "I haven't had a chance to speak to Mitch. My expectation is to do that in the not too distant future."

He and McConnell, each with notable Senate tenures, have been friends for decades.

That didn't change the fact, however, that Emily Murphy, who heads Trump's General Services Administration, or GSA, is not recognizing the Biden-Kamala Harris transition team.

Because the GSA controls federal funds, federal offices, and other federal resources that the transition team is entitled to, it is withholding those resources by not recognizing the Biden election victory.

Alain Sanders, long-time senior reporter for Time Magazine and emeritus professor of political science at St. Peter's University in Jersey City, said that the Trump campaign's actions were uncalled for.

"You can lose," Sanders said in an interview with PIX11 News. "You can run a wonderful campaign. You can run perhaps even the best campaign, a truthful campaign, a campaign that has the support of millions of people, but because politics is so unpredictable, and many factors occur in a campaign, that you may just lose it."

"That doesn't mean it's fraud," he continued. "It means that even with your best effort, you didn't succeed."

Morgan Pehme, a political analyst and documentarian said that unproven claims of voter fraud, and a continued unwillingness by the Trump administration to acknowledge its loss, could endanger American democracy and national security.

"It's hard to predict how things are going to play out," Pehme said, "but it's certainly troublesome, when you think about the way things are supposed to go."

For his part, however, Biden said he believes the lack of acknowledgment of the election results by GOP leaders is only temporary.

"The whole Republican Party has been put in a position of being mildly intimidated by the sitting president," Biden said. "But there's only one president at a time."