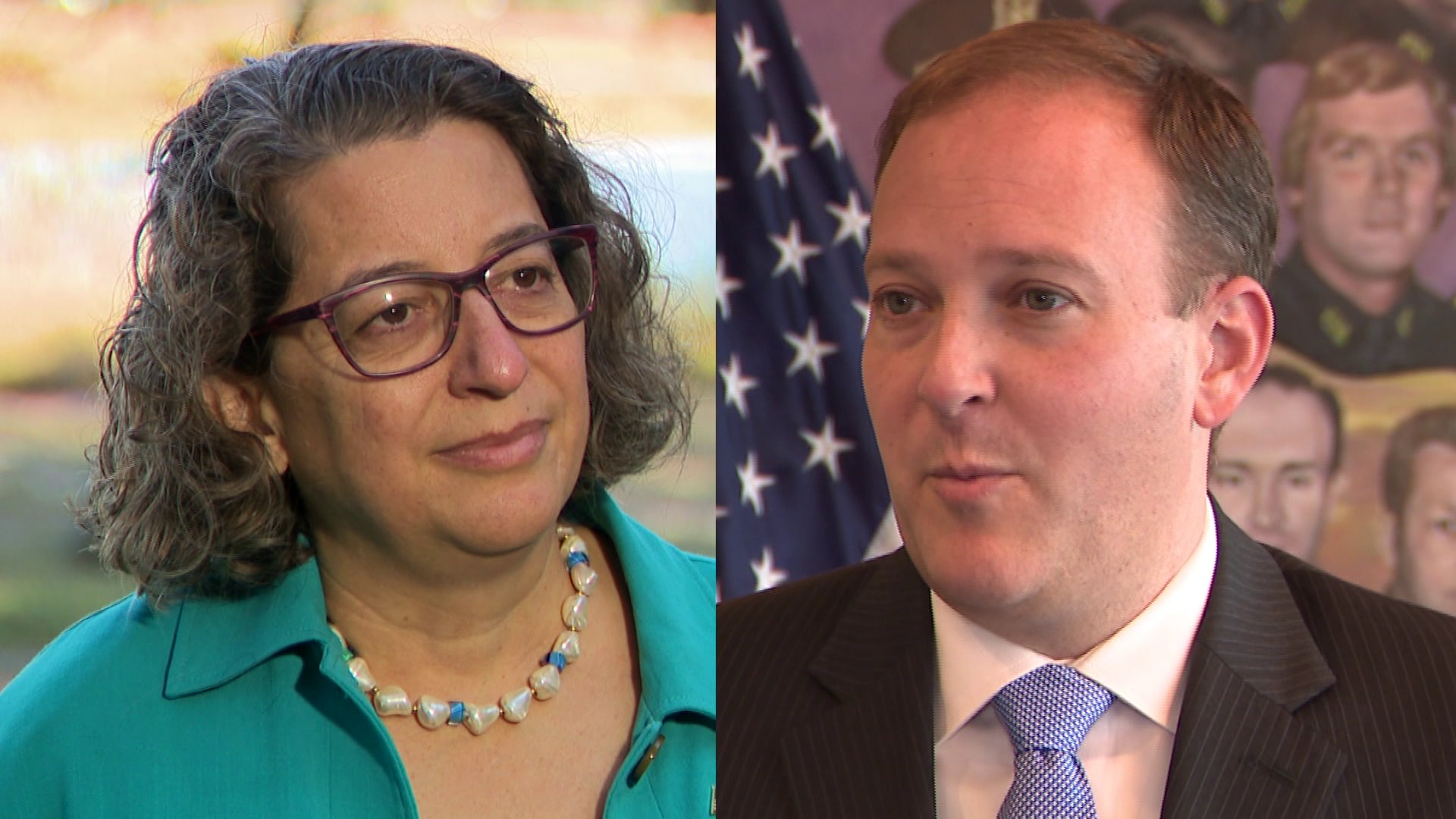 STONY BROOKY, NY — New York’s 1st congressional district, which encompasses some of the most picturesque and wealthiest parts of the country, is the eastern most part of Long Island.

The district, encompassed entirely within Suffolk County and including the Hamptons, has been represented by three-term Congressman Lee Zeldin. He's been challenged by Democrat Nancy Goroff in the election.

Zeldin gained national prominence this year speaking at the Republican National Convention as he doggedly defended President Donald Trump throughout the impeachment hearings and the COVID-19 pandemic.

He said his access to the current administration and willingness to work with anyone benefit the district.

“Defeating MS-13, getting Army Corps projects over the finish line, picking up the phone and immediately having personal protective equipment in the hundreds of thousands sent instantly and the list goes on,” Zeldin said. “It’s a consequence of building bridges.”

Challenger Nancy Goroff said she welcomes a campaign about the COVID-19 response. Having chaired the Chemistry Department at Stony Brook University for 23 years, she would be the first woman in Congress with a science Ph.D.

“If masks are so important, as they are, and he’s so proud of the masks he brought here, he should be standing up to the President, and standing up for leadership that will actually keep people safe,” Goroff said.

Zeldin and Goroff have also clashed on other issues, including a key recent accomplishment Congressman Zeldin often points to: helping bring a $2 billion ion collider to the Brookhaven National Laboratory.

“This means thousands of jobs here on Long Island,” Zeldin said. “And not just jobs but crucial research.”

“Congressman Zeldin takes credit for stuff when he has nothing to do with it,” Goroff said, claiming Zeldin would write press releases for grants her chemists had earned on their own.

Zeldin has also gone after Goroff for supporting policies he said makes the community less safe.

“I happen to be running against someone who calls the police dangerous, who has supported cashless bail and would support mass prison release including violent criminals,” he said.

Goroff said she does not support defunding the police.

“I am for increasing money for social services so we can take care of people in the community and the police don’t have to come in at the last minute as an emergency," Goroff said.