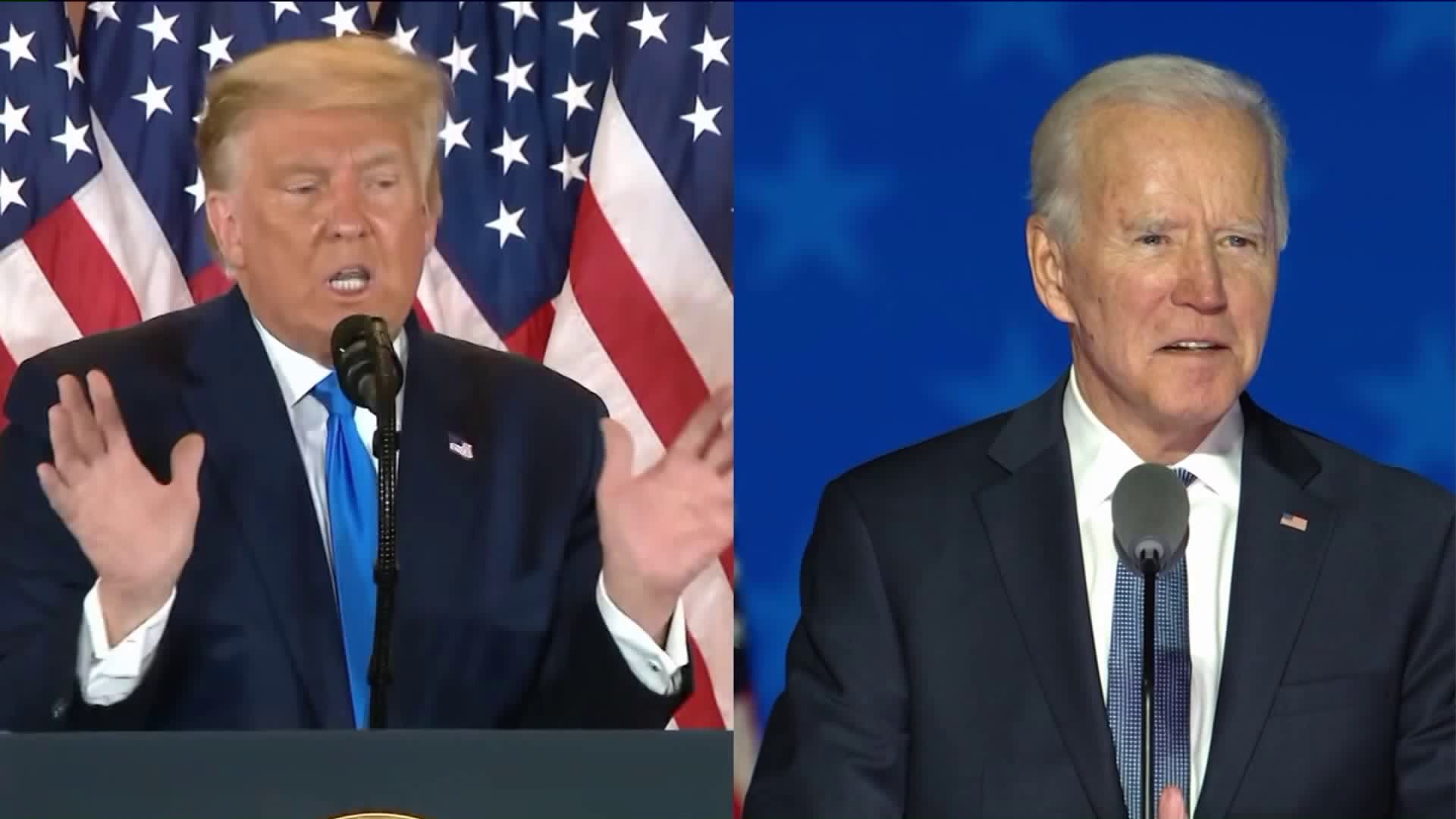 Trump said Friday, again, that he won the election, though the numbers clearly show he did not.

NEW YORK — President-elect Joe Biden remains focused on the pandemic against the backdrop of increasingly desperate attempts to overturn the election by President Donald Trump.

Negotiations have been stalled for months and they are unlikely to move forward with help from Biden as long as Trump continues to try and undue the results of the election.

With the president’s legal challenges failing all around the county, Friday he tried a new tactic.

Trump met with Michigan Republican legislative leaders, having openly floated the idea of encouraging them to appoint electors who would overturn the results.

It is extremely unlikely, and likely illegal, for the Republican controlled statehouse to override Michigan voters, who chose Biden by about a 150,000 vote margin. However, if it were to happen, Michigan’s Democratic Governor could always appoint her own slate of electors, and then it would be up to Congress to sort out the mess.

Even federal Republicans have signaled Trump’s most recent push goes too far. Utah Sen. Mitt Romney tweeted in part: “It is difficult to imagine a worse, more undemocratic action by a sitting American president.”

Trump did not mention the Michigan meeting, but for the first time since Biden won, he made a brief on camera comment about the election during an announcement on prescription drug pricing. He is still denying reality.

The desperation from Trump comes as he is running out of time in key swing states Biden won.

In addition to Georgia certifying results, Pennsylvania and Michigan are expected to certify results on Nov. 23, Nevada will certify on the Nov. 24, Arizona is slated for the Nov. 30 and Wisconsin — where Trump has already paid for a recount — will certify Dec. 1.

If any states miss the deadline because of lingering legal issues, all disputes must be settled by Dec. 8. The Electoral College votes Dec. 14.

Biden also turned 78 Friday. It is reminder that when he is sworn in, he will be the oldest sitting president, surpassing Ronald Reagan, who left office just shy of his 78th birthday.