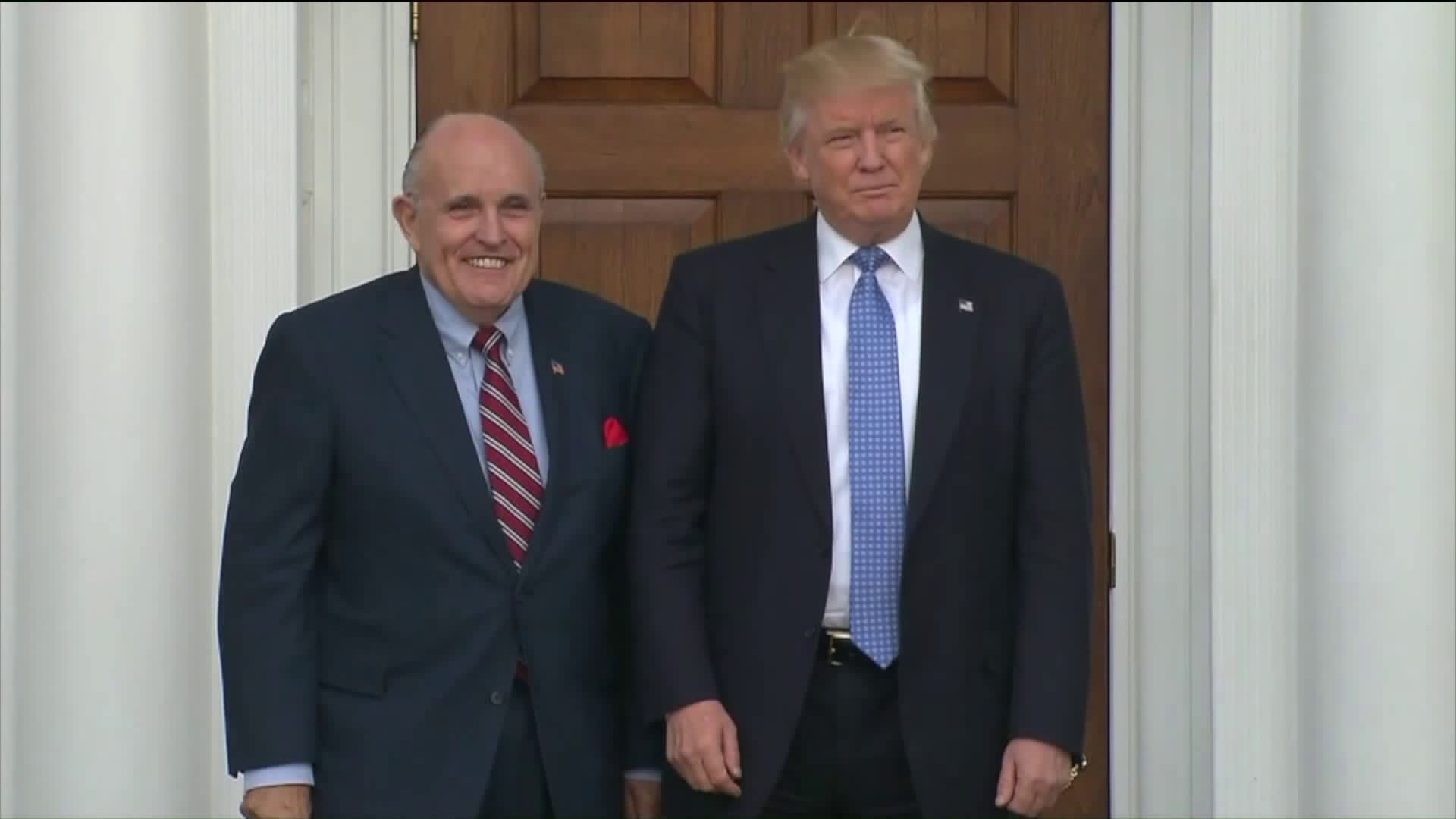 The man once known as America's Mayor is now in hot water over his role in Wednesday's Capitol insurrection. 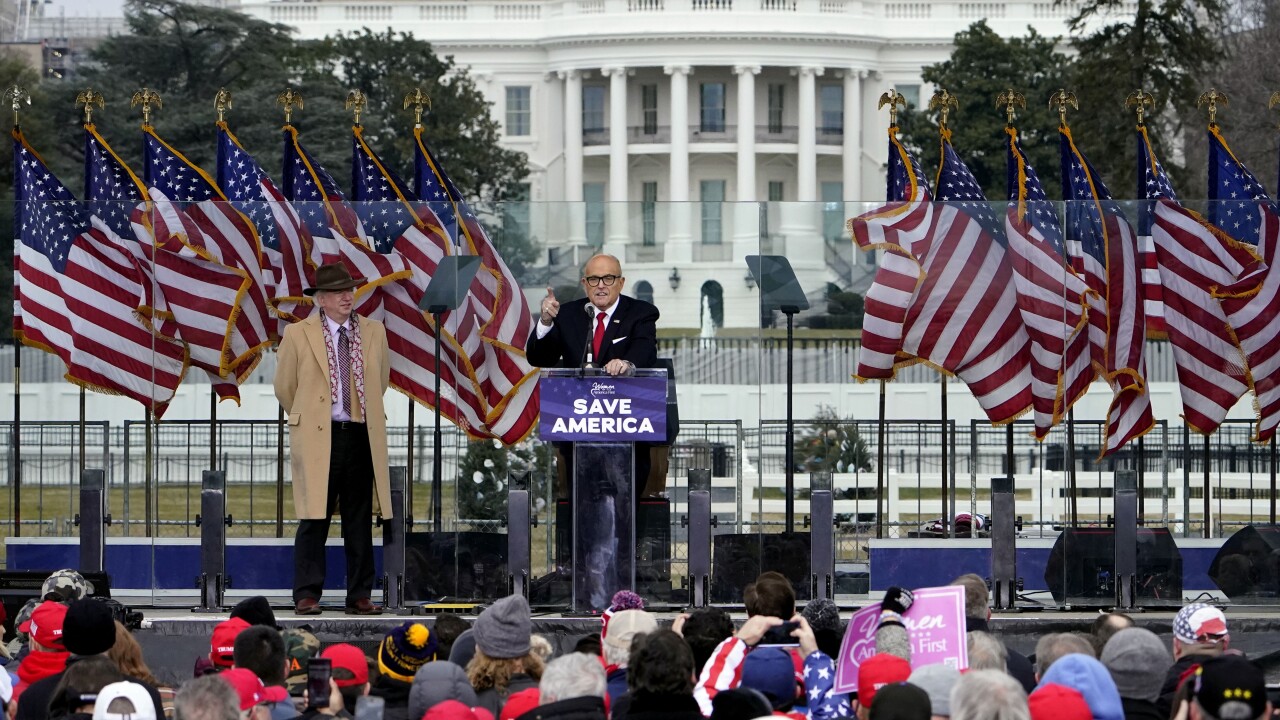 WASHINGTON — Rudy Giuliani is facing possible expulsion from the New York State Bar Association over incendiary remarks he made to President Donald Trump’s supporters last week before they stormed the U.S. Capitol.

The organization said Monday that it has opened an inquiry into whether Giuliani should remain a member.

Its bylaws state that “no person who advocates the overthrow of the government of the United States” shall remain a member.

Removal from the bar association, a voluntary membership organization dating to 1876, is not the same as being disbarred and banned from practicing law.

That can only be done by the courts.

Freshman congressman from the Bronx Ritchie Torres was inside the Capitol last Wednesday when the violent rebellion broke out.

Torres feared for his life. Now, he is among those calling for the president's personal attorney to be disbarred.

“Rudy Giuliani instigated a violent mob, an angry armed mob, to quote engage in trial by combat,” said Torres. “
“There were gallows and a noose and guns and explosives found, it was a dangerous situation and the inflammatory words of Rudy Giuliani poured gasoline on the fire.”

Monday, the New York State Bar association announced it's considering removing Giuliani as a member, citing his continued baseless claims of election fraud including what he said before that crowd.

“As far as I'm concerned, he's committed two offenses that are grounds for disbarment; he attempted to
fraudulently overturn the results of the election and he incited a riot and an insurrection against the U.S. Congress,” said Torres.

The New York Bar Association has also received hundreds of complaints, asking they go further and disbar Giuliani. But only the court can strip him of his license and ability to practice.

Former Asst. U.S. attorney and legal expert David Katz said he believes there are grounds to do so.

“If he committed something that was unethical, especially illegal, that's what the bar inquiries into and if you don't have the professional standards, the ethical standards that are required of a member of the bar who has this valuable license,” said Katz, "the state can take it away.”

Torres is also calling for Giuliani to be banned from the Capitol.

“Those who inspired the assault on the Capitol like Rudy Giuliani should be prohibited from ever entering the Capitol again," he said.

“He gave a very troublesome speech, it did incite insurrection, then you have to weigh things like his intent, what he knew, what he should've anticipated,” said Katz. “He’s prosecuted people for inciting crimes.”

He added that disbarment may be the least of Giuliani’s problems. He could face prosecution.

“He may be called to task for many things besides just egging on that crowd to commit insurrection.
There may be quite a number of charges against him,” said Katz.

The former New York City mayor once best known for leading the city through some of its darkest times is now better known for remaining a Trump loyalist.

“There is a tragic irony,” said Torres. “The law and order mayor has become an agent of lawlessness and disorder. America’s mayor has ironically inspired an insurrection against America.”