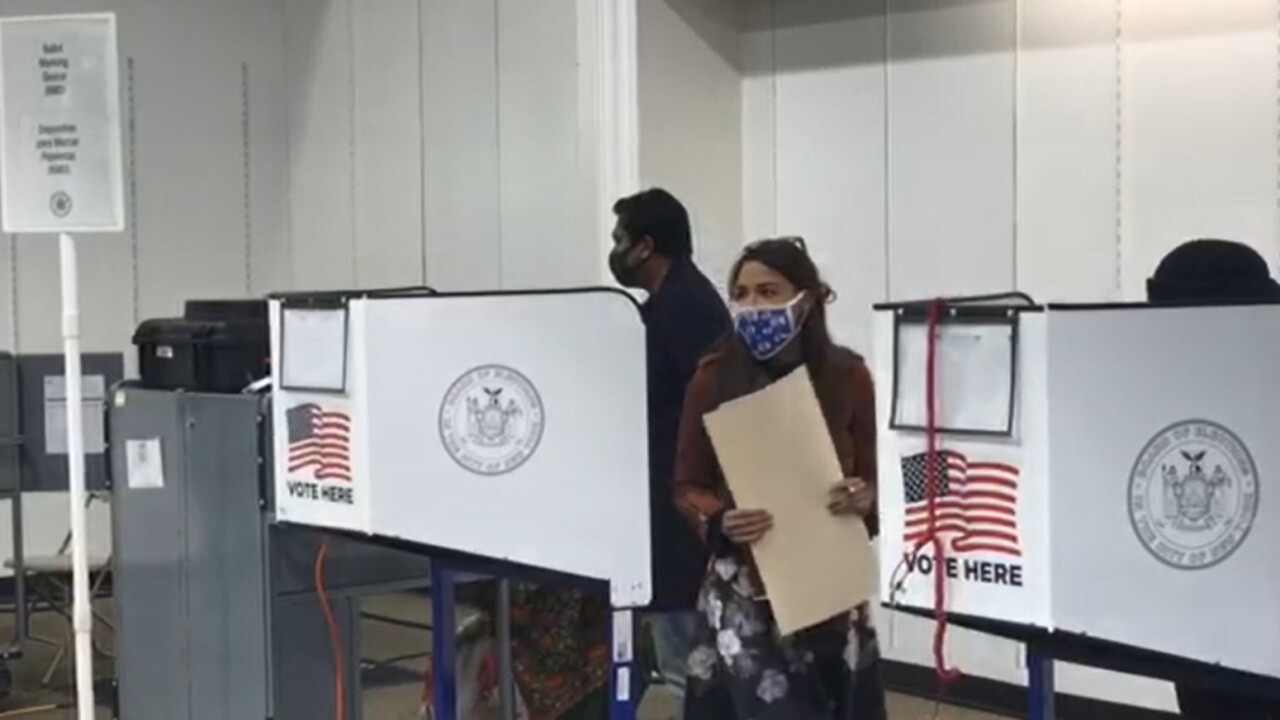 The congresswoman, who represents neighborhoods in Queens and the Bronx, waited on line for about 90 minutes before it was her turn to vote at the Parkchester polling site.

"It felt cathartic … It just felt really good to make a tangible step to move forward, to change our leadership where it needs to be changed," Ocasio-Cortez said.

Early voting in New York kicked off on Saturday and runs through Nov. 1.

Nearly 94,000 people voted in New York City on Saturday alone, according to the Board of Elections.

Many voters stood in long lines for several hours to cast their ballot. More long wait times were reported across the city on Sunday.

Early voting in New York: What to know