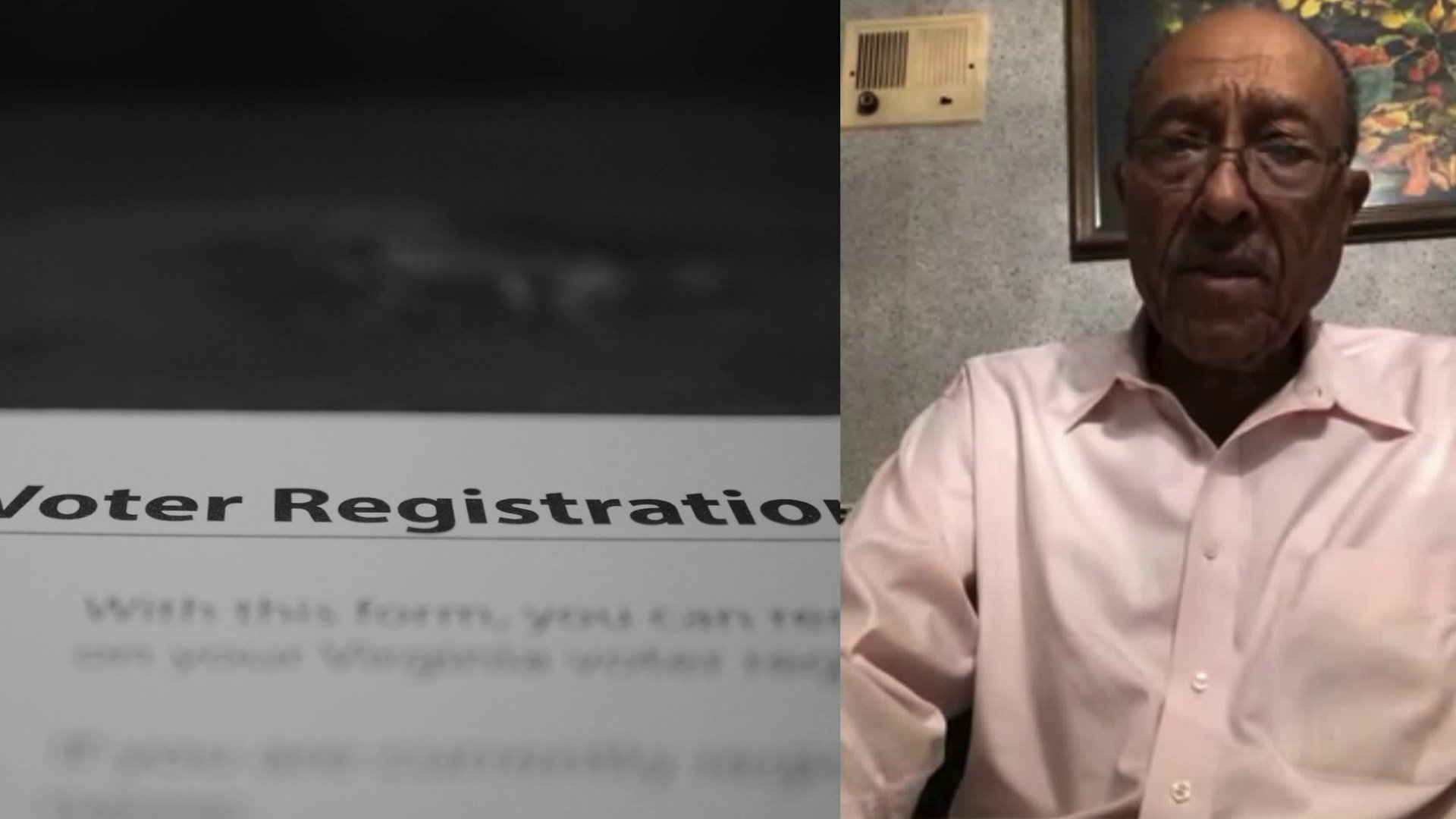 It's been 55 years since the Voting Rights Act was passed, but the voting rights of Black Americans are once again coming under attack. Craig Treadway spoke with two pioneers who worked tirelessly against voter suppression.

In August of 1956, Ellerbe, North Carolina resident Henry Frye was on his way to get married in a town about an hour away. He thought he’d kill two birds with one stone and register to vote at the Ellerbe Town Clerk's office before the wedding. In Ellerbe, you could only do it on Saturdays.

Frye was a a former air force captain, and college graduate just about to enter the University Of North Carolina Law school. But the clerk, who knew Frye's family and all about his accomplishments, asked Frye a series of test questions on history and the constitution.

“Well, I said, 'why are you asking me all these questions? I’m just here to register to vote,'" Frye told PIX 11. “And he said, 'they’re all in the book and if you don’t answer, I’m not going to register you to vote.'”

Frye said the clerk pulled out a blue, nondescript book and showed it to him. Frye was being subjected to what’s called a literacy test. He did get married that day, but after he refused to answer the clerk’s questions, he did not register to vote that day.

In 1969, elected as the state’s first black lawmaker since reconstruction, Frye had one thing in his sights.

“The first bill I introduced was a resolution to abolish the literacy test as a requirement for voting in North Carolina," he said.

Two years after Frye was elected to the state General Assembly, he was joined by the Reverend Joy Johnson, and two years after that by attorney Mickey Michaux. The three men formed the state’s first Black Caucus and, together, they worked to strengthen the state’s voting protections.

‘When the Republicans took over in 2010 and 2011, after we had passed everything we needed, they began to erode all we had done,” said Michaux.

The 1965 Landmark Voting Rights act should have been the last word on the subject, but 2013 changed all that.

In the 2013, U.S. Supreme Court ruling in Shelby County Versus Holder, what’s called “pre-clearance authority" was gutted. The ruling basically nullified part of the law that mandated that any state that wanted to make changes to its voting laws had to get the move cleared by the Justice Department to guard against discriminatory laws. As warned by critics, the ruling had the subtle effect of a sledgehammer on a swollen damn.

“The discriminatory voter ID law went into effect in Texas as soon as the decision came down,” said Sean Morales Doyle of the Brennan Center for Justice. “North Carolina acted to pass laws that the Supreme Court itself said targeted Blacks with surgical decision.”

Michaux argued against one of North Carolina’s Republican-backed voting bills on the floor of the North Carolina General Assembly.

“I think I said on the floor that they should send that bill to hell where it would never rise again," he said.

A 2018 Brennan Center report concluded that previously covered states, nine as a whole, and some counties and townships in five others, had purged voters off their rolls at significantly higher rates that non-covered jurisdictions. They had also enacted laws and other measures to restrict voting.

As of 2019, 29 states had put new voting restrictions in place, from cutting down the number of days to vote to eliminating early voting as well as closing polling places.

“One of the tactics we’ve seen in the aftermath of Shelby versus Holder is that many states have closed down polling sites which just happen to be in low-income, African American communities and communities of color,” Congressman Hakeem Jeffries (D-NY) said.

The Leadership Conference on Civil and Human Rights has found that since 2013, nearly 1,700 polling places have been closed in 13 states, including nearly 1,200 in southern States. In Georgia, seven counties now have just one polling site each to serve hundreds of square miles.

Democrats are also concerned about voting during the pandemic. President Donald Trump and Attorney General William Barr assailed mail-in voting as wrought with fraud, despite evidence to the contrary. There are also concerns about Trump mega-donor and new Postmaster General Louis DeJoy. There are concerns that DeJoy is degrading the postal services capabilities to handle mail-in ballots in the run up to the election.

Henry Frye, meanwhile, has retired from public service as Chief Justice and the first African American to serve on North Carolina’s Supreme court. And Mickey Michaux retired as the longest serving member of the state’s General Assembly in North Carolina’s history. Michaux has little love for those seeking to tear down all that he and his colleagues in the North Carolina Black Caucus worked for.

“Like one Republican said to me 'Y’all just want everybody to vote don’t you,'" he recalled. "I said, 'don’t you?'"

Michaux said that Republican lawmaker just shook his head and walked away.