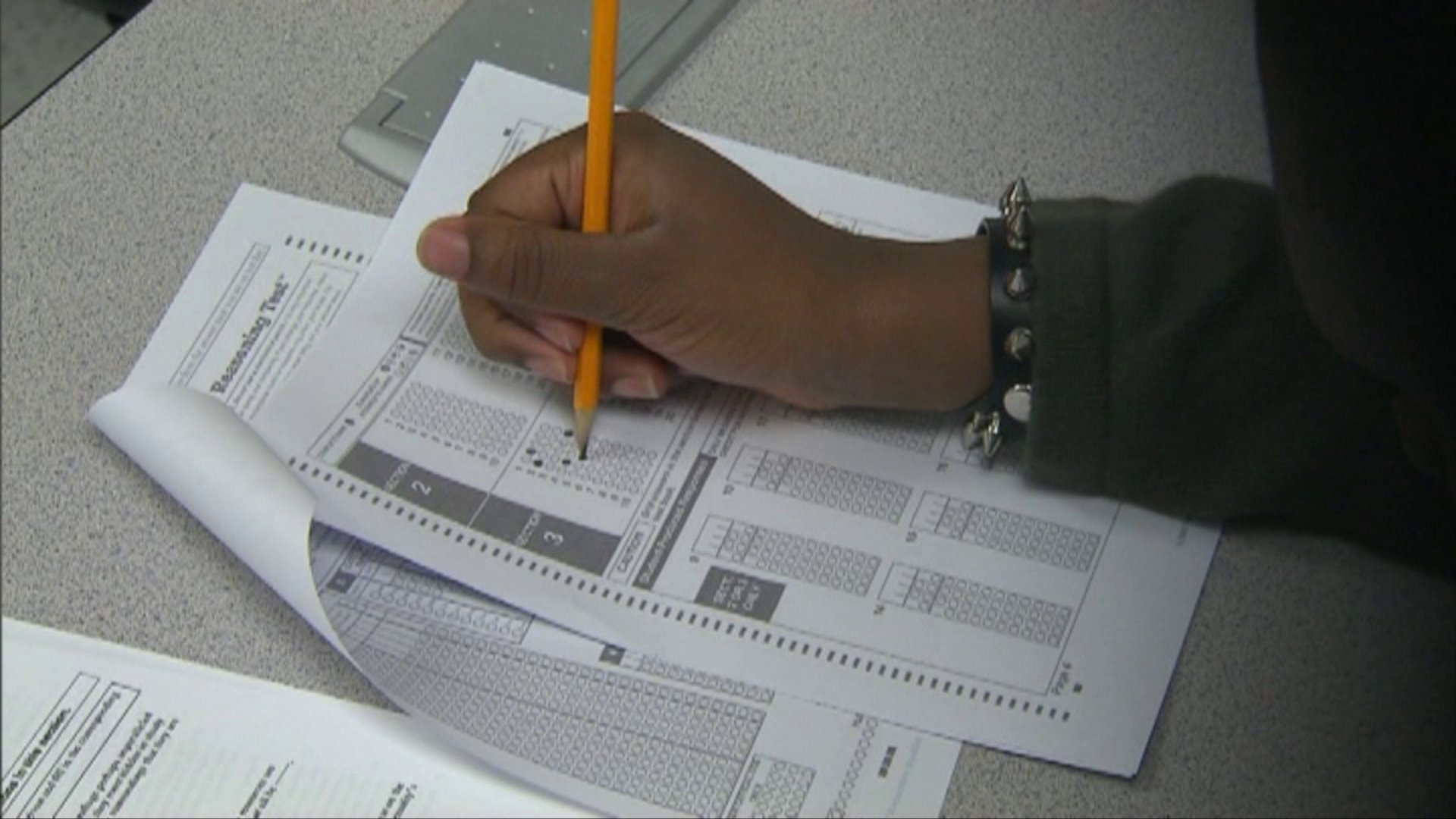 The SAT tests have been criticized in recent years as discriminatory to people with disabilities along with low-income and minority students, but the standardized test also has racist roots.

The SAT tests have been criticized in recent years as discriminatory to people with disabilities along with low-income and minority students, but the standardized test also has racist roots.

It was created by a eugenicist and was first given in 1926 to 8,000 high school students. At the time, some schools wanted to diversify their wealthy, prep school student body, but only with other native-born white students.

In the 1920s, eugenics was a movement led by social scientists that believed you could improve the human race by selective breeding. Princeton Professor Carl Brigham was one of those scientists, according to Nicholas Lemann, author of "The Big Test: the Secret History of American Meritocracy."

The scientists developed tests for the Army during World War I. The tests were supposed to measure the intelligence of recruits so the Army could identify men with so-called superior mental ability and those deemed mentally inferior.

After the war, Brigham published a book called "A Study of American Intelligence.” With it, he sounded the alarm about Europeans streaming in from eastern and southern Europe. He felt they would overwhelm the "races of higher intelligence."

Eugenicists promoted laws and movements for the preservation of racial purity.

Brigham’s next project was the development of the SAT.

National Center for Fair & Open Testing head Bob Schaeffer said that even today, the way the SAT and other standardized tests are used creates further barriers

Still, the SAT and other standardized testing endures, despite the racist roots, but the SAT tests' days may have an expiration date.

Just this spring, the university of California Board of Regents unanimously approved the suspension of the standardized testing requirement for all California freshman applicants until fall of 2024.

On it’s website, the National Center for Fair & Open Testing has a list of more than 1,500 four year colleges and universities listed as test optional.

Believe or not, it seems Brigham would approve. In the 1930s, he denounced the eugenics movement and became its leading critic. He also disowned his own book, calling it worthless. He campaigned against the SAT as a college admission device up until his death.