Latinx: What's in a name? 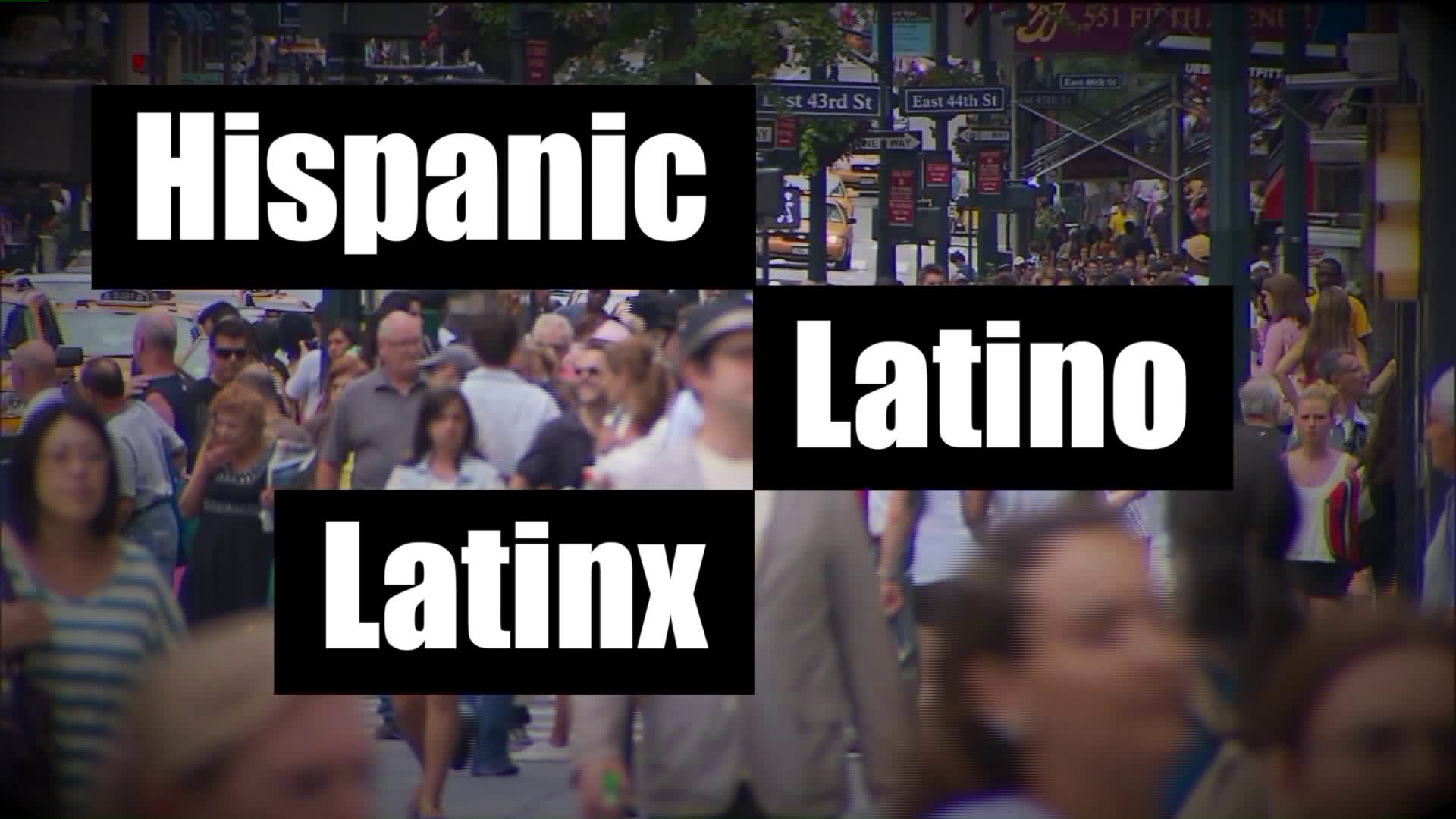 Latinx, the gender-neutral alternative to "Latino," has made things just a little easier for people with Latin American roots who identify as non-binary.

Latinx, the gender-neutral alternative to "Latino," has made things just a little easier for people with Latin American roots who identify as non-binary, including Queens resident Danny Builes.

"It's good because they're including everybody in the concept," Builes said. "Because I'm non-binary, I'm feeling included."

The word has grown in popularity. Google searches for the term peaked following the Pulse nightclub shooting, where over 100 people were shot and 49 killed on 'Latin night' at a gay nightclub.

Despite the growth in popularity, the Pew Research Center found only 3% of the people the term is meant to describe identify as 'Latinx'

"We found the majority of Hispanic adults actually are unaware of the term; about 3/4th haven't heard of the term," said Mark Hugo Lopez with the Pew Research Center.

Columbia professor Ed Morales is author of "Latinx: the New Force in American Politics and Culture"

"There's a lot of debates about labels," Morales said. "In the past we've argued about Hispanic or Latino, now there's Latinx."

Arlene Davila is the director of the Latinx project at NYU, which highlights cultures of people of Latin American descent. Davila said it's important for groups of people to claim their identity.

In his one-man-show 'Latin History for Morons,' actor, playwright and director John Leguizamo looks at the parts of Latin history not taught in public schools-

"If the hunter gets to tell the tale, you're never going to hear the lion's side," Leguizamo said.

The award wining actor thinks there should be more representation of Latinos.

"I don't want to see another generation lost of gifted, talented Latin kids with gifts and aspirations that don't get to sell them," Leguizamo said.

Leguizamo is supportive of the term latinx.

"Hispanic is a clinical term. Latinx because it includes my sisters that deserve respect. I feel like Latino is a little sexist," Leguizamo said.

Some argue the term “latinx” shouldn't be used at all.

"These labels are colonial and European in origin," said journalist Adriana Maestas. "What we end up doing is celebrating or centering colonialism or European heritage and in the process, we eliminate people of indigenous or African heritage."

For Danny Builes, a new “label” is a step in the right direction.

"It was very important," Builes said. "It was a great step in my acceptation process. It's making me feel comfortable with something."