Created Equal: Are reparations owed to Blacks barred from buying property? Why some experts say yes 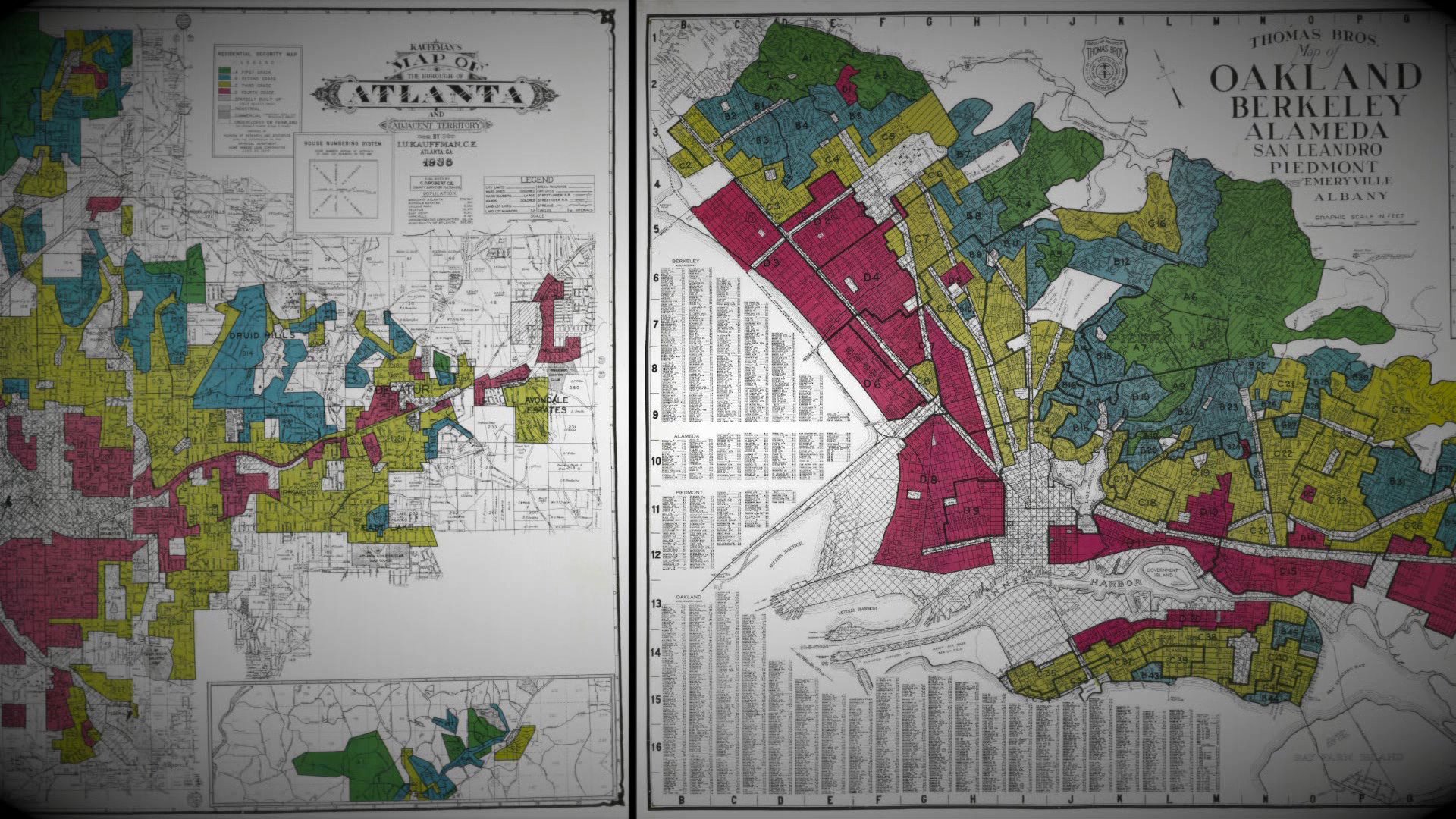 The impact from housing discrimination nationwide has trickled down to today, making a case for reparations.

LEVITTOWN, NY — Levittown, a community of 52,000 people, was the first of thousands of suburban developments designed to promote the American Dream of home ownership for the middle class. However, Levittown was also set up, from its inception in 1947, to leave Black Americans out.

Now, some fair housing advocates and researchers in housing policy are calling for Black Americans to be financially compensated for the equity from which they were restricted, in Levittown and in communities nationwide.

Developer William Levitt made clear that the suburb of more than 17,000 mass-produced homes that he built in the late 1940s would be made affordable for veterans returning home from World War II. However, the deeds on the homes had a clause that spelled out in no uncertain terms that homeowners were "not to permit the premises to be used or occupied by any person other than members of the Caucasian race."

It was a reality that prospective home buyers who were Black learned in shocking, painful ways.

Delores Quintyne, 83, went with her late husband, a World War II Navy combat veteran, to look at a Levittown home in 1961. After the African American couple drove out to Long Island from their apartment in a Harlem housing project, they encountered a salesman for the Levittown homes.

The homes' deeds, which contain the "Caucasian race" clause, are still applicable to each home. Every housing deed in the United States is a permanent document, even if terms of the deed are no longer enforceable, as is the case for the Caucasian race clause.

Ian Wilder, the executive director of Long Island Housing Services, a housing advocacy group, said that there's a key aspect to the clause's exclusivity that can't be overlooked.

"We have to remember," Wilder said in an interview, "those deeds were approved by the federal government."

The Federal Housing Administration, founded in 1934, issued maps of communities nationwide and color-coded them to indicate to lenders what areas were deemed preferable for housing investments. The most favorable areas, in the FHA's estimation, were zoned green. Moderate risk neighborhoods were coded yellow. Undesirable neighborhoods were colored red. It's a practice called redlining, and any neighborhood with even one Black resident was redlined, without question.

The result of that practice, which went on for decades, was that most white Americans have lived separately from Black Americans, for generations.

"That's the problem with discrimination and racism," Wilder said. "It carries forward."

It's a fact that's been emphasized by protesters nationwide over the last few months, in particular.

There was even a Black Lives Matter protest in Levittown this past summer.

The Nassau County community set up 73 years ago exclusively for "members of the Caucasian race" is today only 1 percent black, and nearly 84 percent white, according to the U.S. Census.

When Levitt built his homes, veterans weren't required to make any down payment. For anyone else, the down payment was $10. Again, Blacks were restricted, even if they were combat veterans.

At least one white war veteran who'd successfully gotten a Levittown mortgage had served on the German side, as a sailor on a U-boat in the Nazi German navy.

The $10 down payment was the equivalent of $120 today, adjusted for inflation. The new homes cost about $8,000, which is about $96,000 today. They were prices that black families like the Quintynes could afford, but were barred from purchasing.

Homes in Levittown now are worth far more than the homeowners' original investments, as Richard Rothstein, an historian and researcher on historical housing discrimination, pointed out in an interview.

Wilder put it another way.

To bridge that wealth gap, both Wilder and Rothstein said that significant action needs to be taken.

"I call it remedies," Rothstein, the author of "The Color of Law," a history of federally-mandated housing discrimination, said.

Those remedies, he continued, should be in the form of significant financial compensation to Blacks, nationwide.

"Find the name of the bank that guaranteed those loans," Rothstein said. "That bank owes reparations. That bank should be setting up a fund to subsidize African Americans."

"If it does come to pass, it should have been a long time ago," she said.

In the meantime, there are other measures being carried out that attempt to challenge American inequities.

The most wide-ranging is in the Tri-state region, in New Jersey. The Garden State and Massachusetts both have statewide laws that provide for what's called "fair share" housing.

It's where at least 10 percent of all newly constructed housing, in every community in each state, must include homes for low-income residents, who tend to be people of color.

Critics had feared that crime would rise and school test scores in the area would drop. Instead, what's risen are property values, and what dropped were obstacles to advancement for children of color in the local schools.

The situation is fully documented in the book "Climbing Mt. Laurel."

"There's a spotlight on them," Sen. Thomas told PIX11 News in a Zoom interview, "saying, 'What exactly are you doing to train your real estate agents?'"

"And those real estate agents that didn't show up," Thomas continued, "we subpoenaed them."

The New York State Senate is expected to hold hearings later this month with realtors who were compelled by supoena to appear, including Coldwell Banker, Re/Max, Keller Williams and Realty Connect USA, according to a spokesperson for Sen. Thomas.

There's also been a call to track down racist housing covenants like those in Levittown homes. Even though deeds like them are no longer enforceable because of the 1968 Fair Housing Act, it may still be helpful for home buyers and home owners to know if a home has racist language in its deed.

That's what Nassau County officials, led by Legislator Carrié Solages, called for. They introduced a measure that calls for the county to create a database that catalogs racist covenants in housing deeds.

Again, those covenants are no longer enforceable, thanks to both legislation and court rulings. Other advancements in housing equality have also occurred since the Quintyne family first went looking for a home in the suburbs in the early 1960s.

In fact, Irwin Quintyne, the father of the family, became a prominent fair housing activist through the Congress of Racial Equality. He passed away in 2004, but the Town of Babylon, in which North Amityville is located, named a street after him and his wife to recognize their activism. A building housing a community center and town offices is also named after Irwin Quintyne.

His daughter, Madeline Quintyne-McConney, has an office in the building named after her father. She's now the commissioner of human services for the Town of Babylon.

She and her family members all own their own high-end homes —and at least one of them owns more than one home — six decades after the family was run out of Levittown.

There are advances to be sure, but as Delores Quintyne pointed out, the country has only come so far.

"Don't go home and sit down," the family matriarch said, "because once you've won one battle, it doesn't mean that that's finished. Because once you win one, another one's going to come up."