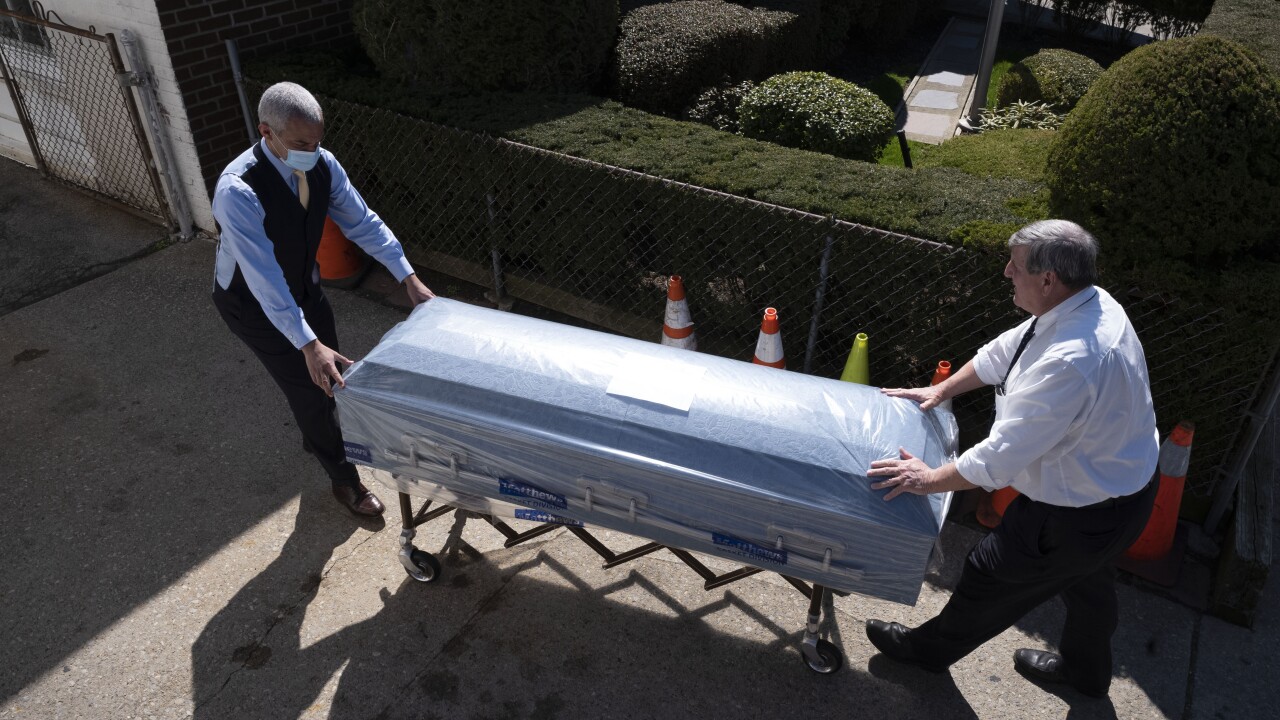 NEW YORK CITY — As New York continues to make slow but steady strides toward curbing the spread of COVID-19, it’s tempting to grasp onto any small amount of good news, but it’s also important to remember that not all data is created equally.

In a state where coronavirus once claimed more than 700 lives per day, Gov. Andrew Cuomo’s announcement on Tuesday that only two deaths were reported statewide, neither of whom were New York City residents, is an incredible milestone for the city.

New York City was considered the epicenter of the coronavirus pandemic for months.

Hospitals were overwhelmed and freezer trucks were brought in to serve as temporary morgues while the city began burying unclaimed remains on Hart Island. Some families say they were misled by funeral homes about where their loved one’s body was being held.

Since March, more than 18,800 people in the city have died of COVID-19, and another 4,624 fatalities remain under investigation, according to city Health Department data.

But while the state reported zero deaths in the five boroughs on Monday, the city Health Department has already listed one confirmed fatality on the same date.

The difference is in how the city and state collect data on the coronavirus.

The city Health Department even includes a disclaimer on its online data portal warning readers that its death numbers often differ from the state’s due to “data collection differences.”

According to the disclaimer, the state Health Department gets its data on fatalities via the State Hospital Emergency Response Data System, in addition to daily check-ins with hospitals and other long-term care facilities.

The city Health Department’s surveillance database informs its fatality reporting. Deaths are also confirmed through the city Office of the Chief Medical Examiner and Bureau of Vital Statistics, which registers, analyses and reports every death in the five boroughs.

“Due to the time required by the Health Department to confirm that a death was due to COVID-19, the city’s reported total for any given day is usually lower than the state’s number,” the city DOH data portal says.

The state Health Department and the governor’s office did not respond to PIX11’s requests for comment on state COVID-19 fatality reporting and the discrepancy in Monday’s data.

When a death is reported, sometimes days after the person has died, can also cause data to change.

On July 13, Mayor Bill de Blasio had announced there were zero coronavirus deaths in a 24-hour period and hailed the milestone as, “a moment to appreciate that everyone of you did so much to get us to this point.”

Preliminary data from the city Health Department indicated that the period of no COVID-19 deaths was on July 11, however a spokesperson warned that the data was subject to change due to a lag in reporting.

And while these numbers pale in comparison to where New York was in April and May, Cuomo said on Tuesday that even two deaths were “two too many.”

On Wednesday, the death toll climbed again. Nine more people have died of coronavirus, according to the state Health Department.