Washington returning 400 ventilators for use in New York 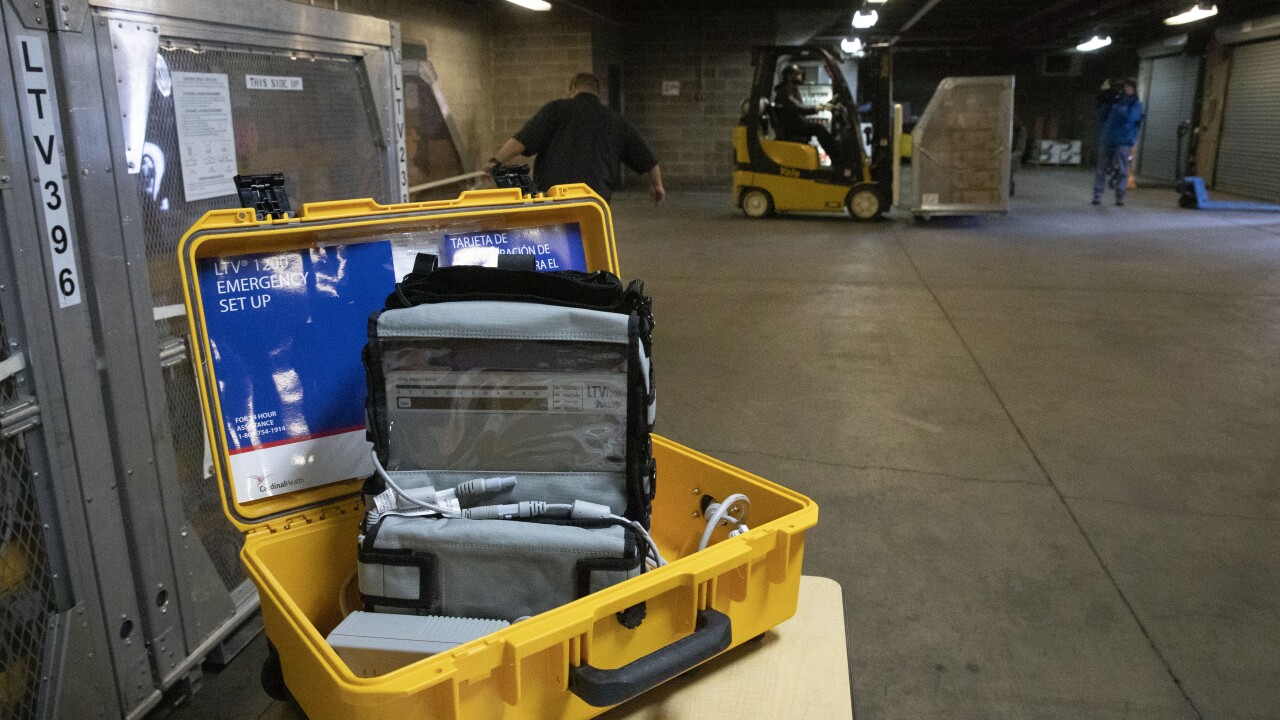 Mark Lennihan/AP
A ventilator is displayed during a news conference, Tuesday, March 24, 2020 at the New York City Emergency Management Warehouse, where 400 ventilators have arrived and will be distributed. Gov. Andrew Cuomo has sounded his most dire warning yet about the coronavirus pandemic on Tuesday, saying the infection rate in New York is accelerating and the state could be two to three weeks away from a crisis. (AP Photo/Mark Lennihan)

NEW YORK — Washington Gov. Jay Inslee said the state will return more than 400 ventilators of the 500 it has received from the federal government so they can go to New York and other states hit harder by the coronavirus.

The Democratic governor said Sunday that his statewide stay-at-home order and weeks of social distancing have led to slower rates of infections and deaths in Washington.

Washington has 7,666 confirmed cases of the virus and 322 deaths, according to a Johns Hopkins University tally on Sunday afternoon.

Oregon is also sending a shipment of its own to New York.