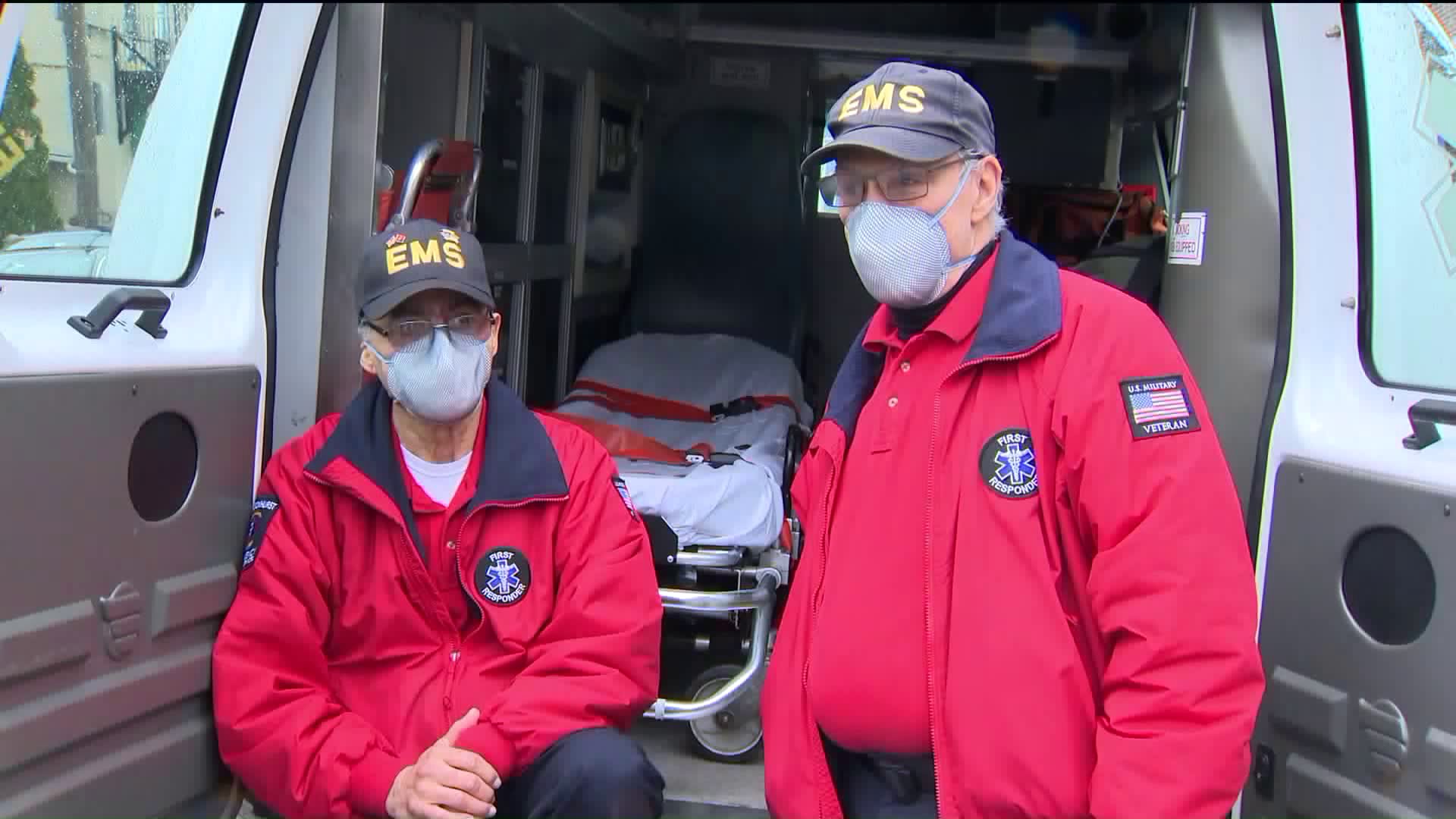 Volunteer ambulance services are being called to help with 911 calls as the FDNY’s EMTs and paramedics are strained from the skyrocketing number of calls.

BENSONHURST, Brooklyn — Volunteer ambulance services are being called to help with 911 calls as the FDNY’s EMTs and paramedics are strained from the skyrocketing number of calls.

“A lot more calls, sometimes we are working till two in the morning,” said Julio Vozzo.

They are some of the city’s unsung heroes. On the frontlines of the coronavirus crisis and important to note they are volunteers.

”With COVID-19, the Fire department has requested mutual aid from all the volunteer ambulance corps in New York City,” said Michael Marquez.

Marquez has a full-time job and is now working from home since the outbreak. He also runs Bensonhurst Volunteer Ambulance from their headquarters on Bath Avenue.

They're one of just 30 volunteer ambulance services throughout the five boroughs. They’re neighborhood based, serving their community. Normally they respond to calls in the area from residents. But now they’re being relied upon to answer 911 calls all over the city.

“The 911 system is being inundated typically there are 4,500 emergency calls this time of year right now we’re seeing numbers as high as 6,500 911calls,” said Marquez.

The FDNY reporting today 24% of their EMS members are out sick.

“When the chips are down the volunteers in New York City really step up to the plate,” said Martin Grillo, head of Emergency Medical Rescue.

These volunteers are facing the same concerns as the police and fire departments. In recent weeks they have treated patients who later tested positive for COVID-19. They’re doing the best they can with the protective gear they have.

“We know we’re putting our lives at risk but we push that to the side people need help we’re going to do it,” said Vozzo.

“Typical social distancing is six feet in the back of an ambulance I don’t have that kind of space to work with were literally right next to the patient as we are giving them care,” adds Michael Marquez.

They have a choice to volunteer or not during this difficult time in our city - but they continue meeting the call of duty. This crew - veterans who say only one other time in history comes close.

“Only in Vietnam not out here I’ve never seen anything like this before my life not here in the city not anywhere else,” said Vozzo.

Bensonhurst Volunteer Ambulance corps is a team of eight and they have two ambulances. They’ve increased the number of volunteer shifts.