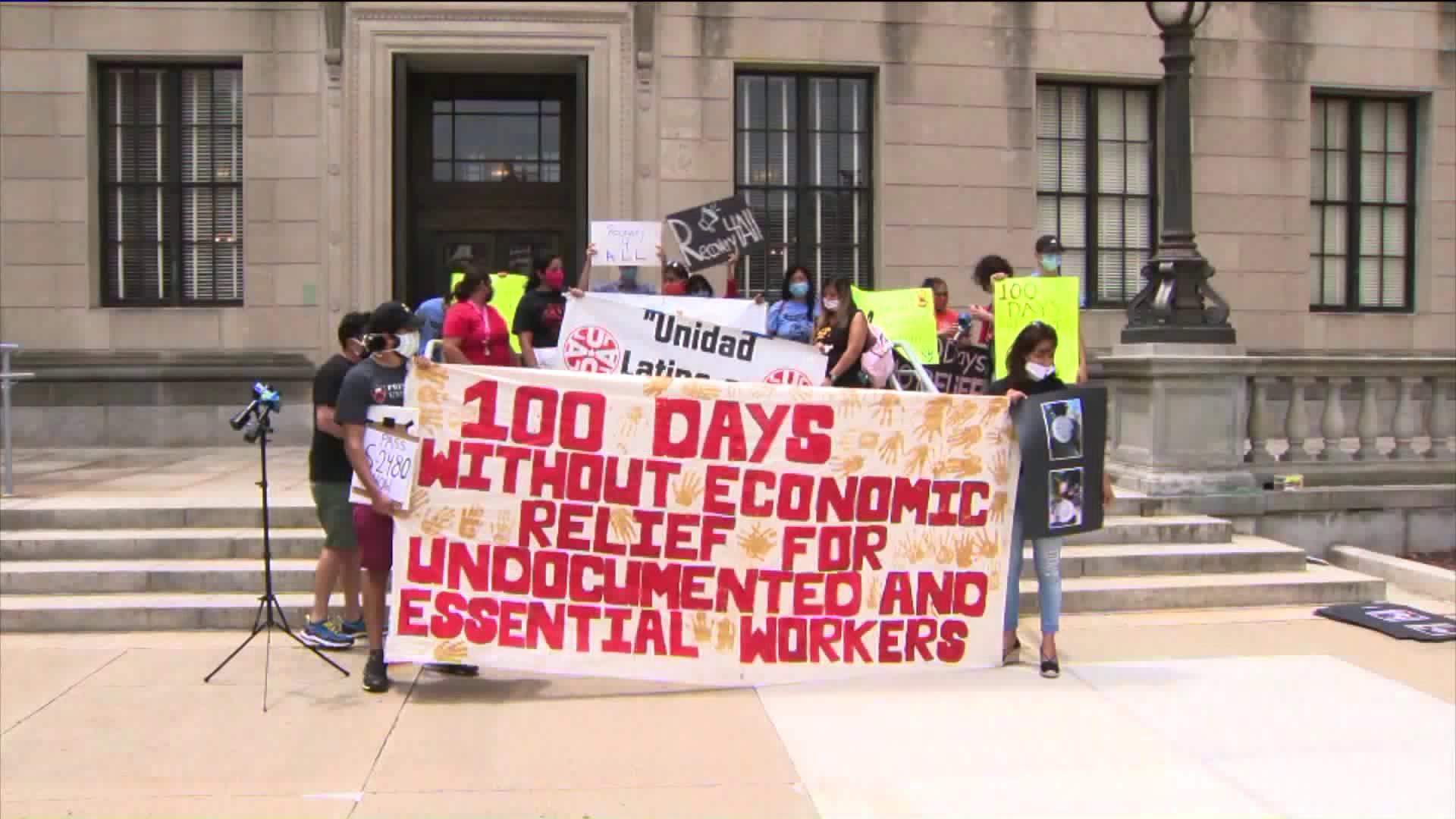 A new report from political think tank New Jersey Policy Perspective says that tax-paying, undocumented workers represent over $1.2 billion in payments towards the unemployment system, but they are exempt from CARES Act relief and unemployment checks. 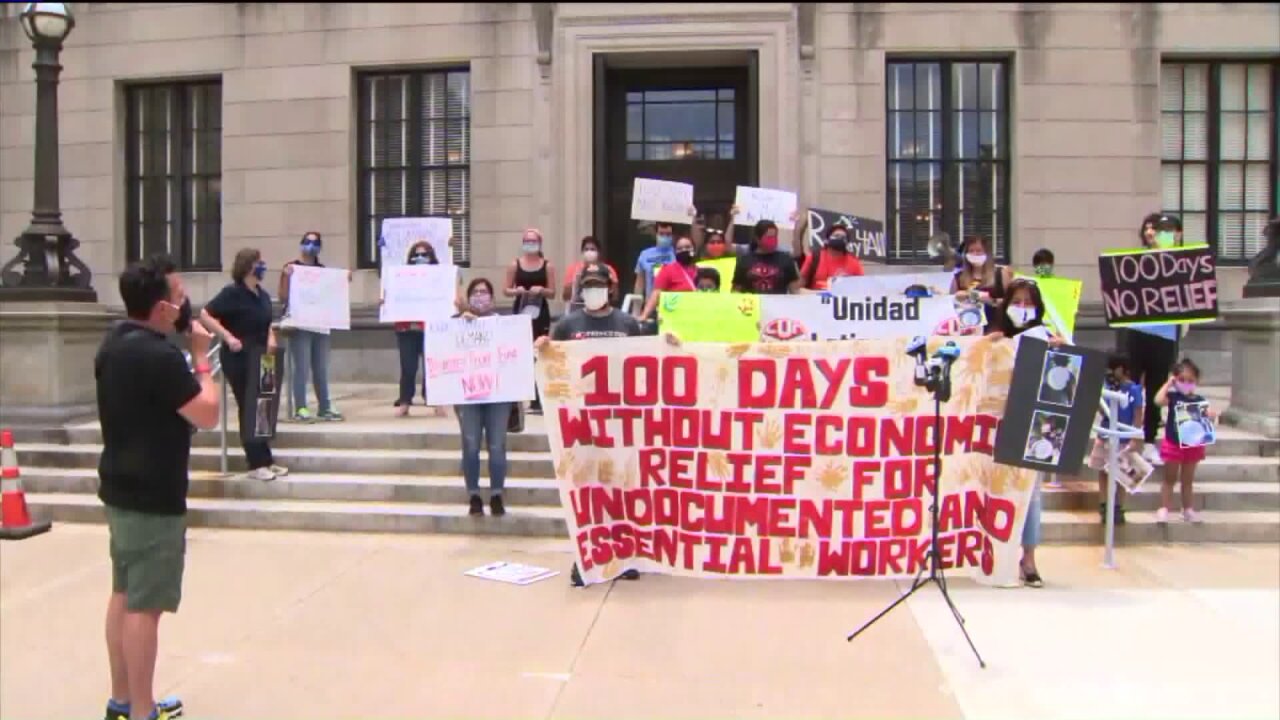 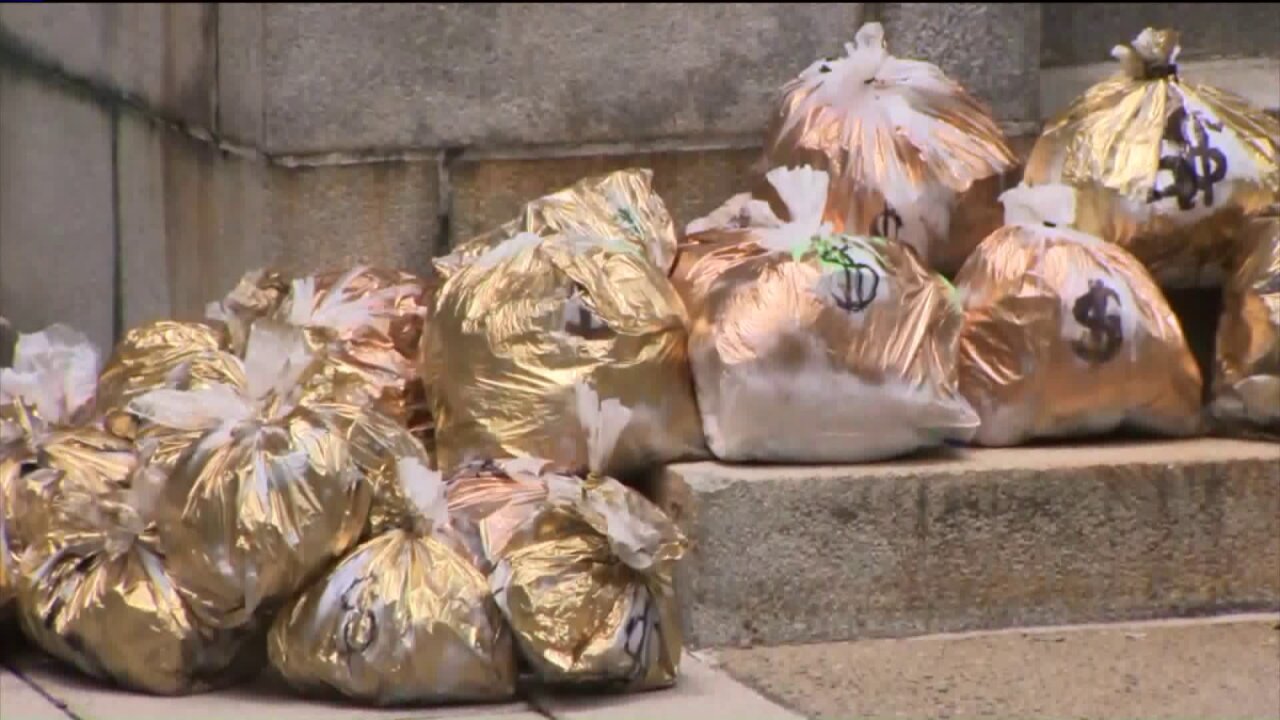 TRENTON, N.J. — It’s been 100 days since New Jersey Governor Phil Murphy declared a state of emergency due to the coronavirus pandemic and undocumented workers marked the day by piling bags of fake cash on the state house steps to represent the taxes they pay into the unemployment system without receiving benefits back.

"At the beginning of March, I had no job," said Haiti Cordero, through a translator.

Cordero was working as a child care provider prior to the crisis and wound up contracting COVID-19 in the days that followed.

"I couldn’t pay my bills or buy food," said Cordero.

A new report out Wednesday from political think tank New Jersey Policy Perspective says that tax-paying, undocumented workers represent over $1.2 billion in payments towards the unemployment system, but they are exempt from CARES Act relief and unemployment checks.

"It is critical that we do not leave our communities behind," said State Senator Teresa Ruiz, who is sponsoring a bill in the New Jersey legislature that would give undocumented workers a one-time stimulus check of $1,000.

Undocumented workers are also calling for Governor Phil Murphy to create a disaster relief fund that would give out $600 per week, including back pay, to each undocumented, displaced worker.

The Governor did not address these workers concerns during his daily coronavirus briefing, but in a statement to PIX11, the Governor's press secretary Alyana Alfaro Post said:

“Governor Murphy believes that immigrants are a critical part of the fabric of New Jersey and understands that the ongoing COVID-19 pandemic has had a disproportionate effect on our immigrant families," said Alfaro
Post. "The virus has created an unprecedented fiscal reality for New Jersey, one that has required the State to implement spending cuts nearly across the board and limit additional spending measures. The State will continue exploring solutions for residents facing financial hardship.”

The stimulus bill pending in the legislature is awaiting a hearing in the Senate Budget and Appropriations Committee before it can be considered by the full senate and the Governor.

"We are not asking for much," said Neida Morsy, an organizer with advocacy group Make the Road New Jersey. "People who paid into the system, why can’t they receive what they already paid into?"