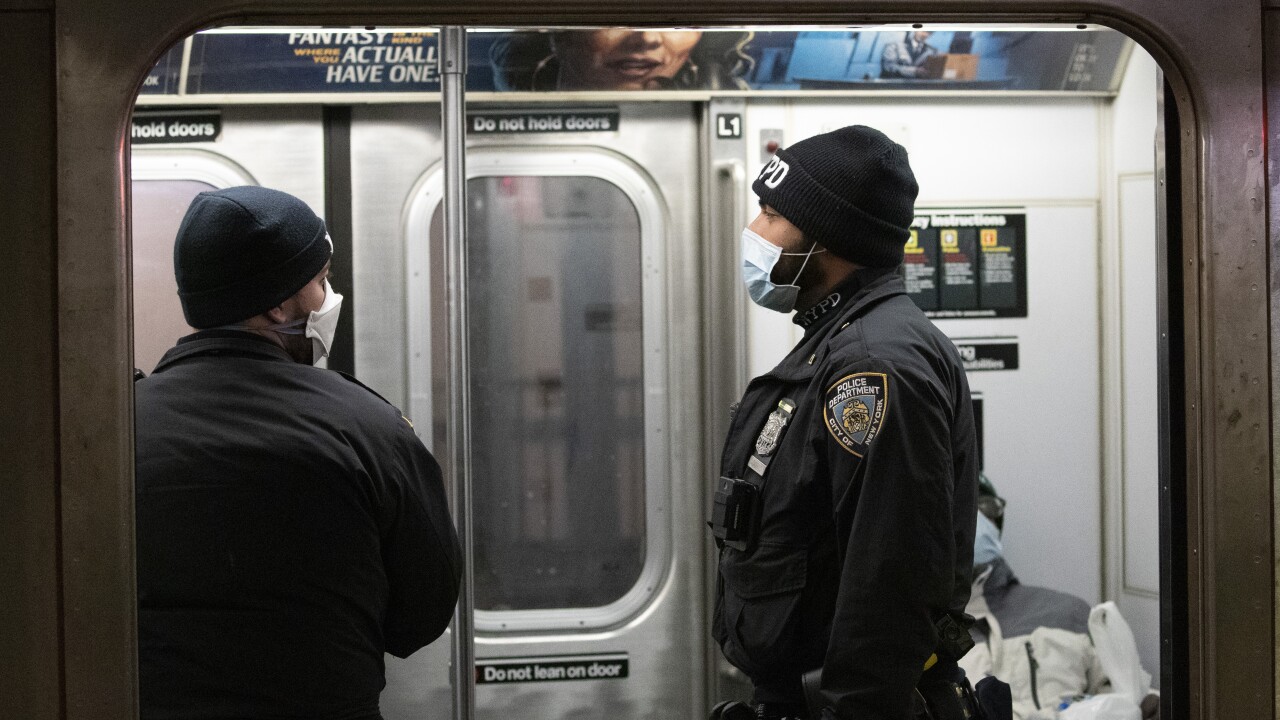 The grisly discoveries come as the MTA and NYPD continue to grapple with homeless population increasingly taking shelter on city trains amid the coronavirus pandemic.

According to police, transit workers found the body of a 56-year-old man around 9:30 p.m. Friday on a C train at the 168th Street station in Washington Heights area of Manhattan.

Then on Saturday, just before 8:30 a.m., a passerby came upon a 61-year-old man unconscious and unresponsive on a No. 4 train at the Utica Avenue station in Brooklyn, cops said.

After a 911 call, EMS responded and pronounced the man dead. The NYPD has identified the deceased as Robert Mangual.

The city medical examiner tested both men for COVID-19 after they died, according to the mayor's press secretary, Freddi Goldstein. One of the tests was negative for the virus and the other is pending, Goldstein said.

"These tragedies are heartbreaking and we are fully cooperating with the NYPD on their investigation," said Ken Lovett, Senior Adviser to MTA Chairman and CEO Pat Foye.

"We have repeatedly said the subways are no replacement for shelter and if these two individuals were indeed homeless, as suspected, it's clear more needs to be done by the city to ensure all New Yorkers have access to needed shelter and services," Lovett's statement said.

On Wednesday morning the MTA will launch an unprecedented new schedule that sees the city's subway system shutting down nightly between 1 a.m. and 5 a.m. so that MTA employees can clean and disinfect trains at least once every 24 hours.

At least 98 transit workers have died from coronavirus, with many more out sick in recent weeks.