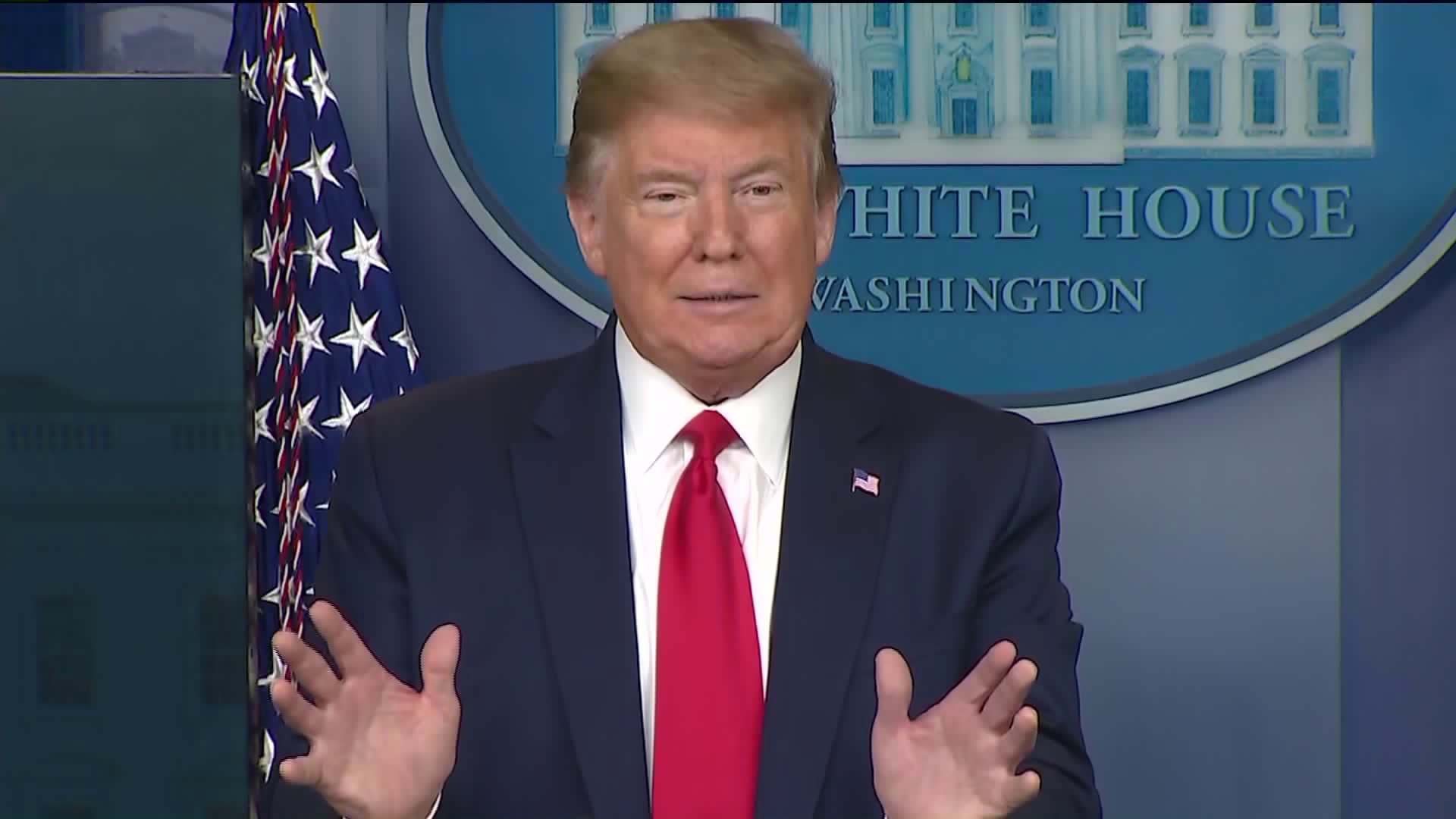 Trump said he has 'total authority' as president.

WASHINGTON — "When somebody's the President of the United States, the authority is total, and that's the way it's got to be."

That statement from President Donald Trump, along with several others, is sure to set off fierce debates over what the Constitution says about presidential power.

Trump is locked in a heated debate with several governors over who will make the call, when it’s time, to reopen individual states for business.

For their part, New Jersey Gov. Phil Murphy and New York Gov. Andrew Cuomo announced earlier Monday they're now working with other states in the region to coordinate a strategy to reopen.

California, Oregon, and Washington State are doing the same.

Cuomo also acknowledged the president could use his authority to step in with a new federal plan.

"They want to take it back? How are you going to do it, Mr. President? Answer the question," he said.

It’s worth noting that Trump insists he will consult with experts and the states before making the call to reopen under his so-called "total authority."

"We're starting to see in some areas now, that kind of flattening, particularly in a place that was a hotspot like New York," said Dr. Anthony Fauci.

The latest good news is that hard data shows the light the light at the end of the tunnel as businesses remain shuttered from Herald Square to Times Square, and beyond.

Tens of thousands of jobs and hundreds of millions of dollars sucked out of the economy.

Columbia University public policy lecturer Basil Smikle said the stakes are so high because the COVID-19 curve could spike again if states fail to reopen properly, too soon, and without coordination.

"We are so interconnected that we have to make decisions collectively about how to bring back something as important as our economy," he said.