Trump declares major COVID-19 disaster in NY, but not NJ 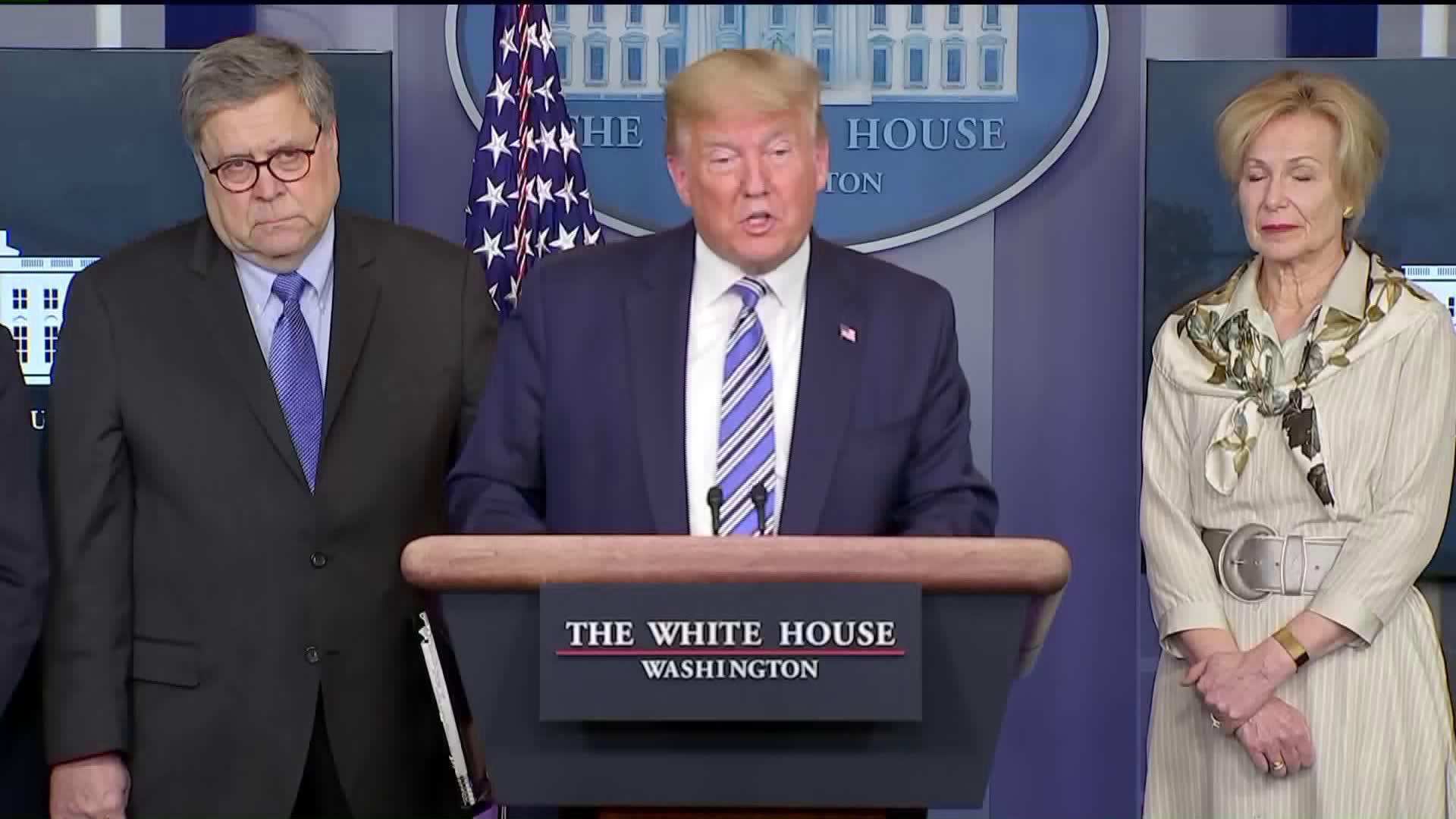 New Jersey has the second most cases of COVID-19 in the nation.

NEW YORK — President Donald Trump said Wednesday he'd declared a major disaster declaration in five states, including New York, but not New Jersey, despite the state having the second most COVID-19 cases in the nation and Gov. Phil Murphy asking for help.

In his daily briefing, Trump remained intent on re-opening parts of the country by Easter, despite advice from medical experts to the contrary.

"There are large sections of our country probably can go back much sooner than other sections, and we're obviously looking at that also," he said. "People are asking, 'is that an alternative?' and I say, 'absolutely. It is an alternative.'"

Mayor Bill de Blasio told New Yorkers in his briefing that April will be worse than March, and that even May could be worse than April.

"The idea that we may be back by Easter — I don't know where that idea comes from," the mayor said. "Certainly does not apply to anything we're seeing here in New York City."

Meanwhile Gov. Andrew Cuomo said even as the pandemic grows, there are now concrete signs that social distancing is slowing the spread of coronavirus.

"The evidence suggests that the density control measures may be working," he said.

Sunday, projections showed the cases were doubling every two days — higher than Italy.

By Monday that projection changed to doubling every 3.4 days, and by Tuesday it was nearly every five days.

Those projections come as more first responders are getting diagnosed with the virus, including 34-year-old Christell Cadet, who is fighting for her life inside the ICU in critical condition.

The FDNY Wednesday called for New Yorkers to only call 911 for emergencies, saying they've gotten a lot of medical questions, and questions about testing — which they said is not what 911 is for.