Thousands of NJ renters get eviction notices despite moratorium 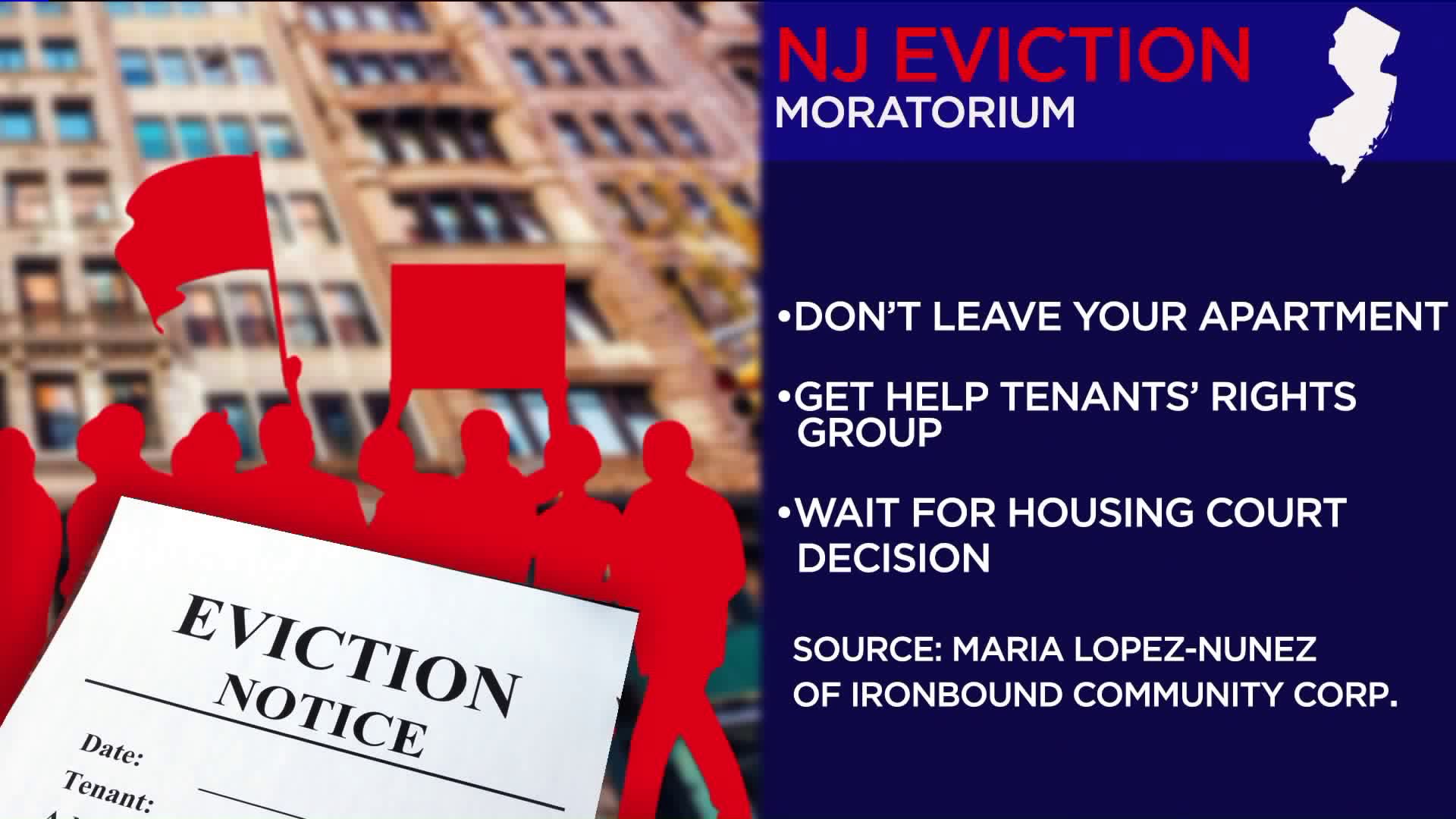 Rent is an ongoing worry for many suffering financially during this pandemic and, even though they are not supposed to, landlords are sending out eviction notices.

NEWARK, NJ — Rent is an ongoing worry for many suffering financially during this pandemic and, even though they are not supposed to, landlords are sending out eviction notices.

More than 15,000 eviction notices have been sent out to New Jersey residents during the pandemic even though Governor Phil Murphy issued an eviction moratorium, preventing people from being locked out even if they don't have money to pay rent.

Maria Lopez-Nunez, the deputy director of the Ironbound Community Corporation, advised tenants not to leave their homes.

The moratorium is supposed to stop evictions through October, but it may be extended even longer.

Lopez-Nunez is worried residents may believe their landlord’s empty threats.

“The landlords are cutting off electricity and water,” Lopez-Nunez told PIX11 News. “They are making threatening phone calls, putting notices on people’s doors. That’s a lot of psychological stress they’re under at the moment."

Tenant organizers said they want to remind residents that there are protections in place.

They also want tenants to remember three key points: Tenants should not leave their apartment immediately, no matter what threats the landlord is making; tenants should get help from the city, the state or a tenants’ rights group and tenants should always wait for Housing Court, not the landlord, to determine if the eviction is legal.

More than 35 percent of New Jersey residents are renters and many are waiting and hoping that their stimulus checks, which expired before Aug. 1, will be renewed soon.

“Someone should make a decision,” Henry Carneiro, a Newark resident, told PIX11 News. “I need that money."

Carneiro isn't the only Newark resident with concerns.

"We want to add it to our savings to buy our first home," Mario Laino said.